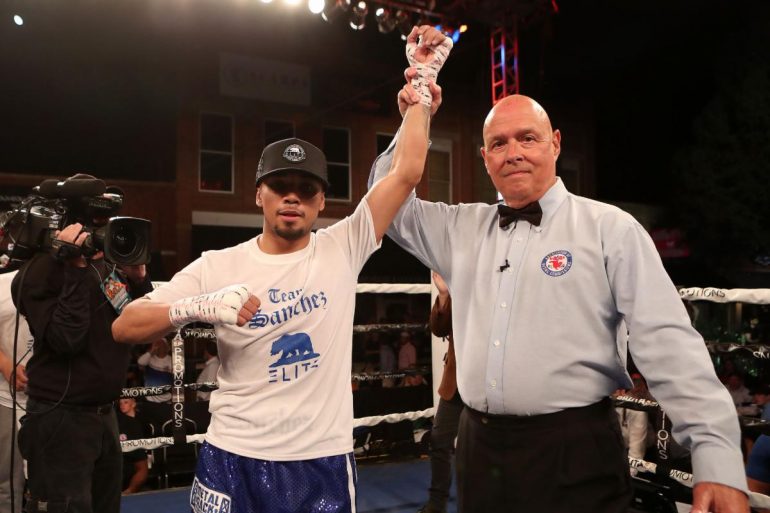 Saul Sanchez proved that his pre-bout prediction of a knockout victory over Ja’Rico O’Quinn was not just talk.

He backed it up with his fists as he floored O’Quinn three times with big bombs in the opening round of their “ShoBox” main event to secure a first-round knockout in a statement-making victory for the hot bantamweight.

The 24-year-old Sanchez (17-1, 10 knockouts), who hails from the Los Angeles suburb of Pacoima, first dropped Detroit’s O’Quinn with a crisp left hook. He beat the count but Sanchez, back under the helm of renowned trainer Manny Robles, planted him on his rear for a second time from a right hand. 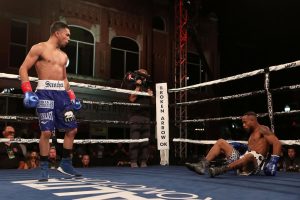 Still on wobbly legs, O’Quinn was allowed to continue by referee Gary Ritter. That proved to be a big mistake as Sanchez came gunning out of the neutral corner looking for blood and had O’Quinn out on his feet from a huge right hand. Moments later, Sanchez fired a six-punch combination for extra measure that nearly sent O’Quinn through the ropes. That was when Ritter finally waved off the fight at 1:58 of Round 1, Friday evening, at Central Park Community Center in Broken Arrow, Oklahoma.

The previously unbeaten O’Quinn (14-1-1, 8 KOs), 26, was fighting for the first time in 20 months and sure looked like it in the short amount of time he spent in the ring. Sanchez entered the bout having fought four times in the previous 19 months and it paid tremendous dividends as he collected his third first-round knockout in his last four fights.

The victory also marked the fifth straight for Sanchez since a surprising split decision loss to Edwin Rodriguez back in August 2019.

According to CompuBox, Eranosyan landed 199 of 585 punches (34 percent), including 43 percent of his power shots. Guerrero, who dropped his second consecutive fight, landed 135 of 584 (23 percent).