Sergio Martínez returns on Saturday with win, then belt in mind 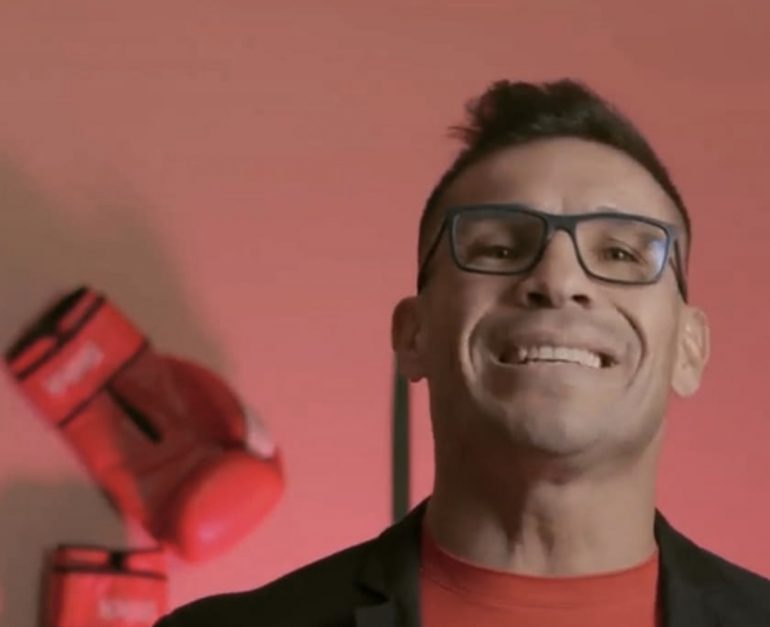 The tidal wave of older fighters returning to action shows no signs of slowing down. And this Saturday, September 25, another former great will make a fresh attempt to return to his old glories when Argentina’s Sergio Martinez faces England’s Brian Rose at the Plaza de Toros Valdemoro in Spain, in a scheduled 10-rounder in the middleweight division.

This one, however, feels a little bit different from the rest of the current crop of un-retirements. Martinez (53-3-2, 30 KO), who has been living in Spain since the turn of the century, will be fighting for the third time in a little over 12 months in what he considers a serious attempt to restart his career towards a clear goal. 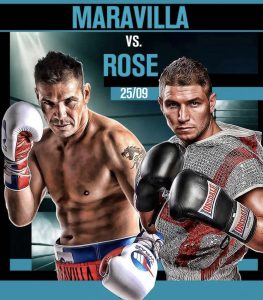 “I aim back looking for a real achievement, like I always did,” said Martinez in a phone conversation, trying to separate himself from the “exhibition” and the “fighter vs. influencer” crowd. “Large purses are great, but what I look for is a challenge, in the ring and for my own satisfaction, to improve my record, to leave a better image and leave a mark, and to let everyone know that I was able to return to boxing at the age of 43 after four years away and be ready to achieve something great.”

Big purses eluded Martinez during most of his career, but once he achieved the financial stability that he craved, his goals were set on something completely different. And he continues to honor that commitment to putting his legacy before anything else.

“I discussed this with (WBO 154-pound titlist) Brian Castaño when we talked about his fight against (The Ring’s junior middleweight champion Jermell) Charlo. I said ‘Brian, you will be fighting for money, right? I will pay you three times more than what you are getting, only if you take a dive. Would you do it?’ and he said ‘no way!’ And I would say the same… I am looking for my own personal existential success, the one that will allow me to look at myself in the mirror with dignity and pride, just as I have done it so far in my life and in my career. I always gave my best and I am super happy and proud, and I want to improve on that, nothing more.”

In that quest, he will be facing a stiff test in Rose (32-6-1, 8 KO), a motivated former title challenger who could easily resurrect his career with a high-profile win against Martinez.

The fight suffered a few postponements, but it is finally here.

“We did have a few setbacks, but it is a difficult moment. We’re trying to overcome a pandemic, and other moments of uncertainty,” said Martinez. “They force you to make your best effort, to stay motivated on your own, to stay active and stable. What I am looking for now is a chance for a world title, so Rose is a good opponent to check where I am right now. He was a title challenger, a former British champion, he has a good career and he is not someone who will be easily impressed by my experience. And I like that.”

After retiring in 2014 mostly due to a severe knee injury that would not heal properly, Martinez is very aware of the fact that the way he feels during training will determine the approach he will use in the fight, but he claims he feels strong and fast for his age – and most importantly, as mobile as he was in his heyday. 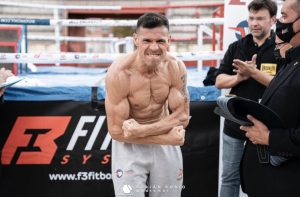 Martinez sure does look good physically. Let’s see how his body reacts to real deal in ring action.

“It was a great camp, more than 14 weeks of intense training, where I was able to increase my work rate. In the sixth week I was already weighing 85 kg (187 pounds), all muscle and no fat. I wanted to feel strong and well. I made a few changes in my diet and in my physical training to find the right balance between strength and weight. Today I find myself very fast, very strong and with great reflexes.”

After facing two easier challenges in Jose Miguel Fandiño and Jussi Koivula in his 13-month comeback trail, Martinez sees Rose as a step up in level of competition, one that will allow him to showcase not only his progress but also his readiness for bigger and better challenges.

“I have great expectations because Rose is a fighter that allows you to work and to develop a plan, he is not an aggressive fighter who doesn’t leave room for you to develop your strategy, he is a fighter who takes his time for everything. He has good technique, and he is a veteran but not so much due to his age, but rather for the amount of fights that he has. He has almost 40 fights and he is very motivated, which is great for me because I want to beat the best version of Brian Rose.”

A lofty goal, especially during times like these when boxing itself is not showing its best possible version. Fights between celebrities and older boxers, MMA fighters trying their hand at the “sweet science of bruising” and other anomalies are populating the scene right now, and although Martinez reluctantly approves them, he refuses to be a part of that crowd.

“Let’s say I see it as a positive thing for boxing,” he says. “I see the influx of influencers into boxing as a good thing. A lot of people are against them, but we have to accept them, they are here. Changes are coming. Just as women’s boxing was not well received back in the day, or when they reduced the number of rounds from 15 to 12. Changes are inevitable. But I am currently focused only in my career and in finding a chance to fight for a title again, and to leave everything in search of my title belt, whether it is against (Gennady) Golovkin, (Ryota) Murata, (Chris) Eubank (Jr.), or anybody else. If Oscar de la Hoya is there and a title is on the line, it would be fantastic, it would be an honor to be in the ring with a fighter of his caliber. But not for an exhibition. Today, I am focused on winning a real belt, not a phony one.”

Earning any of those opportunities would take a very impressive performance by Martinez in this outing. But he raised through the ranks as a perennial underdog, and now that he can pick and choose his opponents he believes he has the chance to truly show what he is capable of.

“It is tough to make a prediction,” said Martinez. “I am working hard to win by stoppage, and I am working towards that. I have the ability, the talent, and the hours of training on me to be able to do that. It is not just a wish. I am working on that, and on trying to redirect my career towards a world title, against anyone. They are all have the ability to knock me out, all of them. But so do I.”