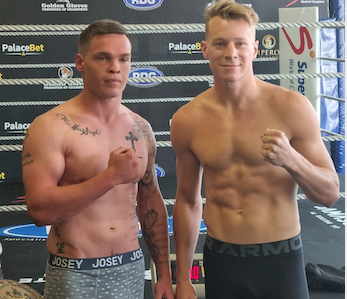 Rodrigues, left, wants to knock Ray from the ranks of the undefeated. Photos by Malan
24
Sep
by Droeks Malan

With live crowds still not allowed at sporting events, the fight game has been spluttering along under very difficult circumstances in South Africa. However, action-starved fans will be able to get their fix this weekend, albeit from the safety of their homes. 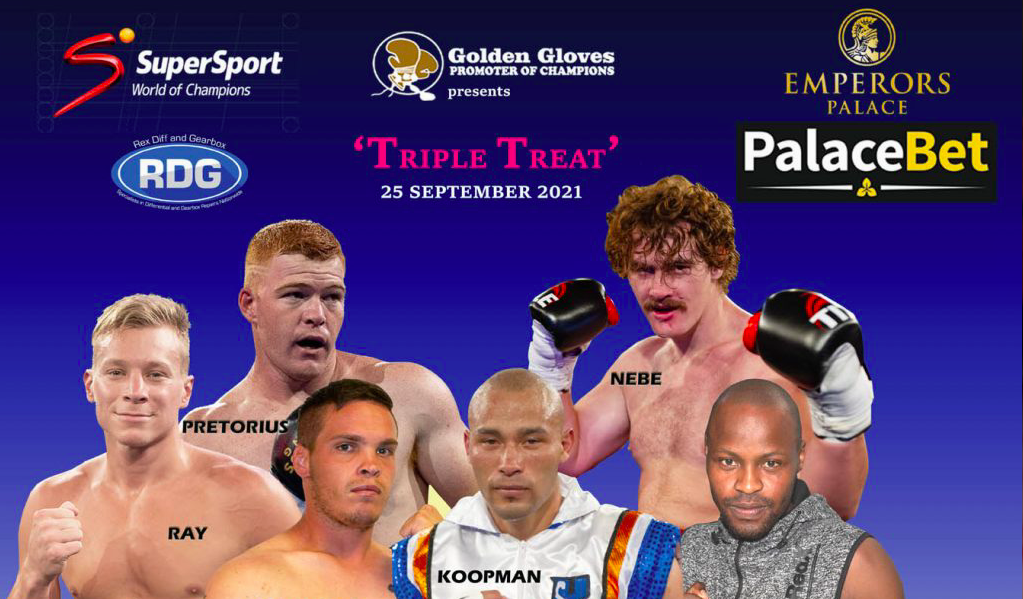 Junior middleweight Shervantaigh Koopman has yet to put a foot wrong, running his record to 7-0 with five knockouts. His last fight was an all-action war against fellow undefeated Jacques Muvud from the Democratic Republic of Congo. Koopman has shown that he has the heart and conditioning to get through difficult spots, but he has yet to go beyond six rounds.

He will be challenging the national champion, Simon Dladla, over 12 rounds. Dladla also has five knockouts included on his 6-1 record and is known as a guy who can crack. He has gone as far as ten rounds in his only distance win, and it could be argued that he has faced the better quality of opposition. 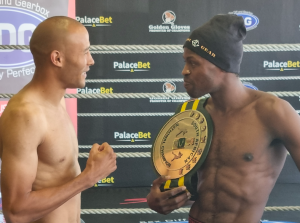 He was, however, stopped in the first round in his last outing in December last year, suffering his only defeat against Roarke Knapp, though his national title was not on the line. It remains to be seen how he will bounce back from that defeat.

Undefeated 6-0 Cowin Ray has the looks of a matinee idol and has so far looked the goods, but he is still untested. That may well change when he takes on Frank Rodrigues over 12 rounds for the vacant South African 168-pound title.

The hard charging 7-3 Rodrigues, nicknamed “The Tank,” has a reputation for going to war and he should make us find out how Ray reacts under pressure. After an unsuccessful challenge for the South African light heavyweight title back in 2019, he has made the move down to the super middleweight division and has looked the better for it.

Then there is the big boy of South African boxing, the 5-0 heavyweight prospect, Wilhelm Nebe.

South Africa is crying out for another heavyweight star along the lines of Gerrie Coetzee or Corrie Sanders, or even Johnny du Plooy or Pierre Coetzer, someone who can capture the imagination of the public and shine a much-needed spotlight on the sport.

Standing almost seven feet tall and nicknamed “The Dragon,” Nebe can punch and has so far been able to take everything that came back at him. Heavyweight careers have been built on not much more than that. He has shown the dedication needed in the gym and has shed substantial weight. The way he finishes his fights, putting opponents on their backs, have made people take notice, but he will face his first stern test when he takes on Josh Pretorius. 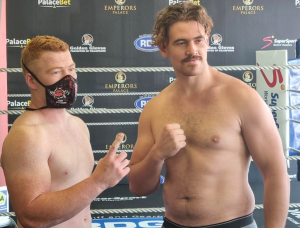 Can Nebe, right, advance to be a Coetzee-level attraction..or at least a Coetzer-level talent? Pretorious, left, wants to stop the momentum.

The 7-5 Pretorius comes to fight and win or lose, has always given his opponents all they could handle. In his last fight he dropped a 12-round decision to another undefeated fighter, Tian Fick, for the national title, a strap Nebe has his eyes on.

He will first have to get past Pretorius, though.

The card also features the return of junior bantamweight Ricardo Malajika, who suffered his first defeat in his last outing, dropping a decision to Sabelo Ngebinyana. He should not have too much trouble disposing of 2-5-1 Khayalethu Mbedje.

The card is presented by Rodney Berman of Golden Gloves Promotions.