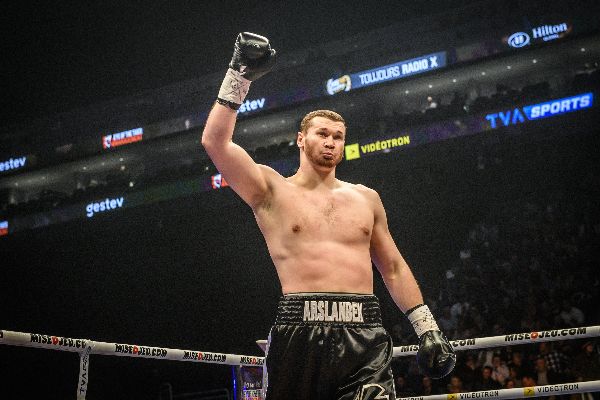 The undefeated heavyweight prospect dropped Teper with a sweeping left hook late in the round. Prior to making a thud on the canvas, Teper was tagged by his counterpart exclusively with rights to the head before his body was opened up for attack.

The 6′ 5 1⁄2″ Makhmudov (13-0, 13 knockouts), who was born in Mozdok, Russia but trains out of Montreal, chased his man back down and stunned him with a stiff right hand. Teper attempted to hold but Makhmudov escaped and connected with a left hook that caused him to stumble to the canvas for a second knockdown. A third knockdown was scored after Makhmudov connected with a double left hook.

Teper (21-4, 13 KOs), of Germany, somehow made it out of the round but failed to come out for the second frame.

Of his victories, Makhmudov has scored 10 first round knockouts. Teper, who came into the fight very overweight, was stopped for the second time in his last four fights.