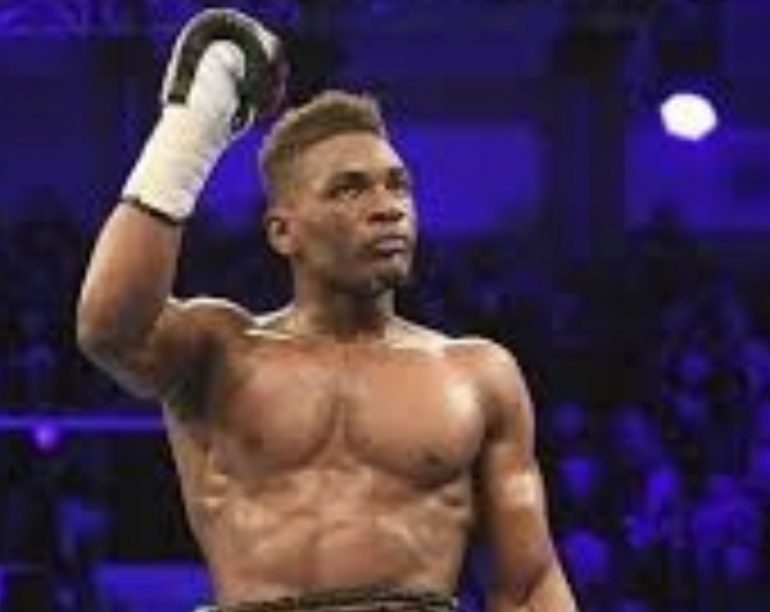 Edgar Berlanga, David Morrell, and Vladimir Shishkin are all on the doorstep to enter the upper echelon of the super middleweight division. Christian Mbilli is also in the mix.

Mbilli has put together an unbeaten record against modest opposition and is eager to take that next step forward. He must get by Ronny Landaeta Thursday night at the Centre Videotron in Quebec City, Canada. 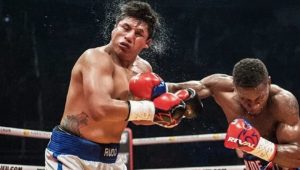 Soon we will see how a better breed of fighter handles the power of Mbili.

The 10-round bout will precede the main event contest between unbeaten heavyweight Arslanbek Makhmudov and Erkan Teper. Both fights will stream live on punchinggrace.com (6:30 p.m. ET/ 3:30 p.m. PT).

At Wednesday’s weigh-in, both fMbili and foe weighed in at 167.8 pounds.

Mbilli (18-0, 17 knockouts), who is originally from Yaounde, Cameroon and now resides in Pornic, France, last fought on April 22, stopping Mexico’s Jesus Antonio Gutierrez in round 5. He has stopped his last four opponents.

The 26-year-old is a 2016 Olympian who has complemented his punching power with an improving skill-set, it appears. Promoter Camille Estephan believes Mbilli is only going to get better and a world title fight in the next couple of years is within his reach.

“We are very high on Christian,” Estephan told The Ring Tuesday. “He is a priority to us. (He is) a consummate professional, super-talented with a great work ethic. He makes me think of a French Marvin Hagler.

“He’s ready for the top guys, just a matter of getting there.”

Mbilli made his pro debut in February 2017, fighting seven times that year.

Landaeta (18-3, 11 KOs), who is originally from Altagracia di Orituco, Venezuela and now resides in Barcelona, Spain, defeated Nizar Trimech by unanimous decision in his last bout on August 13. The fight took place over eight months after he lost by unanimous decision to super middleweight prospect Kevin Lele Sadjo.

Other notable fights for the 38-year-old were decision losses to former world title challenger Robin Krasniqi in November 2018 and to unbeaten Aslambek Idigov five months later.

Four more fights featuring talent from the Montreal and Quebec City area will round out the Eye of the Tiger Management card.

Makhmudov and Teper weighed in at 260 and 264 pounds, respectively.