Division by Division: The Greatest Fighters of All Time 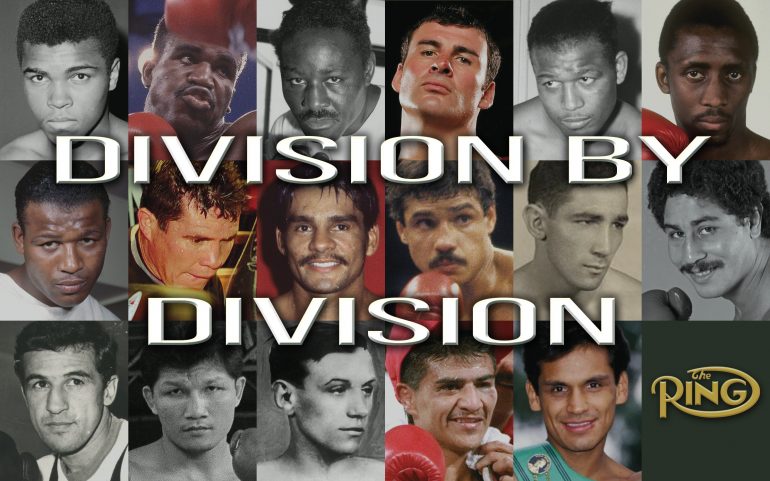 A PANEL OF HISTORY-MINDED EDITORS, SCRIBES AND PUNDITS CONTRIBUTED THEIR TOP FIVE FIGHTERS IN ALL 17 OF THE MODERN WEIGHT CLASSES TO DETERMINE THE BEST OF THE BEST IN EACH DIVISION

Boxing as we know it has been around since the Queensberry rules came into place in 1867. However, it wasn’t until 1903 that all eight of the original weight classes – flyweight, bantamweight, featherweight, lightweight, welterweight, middleweight, light heavyweight and heavyweight – were firmly established.

With the advent of “junior” and “super” weight classes over the decades, the number gradually expanded from eight to 17 – possibly 18 if the WBC’s fledgling bridgerweight gets off the ground – and while that’s way too many in the opinion of boxing purists, we have also witnessed a plethora of outstanding fighters occupy each division.

As a teenager, this writer was captivated by the cover feature for the May 1994 issue – entitled “Division-by-Division: The Greatest Fighters of All-Time,” penned by then-Editor-In-Chief Steve Farhood – and, as an adult, I wondered just how things would look in each weight class over a quarter of a century later.

To single out and rank the best fighters of all time in every division is a very difficult and subjective task. The Ring enlisted the services of various historians and writers, including Farhood, current Editor-In-Chief Doug Fischer, Managing Editor Tom Gray, Lee Groves, Stephen Edwards, Cliff Rold, Bob Yalen and myself.

I reached out to each of the panel and asked them for their top five in each division. Once I had everyone’s compilations, I assigned five points for the No. 1 selections, four points for No. 2,  three points for No. 3 and so on, then totaled up everyone’s scores.

If you’re curious about the all-time top five rankings of each individual panelist, click the “voting statistics” button below.

In the meantime, enjoy the overview of each weight class — grouped into the following four sections — and let the debate begin.