Edgar Berlanga added to Oct. 9 Fury-Wilder undercard, which is actually kind of stacked 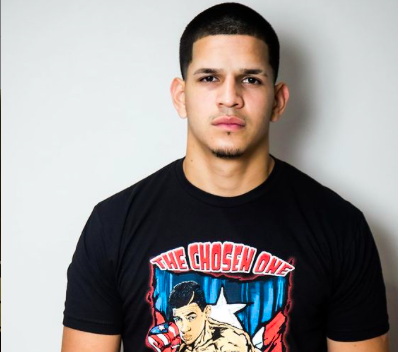 Hyperbole is one of the most common languages spoken in the boxing space. Undercards are always “stacked” and “loaded” these days, have you noticed?

Much, maybe most of the time, I think the press releases I receive are a bit over the line, too gush-y about the support bouts paired with main events. But the Oct. 9 card at T-Mobile in Vegas topped by the third danceoff between Tyson Fury and Deontay Wilder, truly, that undercard has elements to it that should make plenty of folks curious enough to want to get there early.

Word dropped today that Edgar Berlanga, positioned to possibly become that next big pugilistic thing out of NYC, will do battle at T-Mobile, meeting Marcelo Esteban Coceres in a super middleweight waltz. 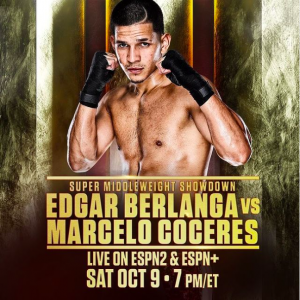 Also, Julian “J-Rock” Williams will scrap with Mexico’s Vladimir Hernandez in a 10-round junior middleweight bout. That’s the Philly fighters’ first fight since losing his straps to Jeison Rosario in January 2020. Those two fights will screen on ESPN2, ESPN Deportes, FS1 and FOX Deportes, and simulcast on ESPN+. Prelim bouts stream live on the ESPN App and FOX Sports App starting at 4:30 p.m. ET, for the record.

Some of you might be underwhelmed, because Coceres has a nice record, 30-2, but it’s not built on the firmest ground. The Argentine lost to BJ Saunders in 2019, and then to 15-2 Sebastian Papeschi in his second to last outing.

And some also might note that the 12-4 Hernandez is in the journeyman category.

But what about some other fights on the card? Efe Ajagba (15-0) fights Frank Sanchez (18-0) in the 10-round co-main event, spotlighting heavyweights. Then there’s the Robert Helenius-Adam Kownacki heavyweight rematch, as well as the step-up test for 21-year-old Jared “The Real Big Baby” Anderson, who meets Russian veteran Vladimir Tereshkin in another heavyweight tussle.

Semi stacked, at least, all told, I’d venture to say.

Yes, Berlanga at 17-0 with 16 KOs will be heavily favored to handle Coceres. To get to legit stacked territory, we’d like to see Berlanga step up to meet a top 25 super middle, someone a notch up from Demond Nicholson. But give me a break. I’m trying hard to find bright spots in boxing, and with how the sport has been functioning and performing this year, it ain’t easy.