Gray Matter: Joshua and Usyk out to secure their greatest ever triumph 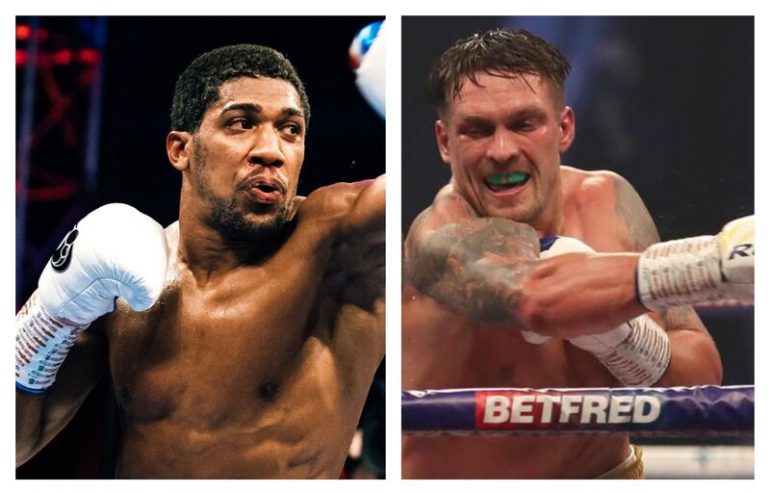 I’m only half right? OK, give me a chance.

Based solely on natural size, there’s no question that a victory over Anthony Joshua would be the crowning achievement in the career of Ukrainian southpaw Oleksandr Usyk. The former Olympic champion and cruiserweight dominator has only campaigned twice in the sport’s glamour division – a stoppage of late-sub Chazz Witherspoon and a decision win over Derek Chisora – and neither performance was sizzling.

Unified titleholder Anthony Joshua (24-1, 22 knockouts) has the deepest resume in heavyweight boxing. While Tyson Fury carries career definers over Wladimir Klitschko and Deontay Wilder, Joshua has been far more consistent, posting wins over Dillian Whyte, Klitschko, Joseph Parker, Carlos Takam, Alexander Povetkin and Andy Ruiz. All six of those fighters have appeared in the top 10 of The Ring heavyweight ratings and three of them still retain a spot on the list.

There’s likely to be a weight differential of approximately 25 pounds when Joshua and Usyk square off at Tottenham Hotspur Stadium in London on Saturday. Joshua also has a three-inch height advantage (6-foot-6 to 6-foot-3), a four-inch reach advantage (82 inches to 78) and, unlike the challenger, he carries knockout power in both fists. Indeed, if this fight was to be decided on physicality, then Joshua has already won.

But will it be?

Usyk (18-0, 13 KOs) is the first authentic world-class lefty that Joshua will have faced (yes, I’m fully aware that former AJ opponent Charles Martin was a southpaw). The challenger also had 350 amateur fights (335-15) and has competed against every style imaginable. And while Usyk is not known for his defensive finesse; his speed, mobility, reflexes and ring craft are sure to present Joshua with a much more elusive target than what he’s accustomed to.

Ironically it was the Chisora victory that made some fans and experts extremely pessimistic about Usyk’s chances. Despite the 34-year-old winning a 12-round unanimous decision, he was pressured bell-to-bell and gave up rounds to the gutsy British veteran. But “Del Boy” has always been a relentless, balls-to-the-wall pressure fighter who doesn’t mind taking punches in order to give some. Joshua, on the other hand, takes his time and has absolutely no interest in having his punch resistance tested.

The style confrontation in Joshua-Usyk could scarcely be more different.

Many feel that Klitschko was a bigger test for Joshua than Usyk could ever be. “Oh, that version of Wlad was much better than the one that fought Fury!” No, it was a comparable version of Wlad, but the former champion was more effective against Joshua because Joshua was easier to hit than Fury. It was a brilliant win; The Ring’s Fight of the Year for 2017 and the perfect chance for Joshua to prove his fighting guts, but Wlad was 41 years old, coming off a loss and 17 months inactive. Let’s keep it real.

On Saturday, Joshua, 31, faces a fresh and undefeated opponent whose motivation is bolstered by the opportunity to make history and secure a very special legacy.

If Usyk wins he will undoubtedly be hailed as the all-conquering hero. To move up in weight and dethrone a modern-day heavyweight of Joshua’s size and reputation would be an incredible achievement, comparable to the likes of Michael Spinks defeating Larry Holmes in 1985 and Evander Holyfield besting Buster Douglas in 1990. Hell, given Larry’s age and Buster’s waistline, it probably trumps both. But if Joshua wins this fight, then he deserves full credit for besting a hungry, ambitious and talented challenger who is determined to test him to his limits.

With great trepidation, I pick Joshua to win the fight, but he’s going to have to earn it.