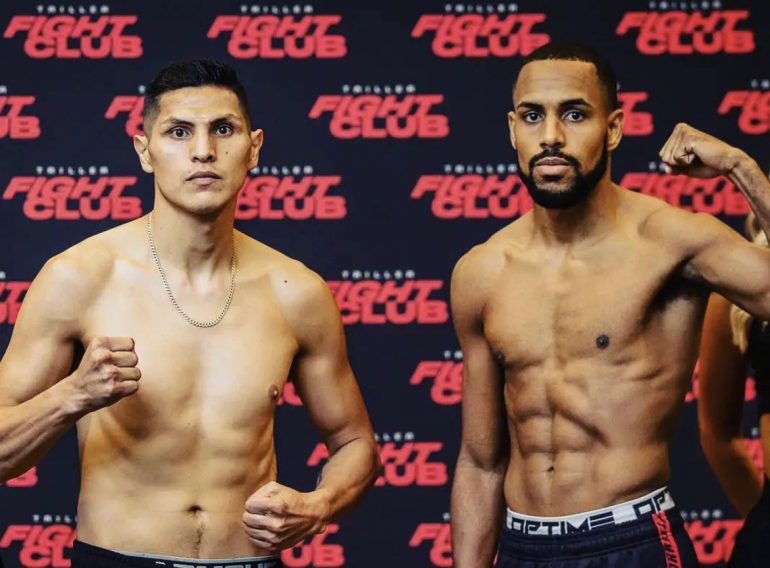 Pablo Cesar Cano was expected to give Puerto Rican up-and-comer Danielito Zorilla a stern test, but a body shot made quick work of the Mexican veteran.
14
Sep
by Ryan O'Hara

Pablo Cesar Cano said he would aim for the knockout from the opening round, but Danielito Zorrilla knocked him out instead.

Following the opening round that saw Mexican veteran Cano land the better punches, the Puerto Rican prospect closed the show in the second round of their junior welterweight fight Tuesday night at Seminole Hard Rock Hotel & Casino in Hollywood, Florida.

Zorrilla (16-0, 12 KOs) caught Cano, who hadn’t fought in nearly two years, with a left hook to the body and followed up with a hard right hand to his head as he was suffering a delayed reaction before he eventually took a knee along the ropes and spat his mouthpiece out.

His efforts were all for naught as Cano rose to his feet just after referee Frank Gentile reached the count of 10, solidifying the knockout victory for the very impressive Zorrilla.

It was a statement win for the 27-year-old, who entered the ring with 158 fewer professional rounds than his adversary. And after clearly losing the opening round, he quickly regained his composure and ended the fight in emphatic fashion.

“My gameplan never hesitated for a moment,” Zorrilla said through an interpreter. “I was sure of what I was doing; I stuck to what works, and I was aggressive the whole time. I knew from the first round that I got this.”

The scheduled 10-round affair, which served as the main event of TrillerVerz II, concluded just 35 seconds into the second frame.

The 31-year-old Cano (33-8-1, 23 KOs), who suffered the fourth knockout of his professional career, wasted no time in the opening round. He connected with an uppercut and a left hook that moved his opponent back. But Zorrilla, who is co-promoted by Promociones Miguel Cotto and Golden Boy Promotions, remained composed.

His maturity glistened like the Florida sun as he sent the crowd home early. With the win, Zorrilla has knocked out five of his last six adversaries. He stated that he is willing to face any of the champions in the 140-pound weight class.

“Listen, I’m not playing around. To me, it’s all about being a champ. So, whoever wants to step up, I’m here. I’m in this to win championships.”

Albright (14-1, 7 KOs), 25, a native of Philadelphia, lost his pro debut but has gone on to score 14 consecutive victories since his unsuccessful September 2016 introduction.

Dutchover (15-2, 10 KOs), who hails from Midland, Texas, was bloodied and stopped for the second time in his past four ring appearances.

Yunieski Gonzalez (21-3, 17 KOs) knocked out former light heavyweight title challenger Tommy Karpency (30-8-1, 19 KOs) with a left hand to the body in the second round of their scheduled 10-round cruiserweight affair.