Presented in association with DiBella Entertainment, additional musical guests will also be announced for the full evening of entertainment. T

The eagerly awaited clash between the two undefeated warriors was originally scheduled for June 19, 2021, prior to Lopez testing positive for Covid-19 of which he has made a full recovery. Known for his stunning knockout power, Lopez is world ranked No. 5 pound-for-pound by ESPN and No. 7 by Ring Magazine. 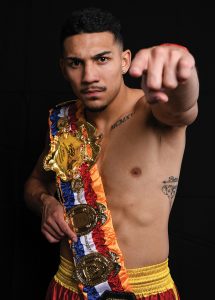 Teofimo Lopez has other belts, but it’s the Ring Magazine title that makes him THE CHAMP.

The 24-year-old Lopez was the recipient of the prestigious 2020 ‘Fighter of the Year’ award by both Ring Magazine and the Boxing Association of America in addition to many other international sporting platforms. On October 17, 2020, Lopez defeated unified (Ring Magazine, WBA, WBO, IBF) lightweight world champion Vasiliy Lomachenko in Las Vegas.

Truly feeling at home at The Mecca, Lopez has fought six previous times at Madison Square Garden including his IBF world title-winning knockout victory over Richard Commey on December 14, 2019.

A true sporting road warrior, the 28-year-old Kambosos Jr. earned his mandatory challenger status by traveling to London, on October 31, 2020 and soundly defeating hometown favorite Lee Selby over 12 rounds. Prior to that, Kambosos Jr., also fighting on December 14, 2019 at Madison Square Garden, was victorious in a 10-round performance against former world champion Mickey Bey.

Known for his extended training camps with boxing legend Manny Pacquiao, Kambosos is an Australian-born fighter of Greek heritage. He is a huge star in both Greece and Australia drawing tens of thousands to each of his fights.