Terence Crawford-Shawn Porter is set for Nov. 20 in Vegas 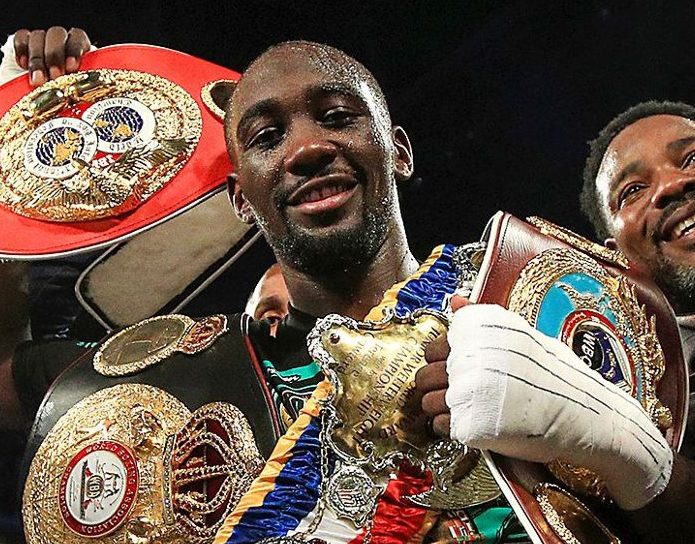 Terence Crawford won Ring titles at lightweight and junior welterweight (where he was undisputed champ) before invading the welterweight division.
14
Sep
by Ryan O'Hara

The WBO welterweight titleholder, who has won titles in three weight classes, including the undisputed/Ring junior welterweight world championship, will defend his belt for the fifth time in a highly-anticipated showdown on ESPN pay-per-view against former titleholder “Showtime” Shawn Porter on November 20 at Michelob ULTRA Arena at the Mandalay Bay Resort and Casino in Las Vegas.

Top Rank, which promotes Crawford, and PBC, which represents Porter, struck a deal Tuesday, which canceled a scheduled purse bid.

The fight was initially ordered July 21, with both sides allocated 30 days to come up with a deal. However, both sides requested an extension, which generated rare positivity in the boxing world that a deal for a big fight would actually get accomplished.

And indeed, that is precisely what transpired.

Crawford (37-0, 28 knockouts) is a native of Omaha, Nebraska, and is The Ring’s No. 2-ranked welterweight. He won the WBO title in June 2018 in Las Vegas with a ninth-round stoppage of ex-titlist Jeff Horn. In his four title defenses, he has defeated Jose Benavidez Jr., Amir Khan, Egidijus Kavaliauskas and Kell Brook, all by knockout.

An Ohio native based in Las Vegas, Porter (31-3-1, 17 KOs) turns 34 in October and is a two-time welterweight beltholder. He is ranked No. 5 by The Ring. He previously held the IBF title from December 2013-August 2014, until he was defeated by Brook.

He held the WBC title from September 2018-September 2019 until he was decisioned by unified champion Errol Spence Jr. He has not fought in 13 months, dating back to an August 2020 unanimous decision victory over Germany’s Sebastian Formella.

The 33-year-old Crawford, a southpaw, has also been bitten by the inactivity bug. A former titleholder at 135-pounds, Crawford will have been out of the ring for 372 days when he squares off against his good friend Porter.

However, that friendship temporarily ends on November 20.