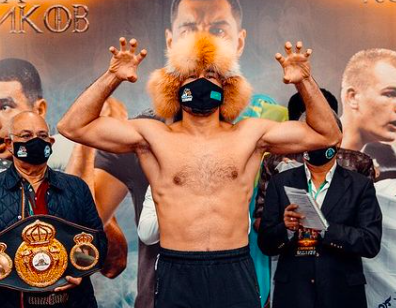 The 29 year old native of Kazakhstan Yerbossnuly stopped his 36-year-old counterpart in the 10th round of their scheduled 12-round affair Sunday evening at Nursultan Jekpe-Jek Arena in Astana, the capital of Kazakhstan, and remained unbeaten in his pro campaign.

It was the second consecutive loss for Allen, who saw his unbeaten record dissipate last August against unbeaten Cuban southpaw David Morrell, who outpointed him over 12 rounds in Los Angeles.

Both fighters spent a good part of the opening round feeling each other out from the center of the ring. An orthodox fighter, the popular Yerbossynuly (16-0, 11 KOs) was decrypting his nemesis’ defense behind his jab as he probed for openings for his right hand. Allen (22-2-1, 14 KOs), a southpaw, swung with his straight left but often found himself out of range. 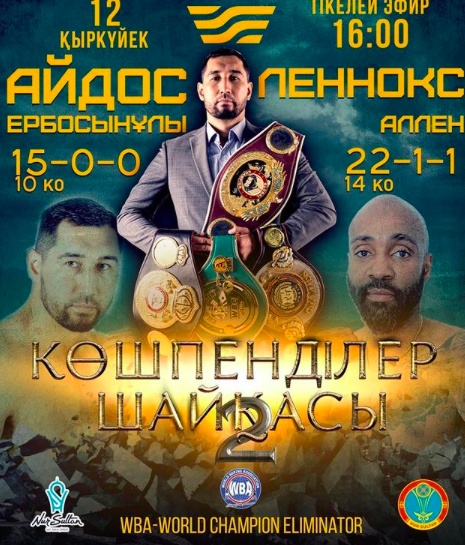 Late in the first, Yerbossnuly bobbed and weaved to avoid Allen’s shots and tied him on the inside, where he followed up with uppercuts.

Allen had a stronger performance in round two. He landed a left-hand pull counter that caught Yerbossynuly by surprise and caused his right knee to bend.

But Allen stopped throwing punches, which allowed Yerbossynuly to recover and retake control of the fight. He drove Allen into the ropes with a left hook to the body and peppered him with his jab before following up with a slew of rights downstairs.

The fourth frame was action-packed, yet one-sided in favor of Yerbossynuly, who made it a phone booth-style fight. 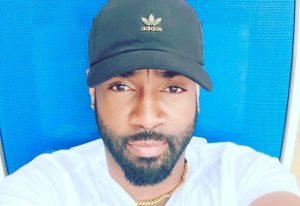 The 36 year old Allen wasn’t able to be busy like the 29 year old Kazakh.

The 29-year-old remained in the pocket and connected with a pair of body shots. Allen came back firing with both hands, but a majority of the shots were blocked or slipped by his adversary, who countered him with a wicked right hook that sent shivers down his spine.

By the second half, Yerbossynuly was still running in fourth gear while Allen began to show the wear and tear of a vehicle that had lost a cylinder, swinging wildly with both hands as his opponent danced circles around him.

Yerbossynuly was in cruise control in the eighth round as he continued to prance around the ring as Allen’s legs began to betray him.

The New York-based Guyana native stood frozen like a duck as Yerbossynuly let his hands go and began landing combinations at will.

Allen whiffed badly on the game-winning home run sweeping left hook late in the round, and paid the price when Yerbossynuly countered him with a right hand that sent him stumbling forward. He then followed up with a right hand behind the ear that jammed his circuits even further.

Allen eventually escaped danger by connecting with a left hand below the belt which earned him a point deduction from the referee, and Yerbossynuly was given time to recover. However, roughly 31 seconds later, both fighters were trading leather.

In round nine, Allen landed a left hand that appeared to land on the beltline but instead he was warned by the referee for another low blow and was surprised by the call. However, he couldn’t spend much time thinking about it as Yerbossynuly was already back in his face looking to impose his will.

The 10th round saw Yerbossynuly finish off the game Allen, who fought bravely until he got caught with a superb counter right hand before Yerbossynuly pounced on him. He connected with a barrage of unanswered blows until one final right hand sent Allen down on both knees, where he stayed until he was counted out by the referee.

The bout was a WBA super middleweight title eliminator, which earned Yerbossybuly a shot to face the aforementioned Morrell (5-0, 4 KOs) following his triumph over Allen. The winner of that fight will clinch a berth to meet the “super” champion of the WBA, who is currently boxing’s biggest star in Saul “Canelo” Alvarez (56-1-2, 38 KOs).

The Mexican, who holds four belts, including The Ring Magazine world title at 168-pounds, will face IBF titlist Caleb Plant for the undisputed championship on November 6 at MGM Grand in Las Vegas in a FOX pay-per-view showdown.