Wake up, people, the old timer exhibitions need to stop! 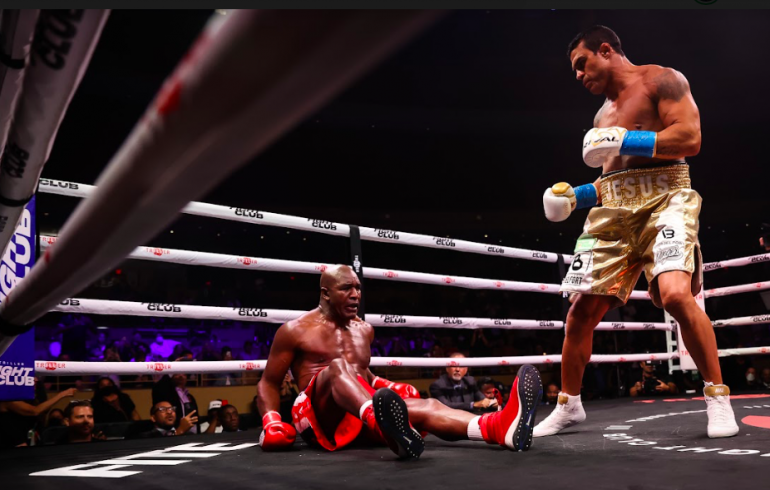 The 58-year-old Holyfield ended a decade-long layoff against ex-UFC star Vitor Belfort, 44, who swarmed the former two-division champion from the opening bell and stopped him in the opening round. 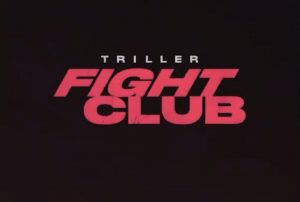 After watching highlights of the “fight,” one thought ran through my head.

When is this (expletive) going to end?

And the sad reality is that nothing will change until someone gets seriously hurt. The California State Athletic Commission deserves a round of applause for refusing to approve the fight. At the same time, the Florida Athletic Commission is worthy of a chorus of boos. However, given the state’s handling of COVID-19, no one should be shocked. 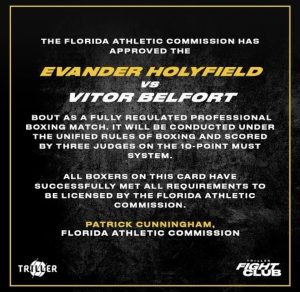 This was not boxing.

This was a shameless money grab.

But in 2010, then-56-year-old Larry Pearson was fairly seriously injured in a wreck. After spinning into the outside wall, the late Charlie Glotzbach, who was 71 at the time and hadn’t run an official race in nearly two decades, t-boned Pearson on his driver’s side door at a high rate of speed, knocking him unconscious.

Pearson suffered a fractured pelvis, a fractured right hand, and a compound fracture to his left ankle that required surgery.

And just like that, the exhibition races were no longer revisited. And the same should be applied to these old-timer bouts. It’s time for once that boxing becomes proactive and not reactive. Are we waiting for one of these old timers or dabblers get knocked comatose or dead before we finally put morality before money?

Referee Samuel Burgos did an admirable job as referee for the Holyfield-Belfort fight. He stopped it before it could get demonstrably worse and protected Holyfield from taking a terrible beating from a heavy-handed puncher. On the other hand, his decision to stop it early may have prolonged this nonsense even further. But his job is to protect the fighter, and he accomplished his objective.

The administrators that run this sport, who continue to fail constantly, are the individuals who have the power to put an end to this crap. Boxing is a sport that makes a mockery of itself on a daily basis. We’ve allowed fighters with brain damage to not only box again but also to fight for a title. We’ve also permitted fighters who have tested positive for performance-enhancing substances to fight anyway and not face any serious repercussions.