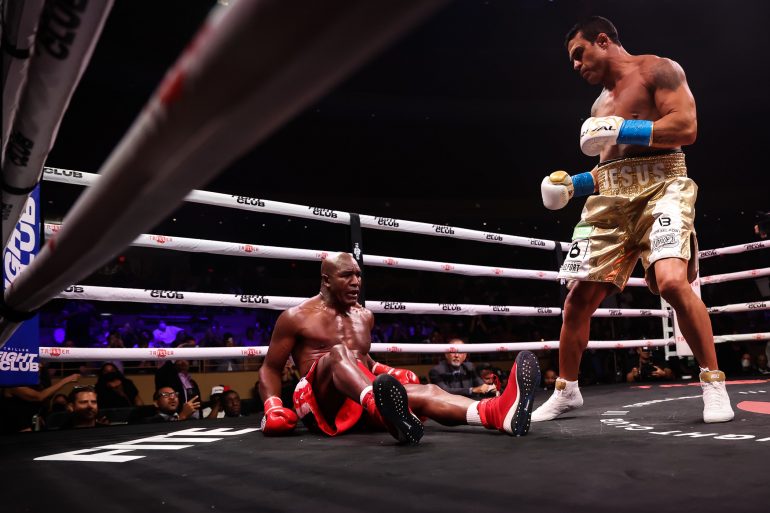 The 58-year-old boxing legend said he still wants a third meeting with Mike Tyson, and brushed off concerns that he should not have been in the ring taking more punches. Holyfield was hurt by an overhand right from the former UFC star, and then knocked down by an uppercut before the referee stopped the fight.

“I wasn’t able to bounce back like I used to. I let him get too close. But he’s strong and he pushed me but I wasn’t hurt. I’m not hurt at all,” said Holyfield following the exhibition.

Holyfield told reporters prior to the Belfort exhibition that another go-around with Tyson was the only reason he was considering coming back to the ring after a decade out of it.

Holyfield and Tyson have a long history together, with Holyfield pulling off an upset TKO win over Tyson in 1996 to win the WBA heavyweight title, and prevailing over Tyson again the following year by disqualification after Tyson bit off part of Holyfield’s ear.

A third meeting between the two would still make money, despite both being decades removed from their best abilities. Tyson, 55, has remained culturally relevant, launching a popular podcast and going viral on social media with his training videos. Tyson’s 2020 exhibition with Roy Jones Jr. reportedly sold over 1.6 million pay-per-views, demonstrating that he still has a strong hold on the sporting public. 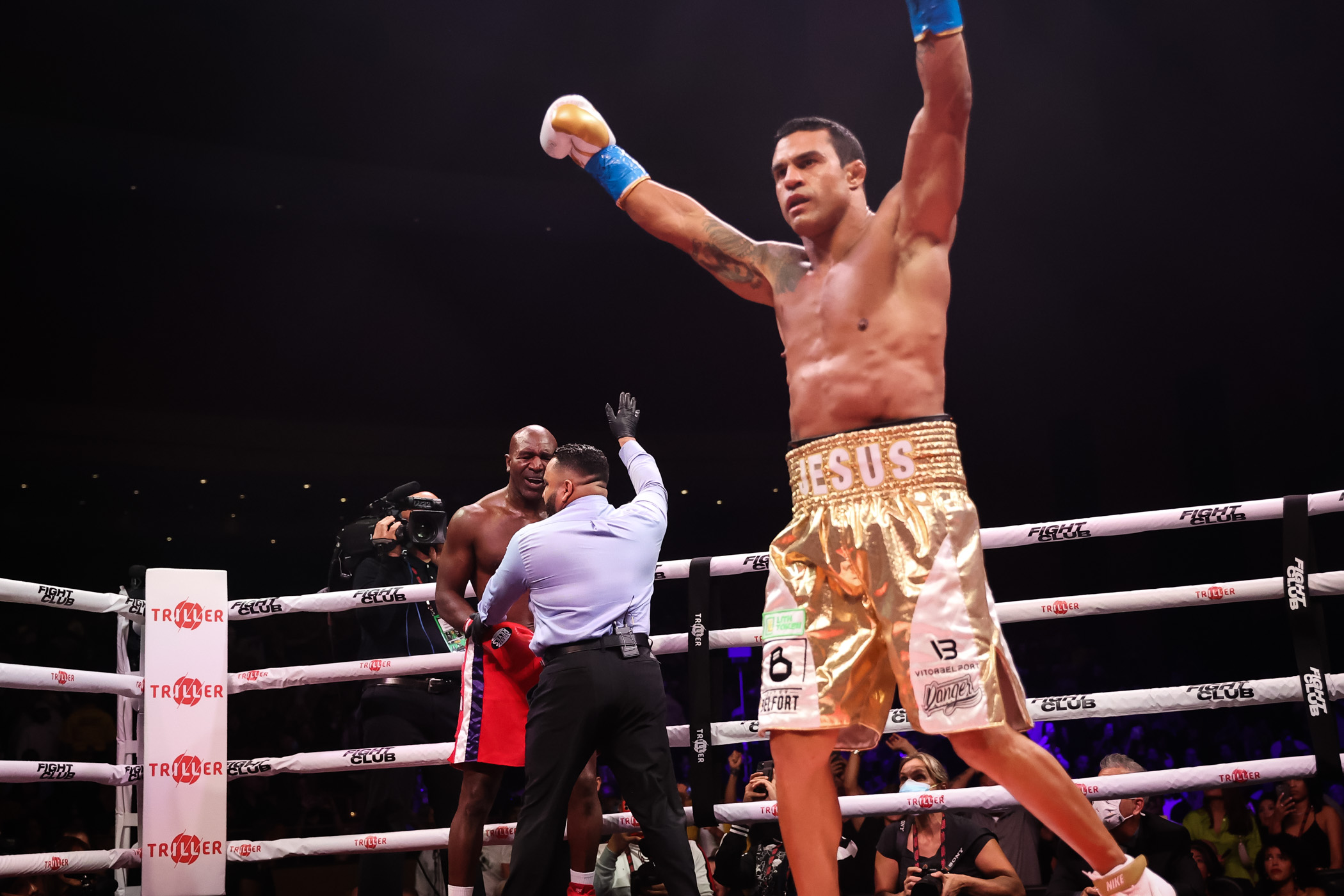 The exhibition was set for May 29 in Miami but was called off after Holyfield’s team claimed Tyson had rejected a purse of $25 million for the appearance. Tyson then claimed he would never again work with Triller Fight Club, which produced the Tyson-Jones and Holyfield-Belfort exhibitions.

Holyfield, who was rejected by California for a license to compete in the exhibition, will have a harder time getting licensed after being stopped by a former MMA fighter with a 1-0 boxing record. The Holyfield-Belfort exhibition drew almost universal disgust from the boxing world.

Dr. Margaret Goodman, an International Boxing Hall of Fame inductee who once oversaw neurological exams for boxers in Nevada, tweeted, “The ring physicians who consented to work #HolyfieldBelfort should be asked to explain why they consented to work this event.”

Belfort, who is a relative upstart at age 44, used the platform of his TKO win to call out Jake Paul, a Youtuber turned pro boxer who has become a pay-per-view force in his own right.

“You never judge how many victories you have, you judge by the quality of your opponents. When you fight someone, the two warriors gain immediate respect for each other. For me to be able to compete with Holyfield is a dream,” said Belfort.