Super large heavyweight Antonio Mireles is ready to come out 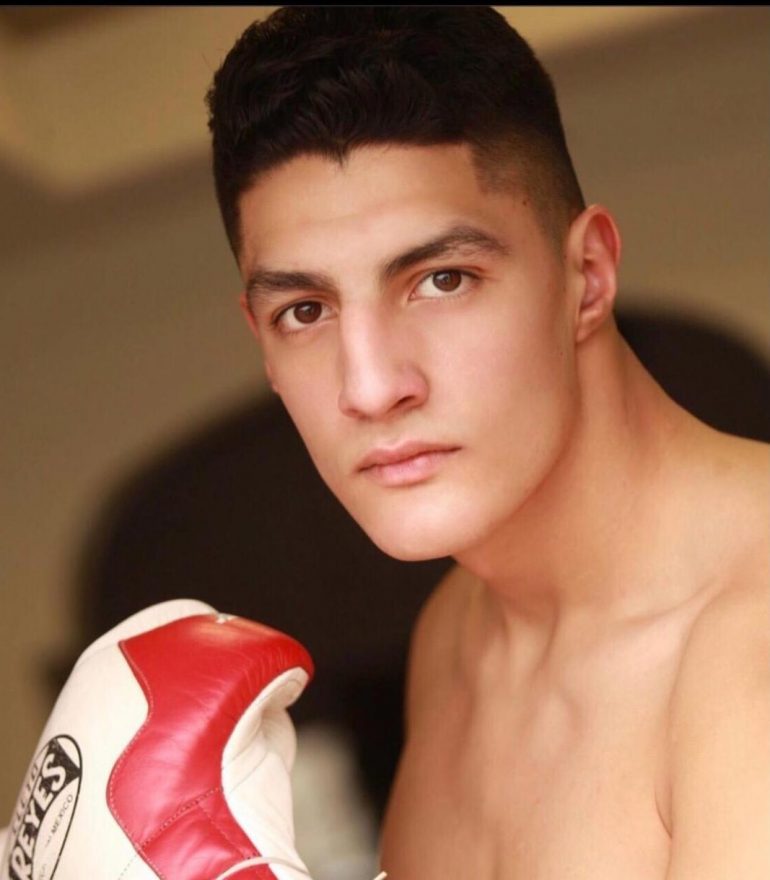 Her head snapped back. Katrina Rodriguez looked up at the doctor again and asked, “You want to do what again?” Katrina’s obstetrician repeated himself, “I can’t let this go on any longer, this baby is big. He has to come out.”

Mireles has felt self-conscious since birth. He could not avoid it. He was born 12¾ pounds and was 23½ inches long. He was so big, the nurses had to go over to pediatrics to get pampers for him because newborn diapers wouldn’t fit. The nurses would have fun putting Antonio’s feet next to the other newborns in the nursery. When Mireles would enter a new grade, he would often draw stares. The other children thought he failed five grades.

Today, Mireles has blossomed into a 6-foot-9, 270-pound heavyweight who is making his pro debut on Friday, Oct. 15 in a four-rounder for Top Rank, which will likely sign him in the coming weeks. His story is about to unfold, yet he’s had a history of coming out early.

Trained by Robert Garcia and managed by David McWater’s Split-T Management, which signed him in July, Mireles is of Mexican descent and comes from Des Moines, Iowa.

“Antonio is a big young man with a personality to match, and he has all the makings of a heavyweight superstar,” said Top Rank chairman Bob Arum. “With Robert Garcia guiding him inside the ropes, I have no doubt he’ll develop into a formidable fighter.”

Mireles said, “I want to thank Top Rank for this tremendous opportunity. I’ve had my eye on Top Rank ever since I started taking the sport seriously, and it’s an honor to turn pro under their banner. I am a versatile boxer, but I’m not afraid to get in the trenches and have a shootout. My coaches try to stop me from doing that, but I’m aggressive by nature. I believe my style is more suited to the pro game, and I’m counting down the days until I step in that ring.”

Mireles is large, skilled, and carries an edge. That foundation may derive from a father who loved to barroom brawl and his energetic, feisty, strong mother who raised five children on her own.

Working various jobs to make ends meet, Katrina made sure Antonio had everything she could provide. Even if it meant going from shoe store to shoe store so Antonio could have his Teenage Mutant Ninja Turtles sneakers.

His older brother, Ambrosio, is the same height as Antonio, and weighs over 300 pounds. 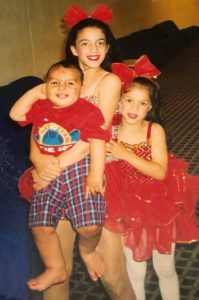 A very portly Antonio Mireles may look like he was six in this image, but he was actually two.

Antonio Mireles Sr. had his issues. He came and went in his family’s lives, before Katrina cut him off. But Antonio Sr. would rather fight than eat. He would come from the bar sometimes bruised and bloody wearing a smile. When Katrina confronted him about why he was always fighting, Antonio Sr. told her, “When you feel someone’s skin up against your skin when you hit them, that’s a great feeling.”

Paul Rodriguez, Katrina’s father, was built like a squat tree trunk with linebacker thighs. He aspired to be a fighter, but his mother wouldn’t allow it. Katrina was introduced to boxing through her father, so when Antonio wanted to box, she allowed him to fight out of a local dank, two-car garage when he was eight.

In Antonio’s first fight, he smacked a kid his age right in the face and his nose exploded into a maroon geyser. Katrina asked him what he thought about his first experience. Antonio was hesitant to reply at first before he told his mom with a grin, “I kind of felt bad about giving the kid a bloody nose. But I liked it.”

“I loved it and I remember it was instant,” recalled Antonio, who had a 28-4 amateur record. “I started really getting serious about boxing when I was 13 and I had ideas about going to the Olympics. I won the Olympic Trials and came up short for the Olympic team, and they choose Richard Torrez Jr. (the eventual 2020 silver medalist).

“We sparred quite a bit and I thought I did well against him. The first time I went out to Colorado Springs I surprised myself at how well I did. That gave me a big confidence boost.” 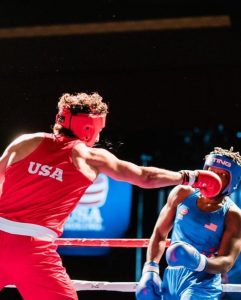 McWater saw Mireles win the Golden Gloves, U.S. Nationals and Olympic Trials. The 2020 BWAA Manager of the Year didn’t have to see him twice to be convinced to sign him.

“There has never been a 6-foot-9 Mexican-American to win the U.S. Nationals and Olympic Trials. The only other Mexican-American to win both was, ironically, Richard Torrez,” McWater said. “Antonio is very unique in every way. If you go on eBay, something that is old and beat up and the only one in the world is worth way more than the nicest Kennedy silver dollar.

“We’ll be patient. If you look at your top 40 American heavyweights, 35 of them will be over 30 and most of those guys are over 35. You’re really in a situation that no matter how good you are as a prospect in your 20s, you’re going to be five years away from your prime.”

Garcia says the future is there for Mireles. Mireles has the right team around him in Garcia and McWater.

“Antonio has the potential to be great, but we won’t really know until he is actually in the ring and we see him fight, but right now I can say he has the work ethic,” Garcia said. “You don’t see any 6-foot-9 Mexicans. Hispanic people are rarely that tall. We’re working with him and he keeps improving and he looks very strong.

“He is physically very strong, but I want to see that in his fights and we won’t know until he has a professional fight. You see the best amateur fighters out there sometimes when they turn pro, it doesn’t turn out for them. Antonio’s size is going to give everyone a lot of problems. But we have to work with him to make sure none of his opponents get on the inside.

“It was funny, though, when Antonio first walked in, we were trying to figure out how to work mitts with him. We joked with Antonio that he looks like ‘The Undertaker’ from the WWE. Antonio is talented and I haven’t looked him straight in the eyes while he’s sitting on his stool, because he hasn’t had a pro fight yet. We may have to bring a special stool to the fights.

“We all think Antonio has a bright future ahead of him. Antonio has the potential to be great, but there’s a lot that we have to see.”