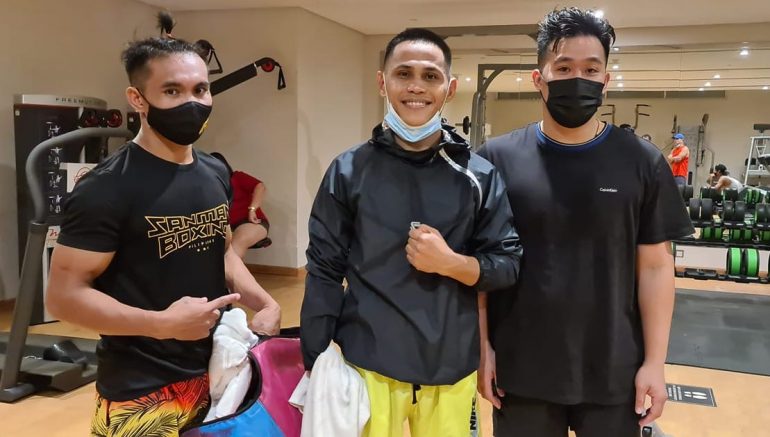 Jayson Mama and team received the news just ten minutes after arriving at their London hotel room on Tuesday.

Their mandatory title shot at the IBF flyweight championship was postponed after Sunny Edwards injured his ankle and had to withdraw from their fight, which was scheduled for Saturday at the Copper Box Arena in London.

According to a source, Edwards rolled his left ankle over the weekend while walking. After icing his foot for a couple of days, the decision was made to put the fight on ice.

For Mama, the news was difficult to process.

“He could give medical reports but I don’t believe it. I think he just don’t want to fight me because it’s too risky for him,” said Mama (16-0, 9 knockouts) of General Santos City, Philippines.

Mama’s frustration is understandable. He and his team had stayed in the United Arab Emirates city of Dubai for 12 days to circumvent quarantine mandates in the United Kingdom. Mama completed his last two sparring sessions in the Middle East city with fellow Filipino KJ Natuplag, who has his own fight there this weekend with Argel Berrio.

The Edwards-Mama fight was to be promoted by Frank Warren’s Queensberry Promotions, and broadcast on BT Sport.

Edwards (16-0, 4 KOs) was making the first defense of the belt he won in April with a unanimous decision over Moruti Mthalane. The win was the first defeat inflicted on the South African Mthalane since Nonito Donaire stopped him in six rounds back in 2008.

“Gutted that my fight on Saturday is off. Will have a rescheduled date ASAP,” tweeted Edwards on Tuesday. “Want to apologise firstly to my opponent Jayson & his team, as I understand the frustration they must be feeling, secondly Frank Warren & BT as my homecoming was set to be the biggest night of my career.”

Mama’s promoter Jim Claude Manangquil says Mama will get his title shot soon – whether it’s against Edwards or someone else.

“It’s really frustrating to see a champion pull out of the fight during fight week. Who suffers an ankle injury during fight week while you do light training?,” said Manangquil, CEO of Sanman Promotions.

“No matter what Sunny Edwards does he has to deal with his mandatory challenger Jayson Mama, or he can vacate his belt.”

“I find this to be highly suspect,” said Gibbons. “Jayson is a man of faith and knows his trust in God will make things right and he will be IBF world champion one day soon.”