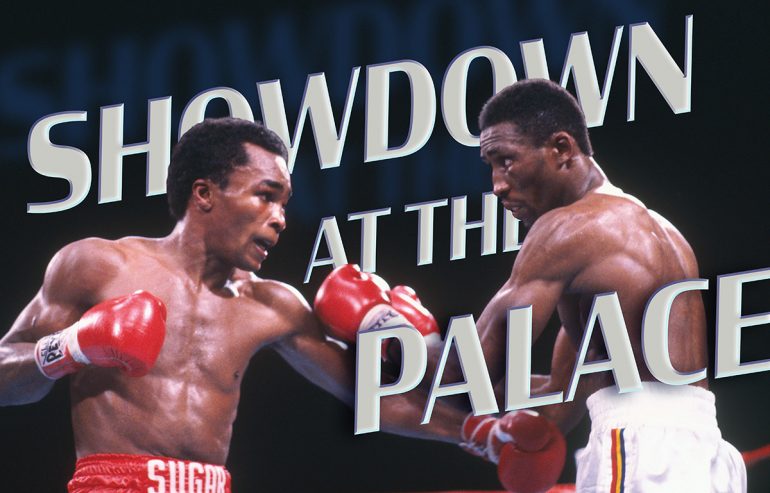 We’re pleased to let you know that the November digital issue of The Ring is now online!

This month’s cover story, by Managing Editor Tom Gray, looks back at the standard by which all welterweight championships are measured.

The first clash between Sugar Ray Leonard and Thomas Hearns took place 40 years ago, but the drama of this incredible fight remains fresh to this day.

In “Memories of The Hitman,” Leonard himself recalls the epic night at Caesars Palace.

“Epic … The career of Manny Pacquiao” has certainly been that. Retirement has been brought up multiple times, but Pac-man has always returned. His loss to Yordenis Ugas on August 21 felt different, though. With the effects of age undeniable and political aspirations calling, did we finally witness the last fight of this legendary career? Dan Rafael gives his account. 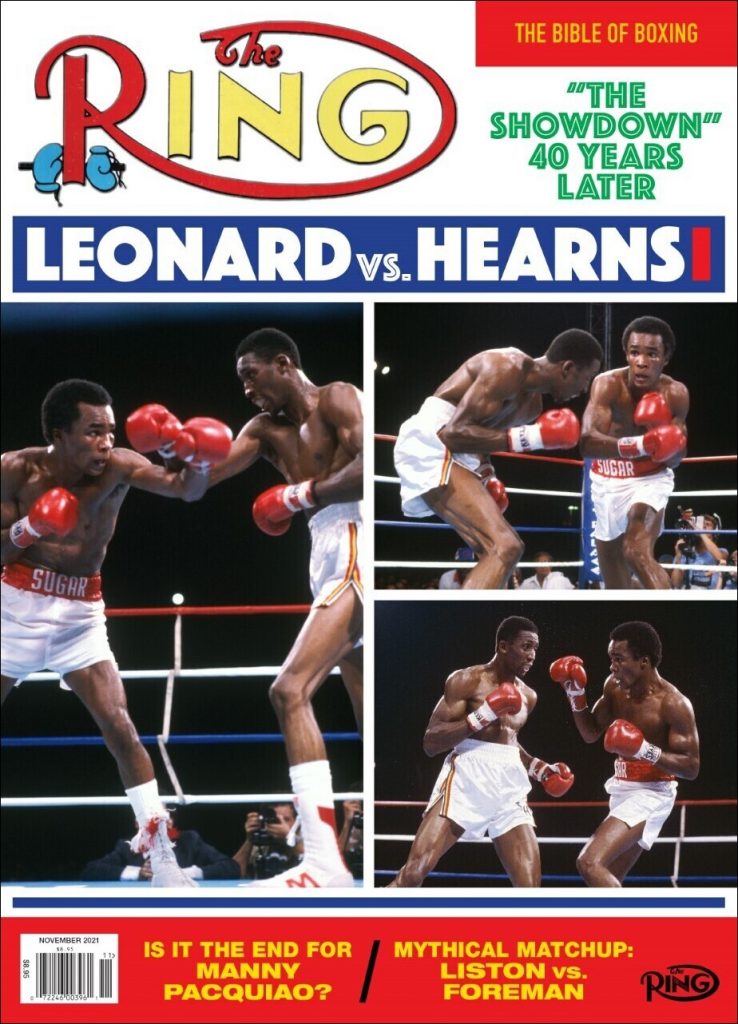 In our latest installment of “Greatest Hits” … Best bantamweights, knockout artists, greatest Mexican fighters of all time — Carlos Zarate’s name will come up in all of these discussions. Zarate spoke with Anson Wainwright and shared some great memories of six career-defining fights.

In “Caution Ahead,” Gareth A Davies looks at the upcoming matchup between prototypical heavyweight Anthony Joshua and former cruiserweight champion Oleksandr Usyk. The Brit has the size, but the Ukrainian’s skills are nothing to take lightly.

Ron Lipton provided a new addition to his popular series of mythical matchups. This time it’s for the undisputed heavyweight championship:

We also have “The O.G.,” Regina Halmich, who was a superstar filling arenas in Germany and carving out a Hall of Fame career long before names like Claressa Shields and Katie Taylor came up.

And there’s much more, including Editor-in-Chief Doug Fischer’s take on the toxic relationship between sanctioning bodies and the networks who broadcast fights.