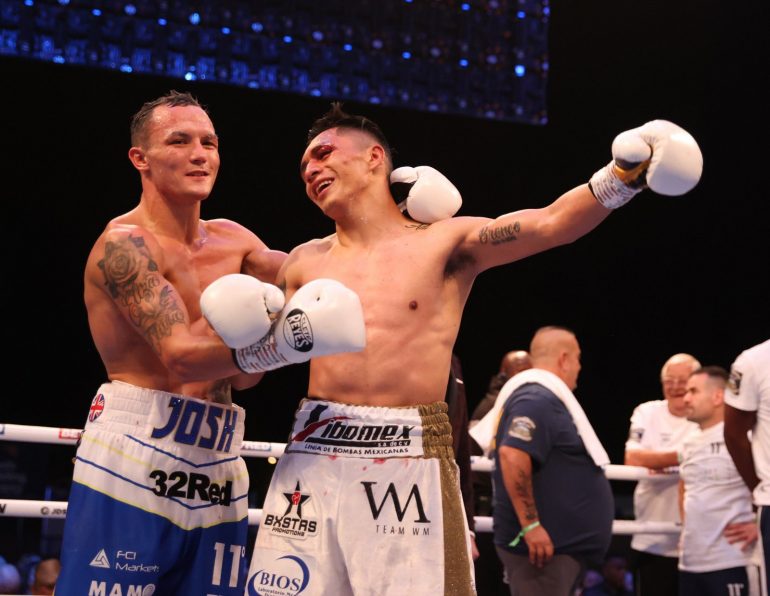 The Lara-Warrington rematch was just starting to get interesting when an accidental clash of heads ended it after the second round. Photo / @MatchroomBoxing
04
Sep
by Tom Gray

LEEDS, England – There’s not much to report from Headingley Stadium.

Mexican power-puncher Mauricio Lara sustained a nasty cut over his left eye following a clash of heads in Round 2 and his rematch with Josh Warrington was called off at the end of that session and declared a technical draw.

Warrington, who is rated No. 5 by The Ring at featherweight, got off to the better start. He released punches with confidence and looked much sharper than he did in February when he was sensationally knocked out by the Mexican in nine rounds.

With that said, Lara looked extremely dangerous and neither fighter had a decided edge when the bout was stopped.

This was a horrible anticlimax after months and months of buildup and the future is unclear for both men at this point. The crowd sat in silence for several moments after the premature ending but voiced their support for Warrington as he left the ring.