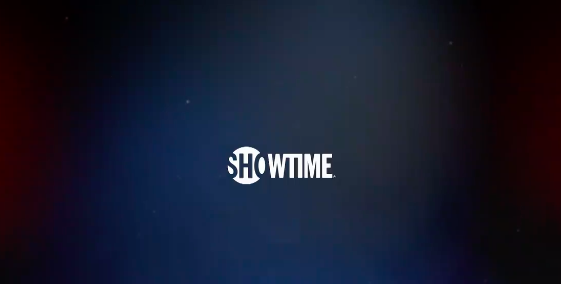 All three fights will take place at the Park Theatre inside the Park MGM in Las Vegas, Nevada and will air live on Showtime (10 p.m. ET/ 7 p.m. PT).

“This night of high-stakes action is headlined by two undefeated young stars in one of the most anticipated fights of the year,” said Tom Brown, president of TGB Promotions. “The winner of this (Fulton-Figueroa) fight will not only hold the mantle as the division’s best but will have a case as one of the top pound-for-pound rising stars in the sport. With Ra’eese Aleem and Gary Antonio Russell also on the card, the future of the sport takes center stage on September 18.” 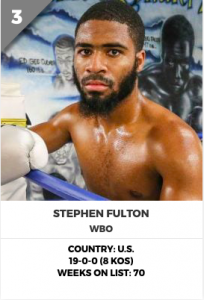 Fulton, who elevated his profile considerably by beating Angelo Leo in January, and Figueroa are ranked No. 3 and No. 4, respectively.

Aleem (18-0, 12 KOs), who resides in Las Vegas, scored an impressive knockout win over Vic Pasillas on January 23 in a clash of unbeaten junior featherweights. Aleem dropped Pasillas four times before the fight was stopped.

The 31-year-old has displayed more power and aggression in recent years, having stopped his last seven opponents. Aleem is promoted by Marshall Kauffman.

Baez (19-1-2, 6 KOs) has notched impressive victories in his last two bouts, both against unbeaten prospects. In his last bout on March 25, the 26-year-old defeated prospect Abimael Ortiz by unanimous decision.

The fight took place over three months after Baez, who is originally from Mexicali, Mexico and now resides in Calexico, California, defeated Narek Abgaryan by unanimous decision.

Russell (18-0 1 ND, 12 KOs), who resides in Washington, DC, last stepped inside a ring on August 14. His bout against former world titleholder Emmanuel Rodriguez came to an abrupt end in the opening round after an accidental clash of heads led to Rodriguez writhing in pain and blood gushing out of his nose. 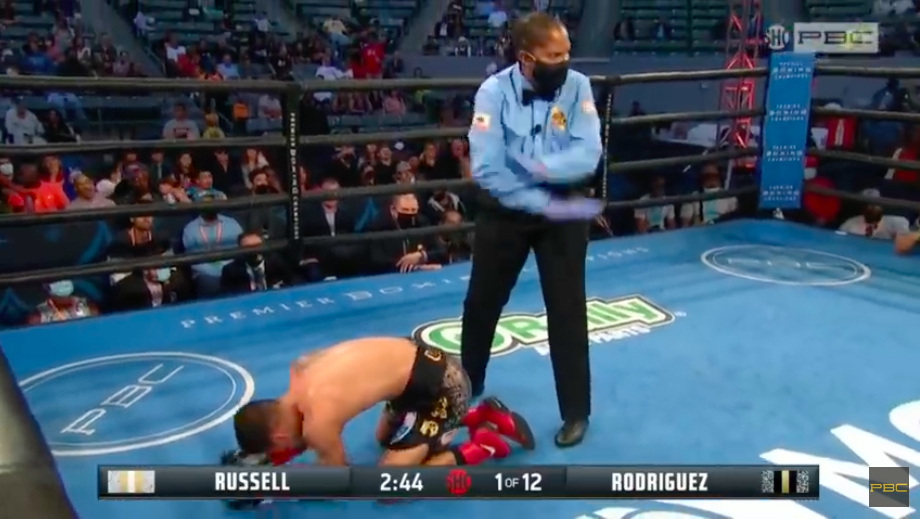 The fight was ruled a no-decision.

Santiago (24-2-5, 13 KOs) knocked out Juan Medina in round 2 of his last bout on May 29. The 25-year-old has won his last eight bouts since fighting to a split-decision draw against IBF world junior bantamweight titleholder Jerwin Ancajas.

The Tijuana, Mexico resident has not lost since a split-decision loss to Johnny Garcia in November 2014, a span of 20 fights.