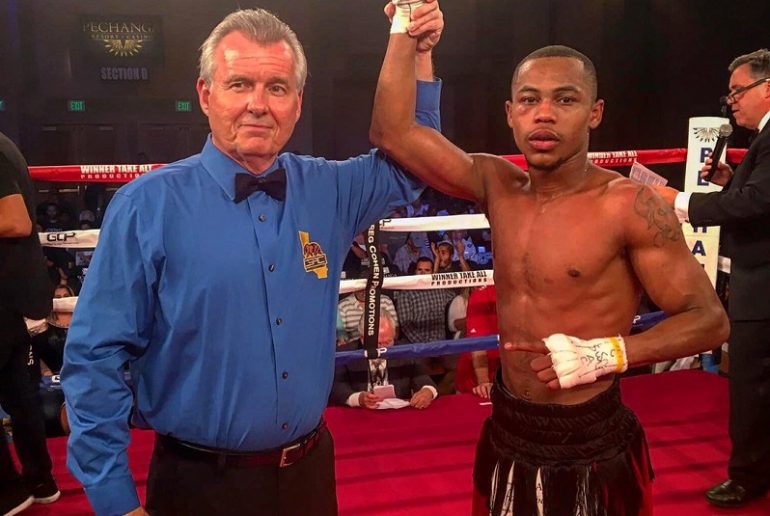 The 10-round bout will take place at the Central Park Community Center in Broken Arrow, Oklahoma and will headline a three-bout ShoBox telecast (10:35 p.m. ET/ 7:35 p.m. PT).

The bout between O’Quinn and Sanchez pits two boxer-punchers who have both fought before on the longtime Showtime series. It will mark the first time both are headlining a ShoBox telecast.

While Sanchez is a step-up in opposition, O’Quinn, at one time ranked as the No. 1 amateur in the United States, is confident he can outbox and defeat Sanchez.

“I’ve been waiting for this moment,” said O’Quinn, who is promoted by Dmitriy Salita. “I can’t wait to show my talent to the world again. I don’t really know much about him, but he better learn all he can about me. Not that it will help him any. I’m going to win because there are levels to this and he is not on my level. That will be very apparent quickly. I’m a strong force in the bantamweight division. Training is going good but it’s hard. I train hard and fight easy.”

Sanchez (16-1, 9 KOs), who resides in the Los Angeles suburb of Pacoima, fought on the May 2019 ShoBox telecast, stopping knocking out Brandon Leon Benitez in round 8. He would suffer his first loss as a pro in his next bout over three months later, losing to Puerto Rico’s Edwin Rodriguez by split-decision.

The 24-year-old has since won his last four bouts, with two of those bouts taking place on Boxeo Telemundo telecasts. In his last bout on March 19, Sanchez dropped Frank Gonzalez three times en route to a first-round knockout victory.

In the co-feature, featherweight Jayvon Garnett will face Luis Nunez of the Dominican Republic in a 10-round bout.

Garnett (10-0, 5 KOs), who resides in Cincinnati, Ohio, defeated Jose Argel by unanimous decision in his last bout on June 19. It was only his second win of his pro career over an opponent with a winning record.

In the opening bout of the ShoBox telecast, lightweight Alejandro Guerrero (12-1, 9 KOs) of Irving, Texas will square off against Otar Eranosyan in an eight-round bout. Eranosyan (9-0, 6 KOs) is originally from the country of Georgia and now resides in Miami Beach, Florida.