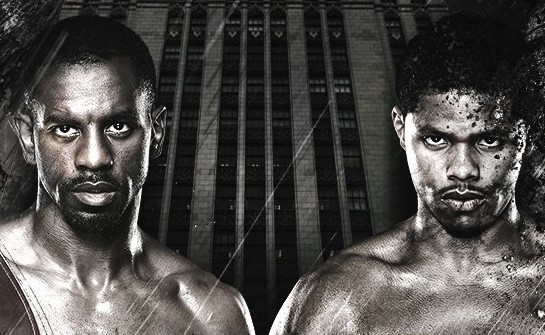 For a minute, it was on its way to becoming another frustration for boxing fans wanting to see the best facing the best, but now it is becoming a reality: the long-anticipated WBO junior lightweight bout between titleholder Jamel Herring and contender Shakur Stevenson is signed, sealed and has delivery date already stamped on it.

“Throwdown in A-Town” will take place on October 23 at the State Farm Arena in Atlanta. The event will be promoted by Top Rank and broadcasted live on ESPN.

The agreement puts an end to a few months of back and forth negotiations that included the threat of a purse bid, which has now been averted.

During this procedure, the disclosure that the WBO uses a controversial method to calculate each fighter’s purses based not on their titles but on their latest income figures triggered a shockwave of negative comments and criticism on the sanctioning body. The backlash led the WBO to schedule an open purse bid to be broadcasted through social media (the first of its kind), which has now been canceled.

Herring (23-2, 11 KOs), a former U.S. Marine and member of the 2012 Olympic boxing team, is coming off a defense against two-division titlist Carl Frampton in Dubai back in April. Against Stevenson (16-0, 8 KOs), an Olympic medalist in 2016, Herring will be facing a former featherweight titleholder who vacated his belt one year ago to campaign at 130 pounds.

Stevenson picked up the “interim” WBO belt at this weight in a win against Namibia’s Jeremiah Nakathila back in June. The Ring does not recognize this belt, but the fact that Stevenson held it is what led to the controversial bid in which both “champions” are mandated to calculate the distribution of the winning bid according to a controversial calculation that includes their income for their past three bouts.

Other former Olympians featured in the undercard will be Duke Ragan and Troy Isley.

“We are thrilled to be back in Atlanta with a spectacular card headlined by a junior lightweight championship grudge match between a veteran champion and one of the sport’s supreme young talents,” said Top Rank chairman Bob Arum. “And with names like Ali Walsh, Ragan and Isley on the undercard, Atlanta’s great fight fans will see many of the sport’s most promising up-and-comers.”