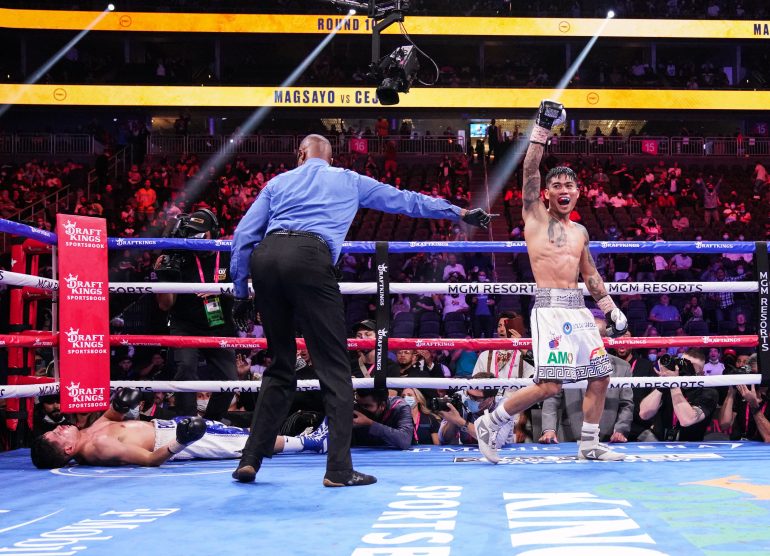 Mark Magsayo was filled with joy and elation after snatching victory from the jaws of defeat this past Saturday against Julio Ceja.

Magsayo, trailing on all three scorecards heading into the tenth, registered a candidate for Knockout of the Year on the Pacquiao-Ugas undercard in Las Vegas.

That joy shortly turned to concern for his fallen opponent.

“When I saw he was still sleeping after my celebration, I feel like sad for him. What if that happened to me?,” admitted Magsayo (23-0, 16 knockouts).

The 25-year-old from Dauis, Bohol, Philippines was able to breathe a sigh of relief when Ceja was released from the hospital the next day. He suffered an orbital bone fracture but did not have a brain bleed. He was communicating with people around him and was released shortly after.

There was little room for Magsayo to breathe in the fight itself. The relentless Mexican brawler brought the fight to Magsayo from bell to bell, getting off the canvas after a first round knockdown to target Magsayo’s body throughout the fight, and putting the unbeaten featherweight down in round five. 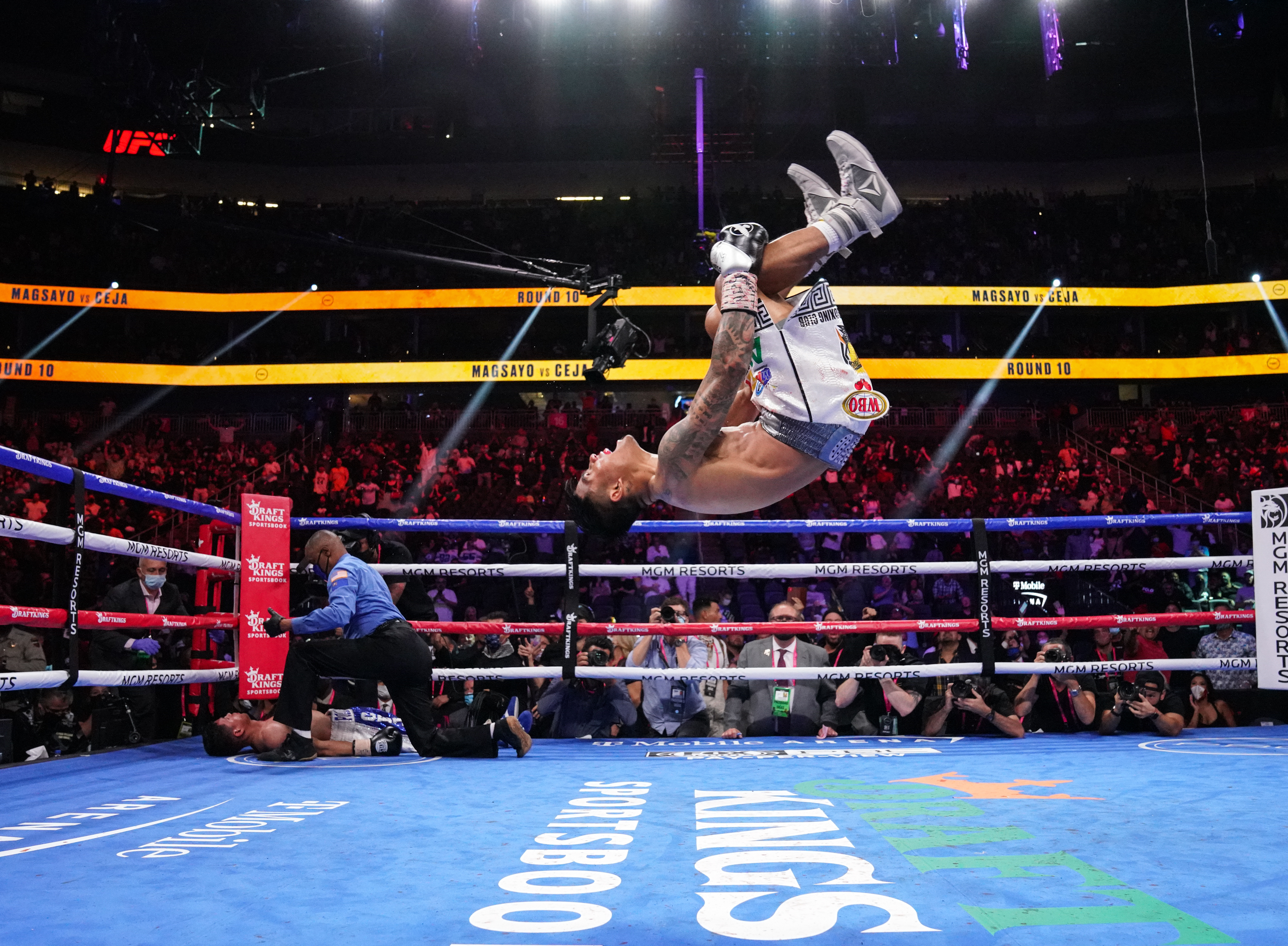 Magsayo celebrates with a back flip. Photo by Ryan Hafey/Premier Boxing Champions

Magsayo says the big adjustment he made in the fight was holding Ceja when he got close and stopping his momentum, which came from advice imparted to him in the corner by trainers Freddie Roach and Marvin Somodio.

“When I see his eyes swollen, this is my sign to target his eyes. My only target is his eyes. If his eyes are already swollen, he can’t see my overhand,” said Magsayo.

The fight was a WBC eliminator, and also had a minor WBO belt at stake, moving Magsayo closer to the world title shot he has sought since turning pro in 2013. He would be next in line for a shot at the WBC belt, which is currently held by Gary Russell Jr., once no. 1 contender Rey Vargas gets his shot, and would be an attractive opponent for WBO titleholder Emanuel Navarrete, for whom Magsayo is the no. 3 ranked contender.

Magsayo feels he matches up better with Russell, while a fight with Navarrete could end up being another ring classic.

“Russell fits me because he’s only speed, I can overpower his speed,” said Magsayo.

“Navarrette against me is the same classic war fight [as the Ceja fight]. Maybe I knock him out, or he’ll knock me out.”

Sean Gibbons, President of MP Promotions, which represents Magsayo, says the plan is to get Magsayo back in the ring in November.

For now, Magsayo is relaxing after his life and death struggle, and will be vacationing with his wife, Frances, whom he says helped keep him on track in recent months. He says she wants to see San Francisco, and to visit the Golden Gate Bridge and Fisherman’s Wharf.

“She wants to eat crabs there,” said Magsayo.