Claressa Shields gets street named after her in hometown of Flint 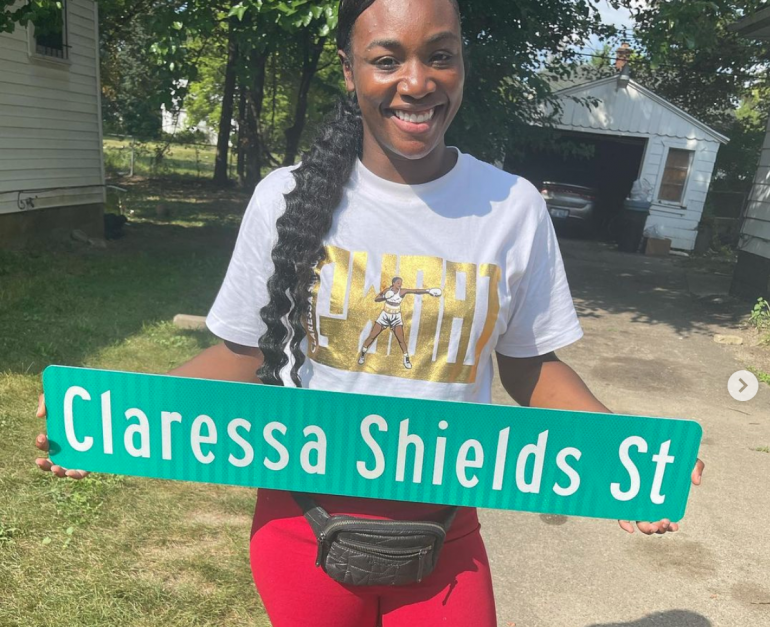 The street where Claressa Shields grew up on in Flint, Michigan has been named after her.

The street formerly known as Spencer Street is now known as Claressa Shields Street, it was revealed on Sunday. Flint Mayor Sheldon Neely announced the news Sunday at Shields’ church, Joy Tabernacle Church, where she was a guest speaker.

“I could not be more happier today y’all!,” wrote Shields, who has a pro boxing record of 11-0 (2 knockouts) and MMA record of 1-0. Shields will have her second MMA fight on October 27, when she faces Abigail Montes at PFL 10, an event promoted by Professional Fighters League.

Shields has been paving plenty of roads herself in the combat sports world. The 26-year-old boxer was the first American woman to win a boxing gold medal, and was the first woman to ever become Ring Magazine champion, defeating Christina Hammer in 2019 to win The Ring’s women’s middleweight champion, in addition to becoming the division’s undisputed champion.

Other boxers to have streets named after them include Marvin Hagler in his hometown of Brockton, Mass., Joe Frazier in Philadelphia and Tommy Hearns in Detroit.