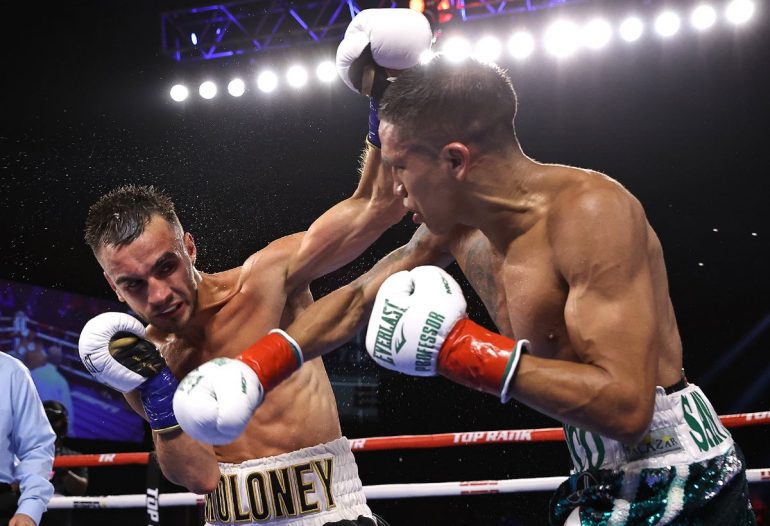 Moloney, who dropped to No. 10 in The Ring’s 115-pound ratings, gave his all but ultimately came up short.

“I am extremely disappointed that I didn’t perform at my best and didn’t win the fight,” Moloney (21-2, 14 knockouts) told The Ring. “He did surprise me by using more boxing skills in this fight rather than just relying on pressure.

“Credit to Franco, who fought very well and was the better man on the night. I will learn from the mistakes I made and use this loss as motivation to come back better than ever.”

The 30-year-old is already looking forward to his ring return.

“I am very eager to get back to the gym and improve as a fighter,” Moloney said. “I hope to be back in the ring again before the end of the year, get myself a good win, and put myself high in the rankings to hopefully fight for a world title next year.”

“I will be keeping a close eye on the Kazuto Ioka versus Francisco Rodriguez Jr. fight on September 1st,” he said. “I’d love to get myself in the position to fight the winner.”

Tony Tolj, who manages Andrew and twin brother Jason, is on board and plotting his client’s route back.

“I have no doubt Andrew will bounce back,” said Tolj. “In the Ring Magazine ratings [at junior bantamweight] there is nobody without a loss, that’s how stacked the division is.

“We will turn our attention to the Ioka versus Rodriguez fight. That’s a great match up and we would love to get into a position to fight the winner.”