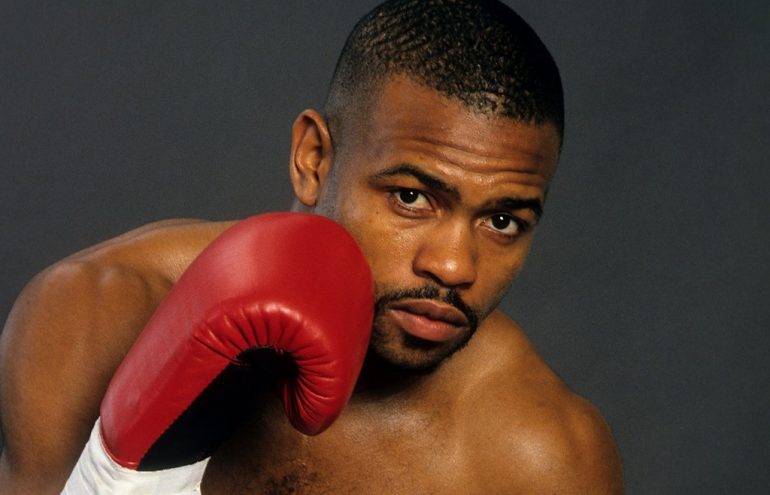 Can you remember when Roy Jones Jr.-Buster Douglas was almost a thing? Photo from The Ring archive
22
Aug
by Joseph Santoliquito

Roy Jones Jr. and Felix Trinidad have done enough throughout their careers to have a wing of their own in any boxing hall of fame. But it doesn’t mean they aren’t honored each time they are inducted into another one.

On Sunday, at the Hard Rock Hotel & Casino Atlantic City, Jones and Trinidad headlined the fifth annual induction of the Atlantic City Boxing Hall of Fame, which grouped together the 2020 and 2021 classes, since last year’s induction was cancelled due to the COVID-19 pandemic.

“This is very big for me and going in with the other Hall of Famers is an honor,” said Trinidad, who was very jovial and approachable, and still looks good. “This is my fourth hall of fame and I hope to get into another one after this. I leave that in God’s hands.”

This is the first hall of fame induction for Keenan, Abrams and Weisfeld, who came across the country Saturday night after judging the Yordenis Ugas’ upset over the legendary Manny Pacquiao in Las Vegas.

Abrams, 48, has been a publicist and worked in the boxing business as a media person and publicist for almost two decades.

“When I got the call, I was pretty shocked,” Abrams said. “When I look around and I see the class that I’m going in with, I had to pinch myself a few times, to stand along of these giants of the game. This is unbelievable for me. I go about my business and I work hard, and it’s awesome to go it with these people.

“It makes me feel what I’ve been doing for a while has paid off a little bit.”

And finally for Keenan, a chance meeting

“This is like the culmination of what’s happened over the last 30 years,” Keenan said. “I remember working the Evander Holyfield-George Foreman fight and starting there. This is a little surreal when I think back, and all of my favorite fighters are being inducted at the same time, which makes this more special.”

Jones was there, and like the rest of the stars, was very accommodating to everyone who approached him. This is the second hall of fame for Jones, with the Florida Hall of Fame. He’s not yet in the International Boxing Hall of Fame, because his last fight was technically against Scott Sigmon in February 2018.

“The more hall of fames you get in, it’s like you quit,” Jones said. “I don’t like to hear ‘quit,’ so there’s a little difference. But this is an honor, and doesn’t sink in, because once that does, they think you’re retired. I don’t know if I will ever retire. Mike Tyson might call you tomorrow and say let’s do it again.”