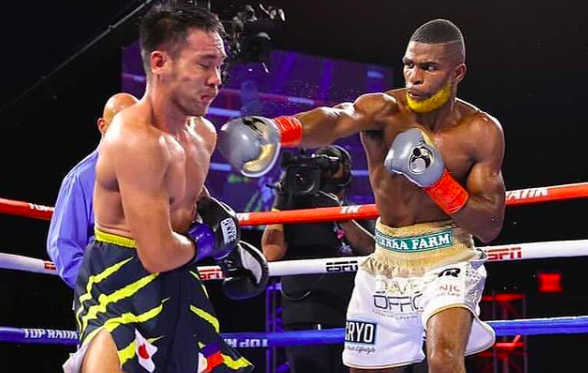 A tough, rugged challenger reminded Abraham Nova how much he missed boxing.

The unbeaten Puerto Rican returned to the ring last week following a 14-month hiatus due to a torn Achilles in his right foot, and picked up a hard-fought eight-round unanimous decision victory over Richard Pumicpic.

“It was an honor to share the ring with him,” Nova stated. “He made me miss fighting for sure. After a long layoff, I forgot what it felt like to be in a real fight, but after that first round, everything came back. I was so excited to be back in action.”

The 27-year-old Nova (20-0, 14 KOs), who is based in Albany, New York, was initially slated to return to the ring last November before suffering the injury. His time on the shelf proved trying, as he saw social media posts insinuating his career was finished. Nova admitted that it was not a fun experience. 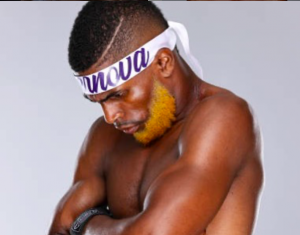 Nova felt the pain from the injury, and then on top of that, the mental trauma of pondering what if, what if the Achilles injury retired him.

“It was a rough time,” he explained. “People were saying it was a career-ending injury. It’s not fun when you hear something like that.

“I injured my Achilles the week before my last sparring session. I made a quick move and next thing you know it felt like someone had just kicked me really hard in the leg or something. And then I heard a pop.”

Nova did not want to back out of his next fight. But when the pain did not cease, he had no choice but to get it checked out.

“I didn’t believe I had torn anything until I went to go see a doctor. Good thing I did, though. But unfortunately I had to rest for four to six months.”

According to Nova, who signed a multi-fight deal with Top Rank in December 2019, his doctors were surprised at how quick he was able to recover from the injury.

“Initially, I was supposed to be out a lot for more than a year,” said the hitter with those fast hands. “But based on my genetics, I was able to get back to training four months after the injury and at 100 percent capacity at six months.”

Nova is scheduled to fight again December 11, but at time of publication, does not have a dance partner.

“I got all the ring rust out against Pumicpic,” he continued. “I never thought about [the previous injury], I was just happy to get back to doing my job.

“I’m ready to pick up where I left off and on December 11, I’ll be fighting at Madison Square Garden, and hopefully for a world title eliminator.”

Nova also revealed to the Ring that he will no longer compete as a junior lightweight and is moving down to the featherweight limit of 126 pounds, effective immediately, in his quest of his first title shot.

“I don’t want any easy fights. I want big fights. The tougher the competition, the better I will look. For a [WBO] title eliminator, I want to face guys like Jessie Magdaleno, Joet Gonzalez, or Isaac Dogboe. Those guys are top contenders and quality fighters.

“The winner is going to get WBO champion Emmanuel Navarrete.”