BREAKING NEWS: The Ring has learned Canelo Alvarez-Caleb Plant fight is on for Nov. 6 at the MGM Grand in Las Vegas 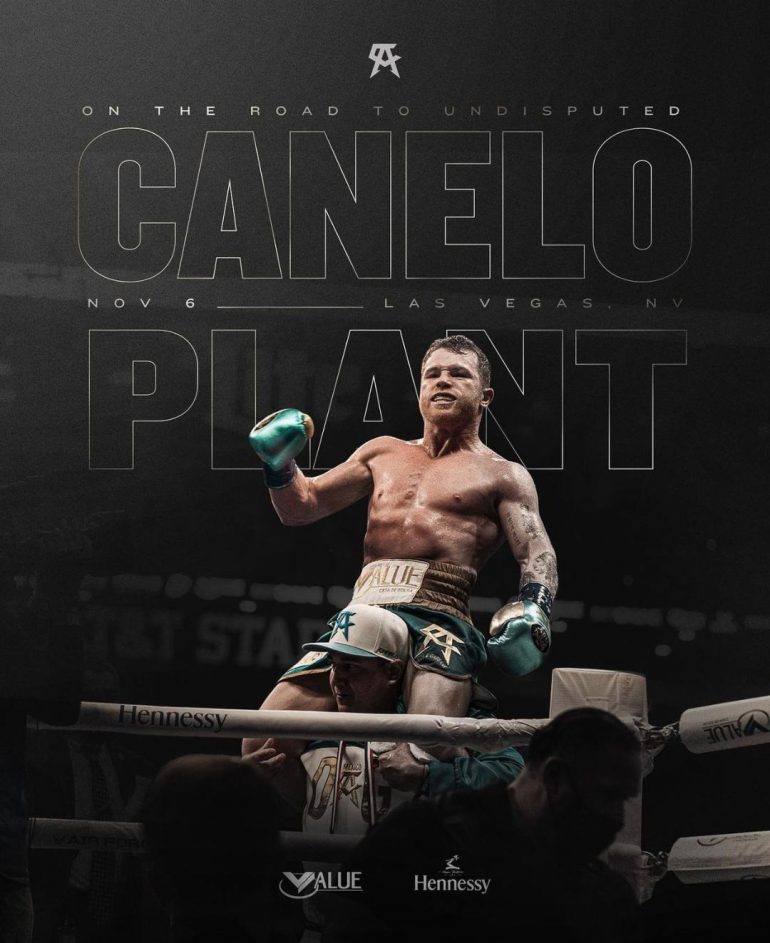 The Ring has learned that the much-anticipated bout between Canelo Alvarez and IBF titlist Caleb Plant will take place on Nov. 6 (Eddy Reynoso’s birthday) at the MGM Grand in Las Vegas.

“I’m very excited about this and about making history in becoming the first undisputed Latino super middleweight champion in boxing history,” Alvarez said. “I’m happy to make history. I’m going to unify all of the belts.”

“El Mexicano,” Eddy Reynoso, Alvarez’s trainer (and 2019 BWAA Trainer of the Year) and manager, made the deal directly with PBC’s Al Haymon on Wednesday night.

“We’re going for the triple crown,” Reynoso said. “This is the fight that we always wanted and it was made Wednesday night. I was very convinced that this would happen. It’s been our goal since December and our mission. This is a fight that we wanted and it’s here now.

“We never gave up. Canelo is in great shape and there’s nothing can get in his way. It’s a great accomplishment for us and the first Latino, and the first Mexican to win all of the super middleweight belts.

Alvarez, 31, was looking at a Sept. 18 date, in celebration of Mexican Independence Weekend. But that date was nixed due to prolonged negotiations for two different fights. Plant, 29, and Alvarez are expected career-high paydays, with Alvarez making a payday second only to Floyd Mayweather.