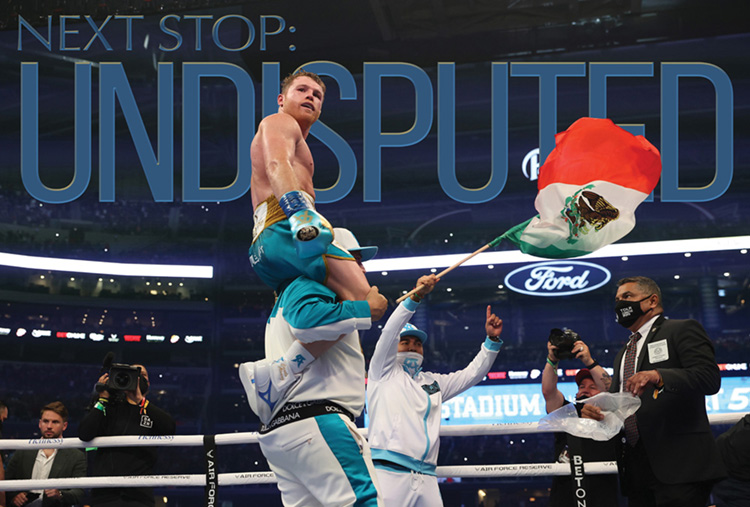 Citing sources, Coppinger stated in his ESPN story that the fight between Canelo (56-1-2, 38 knockouts) and the Ring’s No. 2 super middleweight Plant (21-0, 12 KOs) will take place in November at a site to be determined.

According to Eddy Reynoso, Alvarez’s trainer and manager, in an interview with The Ring two weeks ago, “Back in December (2020), Saul and I decided that we had our plan and our mindset on a unification at 168 pounds. That was our goal and that was our priority. Caleb Plant has the last belt at 168, and the negotiations fell apart, but there is a possibility there could be other options in October or November.

“But the priority has always been to unify and make history at 168. I have a great relationship with Al Haymon.”

Alvarez, 31, was looking at a Sept. 18 date, in celebration of Mexican Independence Weekend. But that date was nixed due to “prolonged negotiations for two different fights,” according to Coppinger.

Plant, 29, was reported to make $10 million and Alvarez $40 million, which would be a career high for both fighters.

According to a prior ESPN report, the first deal fell apart because “If I get injured or sick, then he gets a late replacement for the same amount of guaranteed money, but if he gets sick or injured, then we’ve got to wait for him,” Plant was quoted as saying.

According to the ESPN report, the finer edges of the deal have been sorted out.
Reynoso told The Ring two weeks ago, “My father and I have managed Canelo since his career started, we trained him and now I’m in charge. My father (Chepo Reynoso) has stepped back a little and we’re out here training to make history.

If Alvarez-Plant takes place, it would be under PBC and Canelo Promotions, according to Coppinger’s ESPN report.