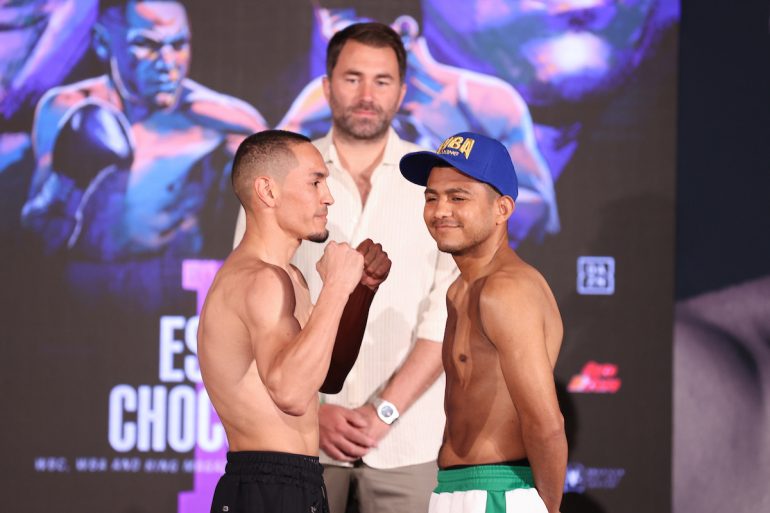 Both parties are closing in on a deal that will see the bout take place on October 16. ESPN Mexico’s Salvador Rodriguez was the first to report the news.

Sources close to the negotiations told Rodriguez that the deal was “80 percent done.” Some important details have yet to be agreed by both sides, but there is optimism that the fight will be finalized soon.

Should the third fight take place on October 16, it would come seven months after their epic rematch that took place in Dallas. Astonishingly, both fighters combined to throw over 2,500 punches in what is the leading candidate for Fight of the Year. Estrada prevailed via split decision in a fight many at ringside thought Gonzalez did enough to win.

The 117-111 scorecard in favor of Estrada that was handed in by judge Carlos Sucre overshadowed a great fight. The WBC, whose title Estrada was defending, ordered an immediate rematch.

Estrada and Gonzalez first squared off in November 2012 in Los Angeles. Estrada dropped down to 108 pounds to challenge Gonzalez for the WBA title and gave everything he had. In the end, however, it was “Chocolatito” who prevailed on points following an epic battle.

ESPN’s Rodriguez also reported that Estrada (42-3, 28 knockouts), who resides in Hermosillo, Mexico, has opened camp in the mountains near the town of Jiquipilco, which is approximately 60 miles west of Mexico City.

Gonzalez (50-3, 41 KOs) has trained for recent fights in the Southern California desert city of Indio. The 34-year-old was born and still resides in Managua, Nicaragua.