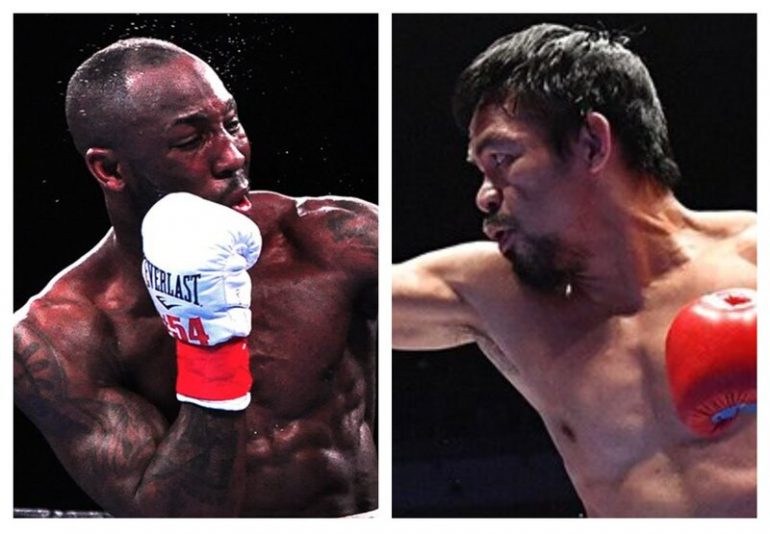 Last Tuesday, news broke that unified welterweight titlist Errol Spence Jr. had suffered a retinal tear, forcing him to pull out of his much-anticipated showdown with Manny Pacquiao.

Premier Boxing Champions acted quickly and moved Yordenis Ugas up from the undercard to defend his WBA title against the iconic Pacquiao at the T-Mobile Arena in Las Vegas on Saturday.

Ugas, who is rated No. 5 by The Ring, was an amateur standout who took gold at the 2005 World Championships and bronze at the 2008 Olympics. He turned professional at 140 but has flourished at welterweight, defeating the likes of Jamal James (UD 10), Bryan Perrella (TKO 4), Thomas Dulorme (UD 10) and Ray Robinson (TKO 7) to earn himself a long overdue title opportunity. He gave then-WBC titleholder Shawn Porter all he could handle but dropped a split decision. Ugas has rebounded with three wins and was recently upgraded to WBA titleholder.

Pacquiao (62-7-2, 39 knockouts) is nearing his 43rd birthday. How much will he have left? Ugas (26-4, 12 KOs) is more than capable of giving him problems, but will he be able to do enough offensively to impress the judges? Will Pacquiao be thrown by the replacement opponent? Many point to Pacquiao’s recent inactivity as a disadvantage, but Ugas, 35, is coming off close to a year’s inactivity himself. 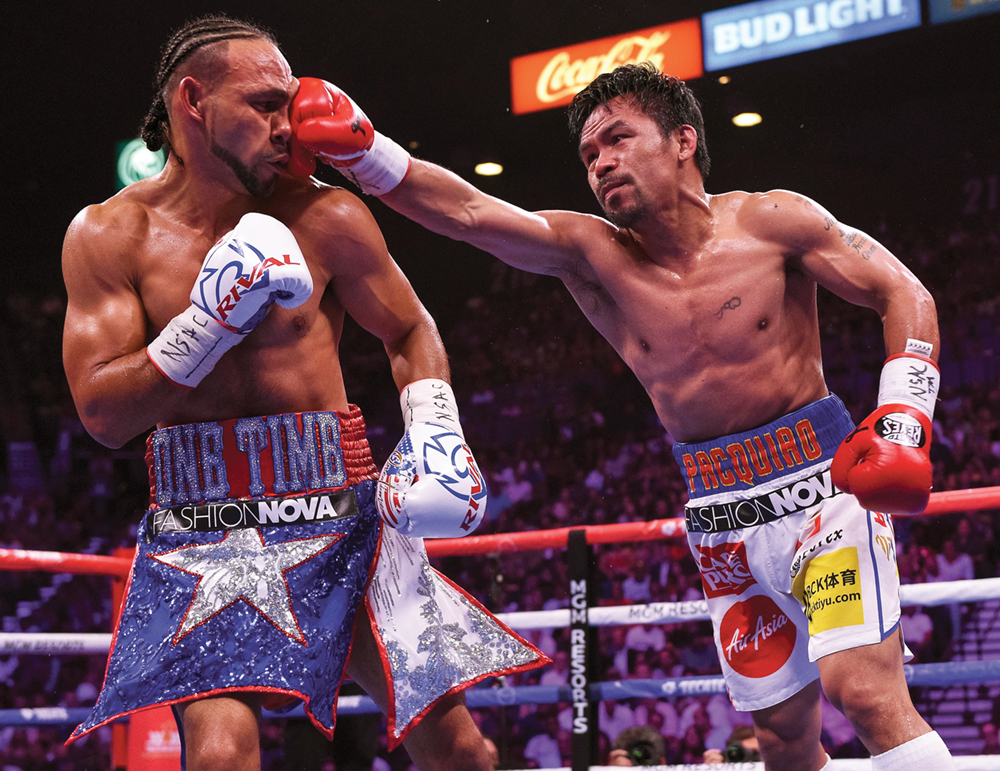 TOM GRAY: PACQUIAO UD
“Ugas does a lot of things very well. He’s got good variety, he switches effortlessly between head and body and he’s always busy. The Cuban star is also extremely durable, but he needs to be because he’s there to be hit. Ugas isn’t particularly quick, he doesn’t move his head and he holds his feet. If Pacquiao is at 50 percent, he’ll have too much speed, smarts and agility for a fighter of this quality.”

ANSON WAINWRIGHT: PACQUIAO UD
“I thought Pacquiao may have bitten more off than he could chew at this stage of his hall of fame career by facing Errol Spence Jr. Facing Ugas at just over one week’s notice isn’t ideal, however, the same could be said for Ugas. I feel that even at 42, Pacquiao’s greater activity will serve him well. Ugas is a difficult customer, an underrated fighter, but I don’t think he’ll get enough work done to impress the judges. He’ll have his moments, but Pacquiao will always be a step ahead and the one making the fight. Pacquiao to win a competitive but clear decision.”

LEE GROVES: PACQUIAO UD
“As would have been the case against Spence, Pacquiao will face deficits in height (three-and-a-half inches) and wingspan (two inches) and the Cuban is well-equipped to maximize those advantages. However, his work rate is not as high as Spence’s and that will make it more difficult for him to win close rounds — of which I think there will be many. He’s also not known for knockout power (he has a .400 KO ratio) and he doesn’t have a great history with the judges as three of Ugas’ four losses were by split decision — including his defeat to Shawn Porter, his last fight against an upper-crust welterweight. Moreover, his most recent fight against Abel Ramos was deemed a split decision win despite appearing to have dominated him. Thus, Ugas will be thrust into an unenviable position: He either has to KO Pacquiao or win rounds so emphatically that he couldn’t be denied the decision. Like the recent fight between Jermell Charlo and Brian Castano, I believe Ugas will win the fight in the ring, but not by a big enough margin aesthetically to get the outright win.”

RON BORGES: PACQUIAO
“Ugas had Pacquiao’s hard-earned title belt handed to him. He is about to find out why it was never really his. Pacquiao by one-sided decision or late stoppage.”

MARTY MULCAHEY: PACQUIAO UD
“Last-minute replacements are notorious for pulling high-level upsets, as Andy Ruiz proved against Anthony Joshua in one of many examples. It is one of the reasons I hesitated picking Manny Pacquiao over Yordenis Ugas, though there are many others most notably Ugas’ fantastic amateur pedigree and current winning streak. However, I am picking Pacquiao with reservations. Most importantly Pacquiao trained for an elite foe and no matter what Ugas may say his training could not match the magnitude of this opportunity. While Ugas is really good at using his advantage in height, I think Pacquiao’s direct down the middle arrow like attacks will find their way to the target. This fight may turn into a chess match, so Pacquiao’s flashier blows and higher work rate will win the day in a close but unanimous decision.”

MICHAEL WOODS: PACQUIAO SD
“Yordenis Ugas is going to win rounds, plenty of them. For Manny fans unaware, know it now: Ugas is a different animal than Spence, and does some things better than Errol. Now, this fight is a battle of mobility—whose feet are functioning better? We don’t fathom Manny ever looking old in the ring, but what if this is the night where his legs act like they are 42 ½ years old? I’m trying to tell you; this one is going to be won by a 1–2-point margin on cards. Pacquiao by split decision.”

MICHAEL MONTERO: PACQUIAO UD
“Yordenis Ugas is a solid fighter and will look to play spoiler against Manny Pacquiao. But the lack of punch output and fight-changing power will cost him against the Filipino legend. Pacquiao’s angles, explosiveness and speed will surprise Ugas in the early rounds. By the time the Cuban catches up, he’ll be well behind on the cards. Manny will slow down late, but it’ll be too little too late from Ugas. Gimme Manny Pacquiao by unanimous decision.”

NORM FRAUENHEIM: UGAS UD
“It’s impossible to dislike Manny Pacquiao. He’s a good guy in a bad business. But likability doesn’t win fights. Nobody beats time, not even Pacquiao. In his day, he would have beaten Ugas the way he beat Joshua Clottey. In his day, he would have beaten Errol Spence Jr. the way he beat Oscar De La Hoya. But that day has passed for a legend who will be 43 on December 17. The opponent really doesn’t matter. It’s Ugas instead of the injured Spence. It could have been Keith Thurman in a rematch. Thurman lost a split decision to Pacquiao in the Filipino’s last outing. That was 25 months ago. Guess here: Thurman would win and so will Ugas. It might be controversial. Sentiment has driven the betting and might influence the judging. But Ugas is a capable welterweight, a fact proven in his controversial loss by split decision to Shawn Porter in March 2019. Time is Ugas’ advantage. He’ll use it in a waiting game, forcing Pacquiao to step inside in a risky pursuit that will leave the Filipino fatigued and — in the end — a narrow loser on all three cards.” 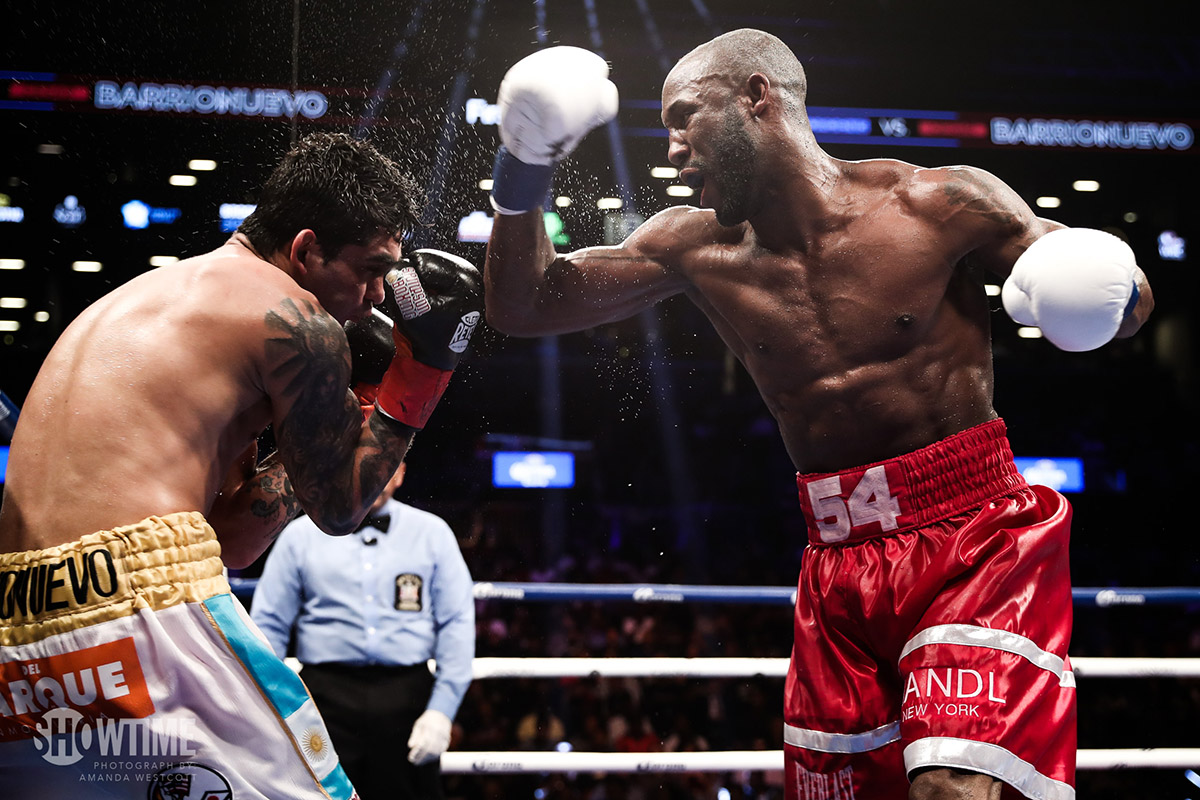 CHRIS ALGIERI (FORMER WBO JUNIOR WELTERWEIGHT TITLEHOLDER): PACQUIAO MD
“Interesting and fortuitous replacement. Ugas was obviously preparing for his own fight but is also a very viable opponent in terms of the welterweight landscape. That being said stylistically Ugas is VERY different than Spence and is by no means an easy fight for anybody – Pacquiao included. Ugas is a long counter puncher who is quite economical. Very different than the offensive machine that is Spence. There were parts of Spence’s game that would allow Manny to land his vaunted left hand. Ugas will be a bit trickier to find in my opinion. The more Ugas is able to slow the pace and use his length and counterpunching ability the better he’ll do. Ultimately, I think he’ll have trouble with the off-rhythm timing of Pacquiao and once the Filipino legend finds his groove the output will be overwhelming. I could see Pacquiao dropping Ugas but he’ll likely hear the final bell. Big question is always: What is left? Can Pacquiao go to the well once again? Also, the psychological aspect of the opponent change – will he be as motivated? I got Pacquiao by majority decision.”

DUKE MCKENZIE (FORMER THREE-DIVISION TITLEHOLDER/TV ANALYST): PACQUIAO TKO
“Manny Pacquiao will obviously be bitterly disappointed not to be fighting Errol Spence but the show must go on and because he is the consummate professional a change of opponent shouldn’t be a problem. WBA champion Yordenis Ugas is a late replacement but looks tailor made for the evergreen Pac Man. Ugas simply doesn’t have the know how to win this one; flat-footed, low work rate and not a big puncher. All of that works in Pacquiao’s favor. My pick is Pacquiao by late stoppage.”

RICKY HATTON (FORMER TWO-WEIGHT TITLEHOLDER): PACQUIAO
“Manny will be disappointed about the late change of opponent. He’s been training for a southpaw in Spence and the change of style with Ugas is not ideal for him, but I don’t think Manny will be fazed. Ugas is the world champion, so it’s a credible fight. I hope Errol makes a speedy recovery and we can see him back in action soon. Ugas is not in the same league as Spence and was beaten by Porter, so I expect Manny to win by late stoppage or points.”

KATHY DUVA (PROMOTER, MAIN EVENTS): PACQUIAO UD
“Well, I’m still picking Manny, but I won’t watch this one. I think Manny wins a comfortable decision. Ugas has youth, size, speed and more recent activity on his side, though he has been off for nearly a year. He has never been in a really big fight and he has never beaten a top pound-for-pound opponent. I expect that Pacquiao will be able to handle him.”

JOLENE MIZZONE (MATCHMAKER, MAIN EVENTS): PACQUIAO UD
“I have to go with Pacquiao on this one. I just think he has way too much experience for Ugas. When fighting Pacquiao, you need to make adjustments and I don’t think Ugas will be able to do that.”

CAMILLE ESTEPHAN (PROMOTER, EYE OF THE TIGER): PACQUIAO UD
“Although Ugas can be dangerous with his wild punches and pressure, I think Manny Pacquiao’s footwork and pace will be way too much for him. I see a unanimous decision for Pacquiao.”

MIKAEL ZEWSKI (WELTERWEIGHT CONTENDER): PACQUIAO KO 11
“I think Manny was getting ready for a very tough fight against Spence, so he’s going to be in great shape. Ugas is underrated, Pacman can’t take him lightly, but I go with Manny Pacquiao KO 11.”

RUDY HERNANDEZ (TRAINER): PACQUIAO UD
“Not the fight we wanted but seeing Pacquiao fight is good enough for me. I won’t be able to watch it live but it’s Manny Pacquiao. I’m buying the fight. Manny Pacquiao is a fighter who trains hard and is always in shape regardless of who he’s fighting. Ugas is a dark horse in most fights. Pacquiao will be the fighter pushing the action and will have a good night beating Ugas by unanimous decision.”

ALEX STEEDMAN (COMMENTATOR): PACQUIAO PTS
“This is far removed from the potential history maker we were looking forward to but Ugas is good last-minute opponent and probably a reliable guide as to where Pacquiao is as a fighter these days. Ugas is strong both physically and mentally but under normal circumstances shouldn’t be good or quick enough to beat Pacquiao. If he’s properly focused and still has the stuff, Manny wins by decision.”

JOHN SCULLY (TRAINER): PACQUIAO UD
“The biggest issue for Pacquiao is going to be the emotional and phycological let down from having such a big fight called off so suddenly. If Pacquiao can maintain motivation for Ugas, his conditioning and still formidable skills should see him win a very solid unanimous decision. I expect a stiff challenge and a very game effort from Ugas, but if Pacquiao is still Pacquiao, then I see him still being too sharp and versatile.”