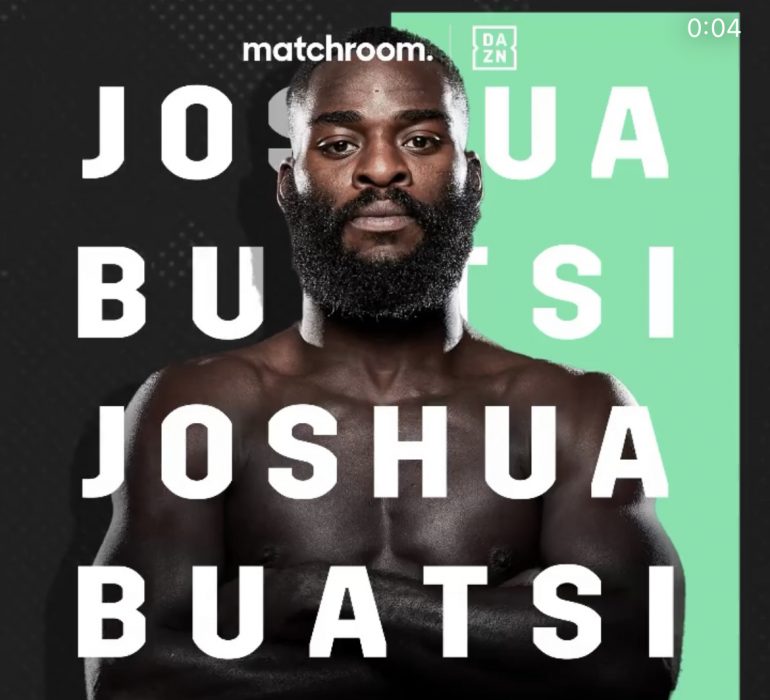 The 28 year old Buatsi had never been beyond seven rounds and he nearly had his opponent out in the sixth but Bolotnicks weathered the storm and Buatsi punched himself to a standstill. 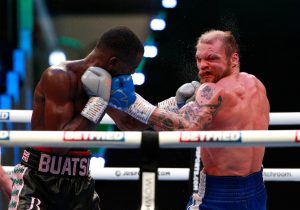 It was at that point that Buatsi, from Accra, Ghana, faced serious adversity for the first time in his 15-0 (13) career. His gas tank was running low and he was still in with an ambitious opponent with half the fight left.

“It was when I sat down and I thought, ‘I almost had him out, emptied it [the tank], he’s still in his corner, the fight’s still happening,’ so I knew I was going to have to work,” recalled Buatsi.

“But you know what? I still trusted my cardio. We worked hard in camp. It was just as we’ve seen in the past if I have someone going I usually get them out of there, so I was just like, ‘Okay, this guy’s survived it. Now let me see where I’m at.’ I said, ‘We’ve got six rounds and before the 12th, I’m definitely going to have recovered, so I’m going to rally again at some point.’”

All the while Saturday,  he was having constructive and concise conversations in the corner with his trainer Virgil Hunter.

“When you’re in there, it’s all good but it’s good to have a watchful eye, someone who’s good at reading a fight and he’s very good at it,” said Buatsi, sharing one of the reasons why he values Hunter so highly. “That’s why I’ve made the move, so it was good to have him there. He gave me the input I feel I needed and he kept me on track.”

And Buatsi was asking him for advice and getting the information and instructions he needed to hear.

“Exactly,” Buatsi agreed. “In the seventh he said ‘You’re going to take this round off.’ The eighth he said, ‘How is it?’ And I said it’s coming but it’s not there yet and when I got back from the eighth he said, ‘It’s here now, I can tell.’ The ninth I went out there and won that round and finished strong, dominated the 10th and the 11th I took him out.” 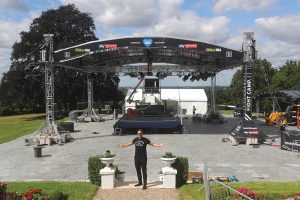 It was mission accomplished because he’d experienced adversity without having the tide completely turning on him. He lost rounds but hung tough under fatigue and he carried his power late. Buatsi, who can be critical of himself, was satisfied.

“I guess getting the win was the most important thing,” he admitted. “Tough opponent… went the furthest I’ve been in a fight… so it was something different as well. Overall, I think I’ve proved in the later rounds that no one has seen me in, that I can do the rounds. And I knew it but I guess people wanted to see it and it was an entertaining fight. I felt I outboxed him comfortably for the first six, almost took him out in the sixth and that meant I had to take a few rounds off, which you could have scored to him. And the last few rounds of the fight I felt I was on top of him, at least 10 and 11.”

Buatsi, a Rio 2016 silver medallist repping England, believed his tactics and pedigree saw him through. He felt he got his jab working early and that was a key difference maker, putting him in good positions and creating openings. Also, despite the effect of the finishing right hand that had Bolotnicks down and out in the 11th and decisive round, Buatsi reckoned he had hit the Latvian far harder earlier in the fight. But by the latter stages the accumulation meant whatever was on that last right hand was enough.

“I landed a lot of harder punches but in the second half of the fight, in the deep waters as they say, maybe he was fully exhausted and it was the bit that tipped him over but I definitely landed heavier shots [earlier] and I want to emphasise how much of a tough man he is because I hit him with everything and he kept going and kept trying. People like this, you have to take your hat off to.” 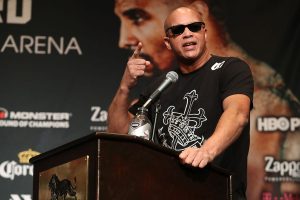 Sounds like the Buatsi-Virgil Hunter pairing is working. (Photo by Tom Hogan/Hogan Photos)

Post-fight, Buatsi said he wanted a break. He’s had back-to-back camps with Hunter in California and the plans are for him to fight one more time this year before looking towards a world title fight in 2022.

“As much as I want a break, I know it’s not going to be a crazy long one because I want to get back and be in top shape again. So when I’m out there I know I’ve done the hard work required and I won’t cut any corners,” Buatsi explained. “Whether it’s in the States or not, as long as I get one more before the end of the year then we’ll be on it again. Saturday just gone, we had a good gauge, then we’ll see what’s next.”

And at 175 pounds there are big names domestically and globally to get involved with. There’s big money to be made against the likes of Dimitry Bivol, Artur Beterbiev, Joe Smith, Anthony Yarde, Lyndon Arthur and Callum Johnson.

“Yeah, there are a lot of good fighters in the division and everything’s about timing and making the noise when it’s your time and taking these fights at the right time,” Buatsi said. “I feel we’re heading the right way, this is the first of many opponents people have said, ‘these are the kind of guys you’re supposed to be fighting.’ So we’ll do what we have to do and that’s always our goal, to prepare as hard as I can under the watchful eye of Virgil and I’ll learn what I need to learn and I’ll be on top.”

Couch matchmakers will say one of the domestic opponents would be ideal before Buatsi goes to the next level. Buatsi has faith in his team to deliver the right fights at the right time.

“People will have their opinions and everyone’s a matchmaker these days and an expert, which is the nature of the industry that we’re in,” added Buatsi. “But I feel my team will guide me with what the right move is but these domestic fights, we do want to see them. We want them to happen but you can’t base your career on someone else, you have to go out there and make something happen. So if the fights happen, that’s great, if they don’t, I’ll have to carry on with my career and keep looking forwards.”

His first step forwards will be a break and recovery after going 11 hard rounds. There are no holiday plans as yet, but he knows what he doesn’t want.

“As long as I’m out the gym and I can rest the body and everything,” Buatsi said. “It’s been two back-to-back camps. I want something to take my mind off boxing for a bit, let the mind and body heal and we will be back on it again.”