Brian Norman Jr seeks to rise to 21-0 in Atlanta 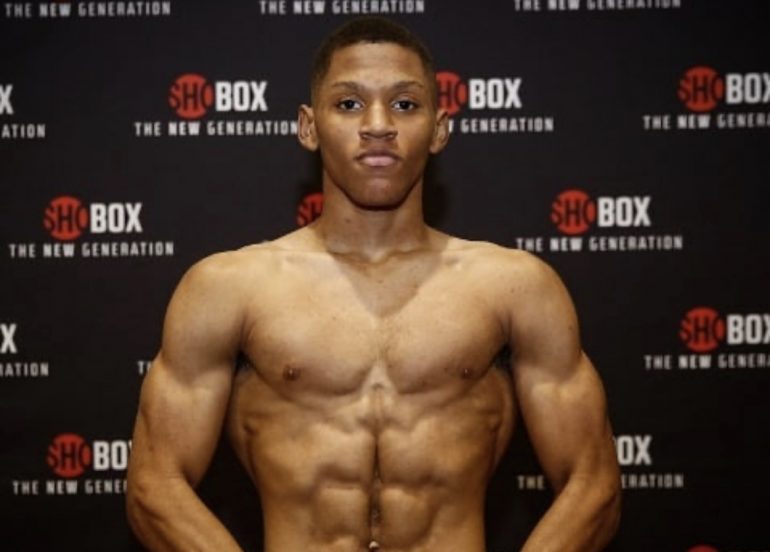 No reason was given as to why original opponent Keandre Gibson withdrew from the Norman fight.

In his most notable fight thus far as a pro, on March 13 of last year, Norman (20-0, 17 knockouts) defeated Flavio Rodriguez by technical decision. The victory over Rodriguez took place in the opening bout of a ShoBox telecast.

Since the Rodriguez fight, Norman has stopped his last three opponents, including a technical knockout victory over gatekeeper Benjamin Walker on March 10. In his last bout, which also took place in Atlanta one month after the win over Walker, Norman stopped journeyman Agustine Mauras in round four.

The 20-year-old, whose Instagram bio labels “The King of Boxing,” made his pro debut in January 2018. 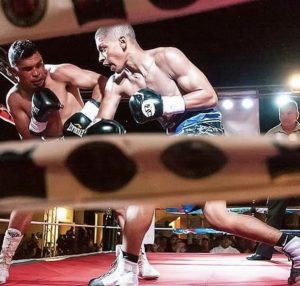 Norman hurls a right cross during a 2018 battle.

Fernandez (13-3, 5 KOs), who resides in Buenos Aires, Argentina, was stopped in the opening round of his last bout, February 20, at the hands of unbeaten Gustavo Lemos. Fernandez also appeared on a ShoBox telecast in October 2019, losing by knockout to unbeaten Jaron ‘Boots’ Ennis. 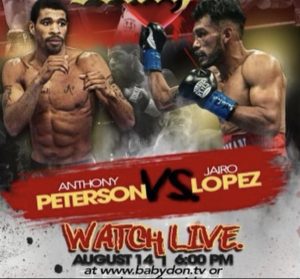 Peterson, age 36, will be fighting for the first time since his split-decision draw against Algenis Mendez in March 2019. He is the younger brother of former world junior welterweight titleholder Lamont Peterson. The 37 year old older bro retired after losing to Sergey Lipinets in March 2019.

Lopez (26-12, 17 KOs), who resides in Apodaca, Mexico, was knocked out by fringe lightweight contender Marcelino Lopez in round five of his last bout, on March 20. He also has recent losses to former world junior bantamweight titleholder Tomas Rojas, recently-retired Luke Campbell, and unbeaten Joseph Aguirre.

Unbeaten heavyweight Hasim Rahman, Jr. (11-0, 5 KOs) will square off against Nathan Bedwell (5-17-1, 4 KOs) of Jackson, Tennessee in a six-round bout. Rahman, who grew up in Baltimore, Maryland and now resides in Las Vegas, is the son of former heavyweight champion Hasim Rahman.

Headley Scott (15-1, 12 KOs) of nearby Jonesboro will face Argentina’s Jonatan Godoy (5-9) in a six-round lightweight bout.

Welterweight Cristian Dominguez (11-2, 6 KOs) of Las Vegas will square off against Tre’Sean Wiggnis (11-5-3, 6 KOs) of Newburgh, New York in a six-round bout.