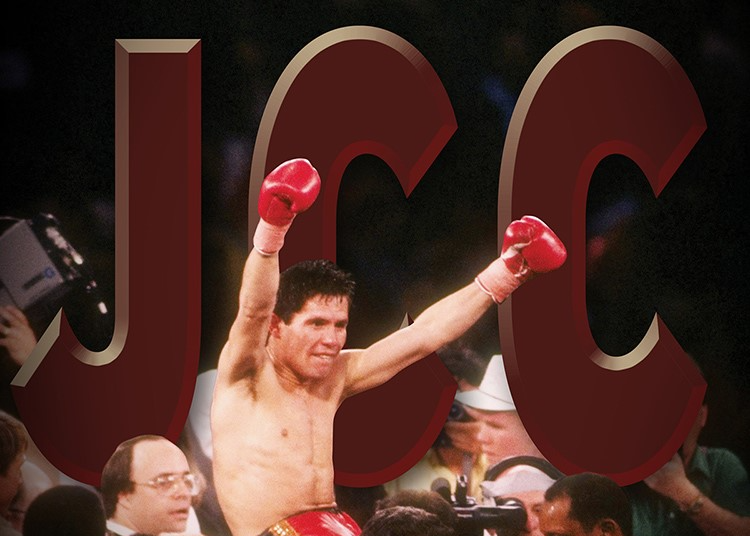 We’re pleased to let you know that the October digital issue of The Ring is now online! This month, we’re adding to our popular series of special issues with a tribute to El Gran Campeon Mexicano, Julio Cesar Chavez.

The magazine is packed with commentary from the Lion of Culiacan himself, starting with an exclusive interview conducted by veteran broadcaster Bernardo Osuna that covers the arc of Chavez’s rise, fall and resurrection (“The Champ: In His Own Words”) as well as a first-hand account of seven fights that stick out among countless highlights (“Greatest Hits”). You’ll also go to the other corner and hear from several of Chavez’s opponents (“Facing Chavez”).

Chavez would go on to hold multiple world titles at lightweight and junior welterweight, but it was his reign at junior lightweight that put him on the path to becoming Mexico’s greatest fighter. The string of nine title defenses is covered by Cliff Rold in “Finishing School.”

And if success at 130 pounds prepared Chavez for becoming the king of Mexico, it was his move to 135 pounds that marked his rise to pound-for-pound supremacy. It started with a victory over Edwin Rosario, a fight detailed by Ron Borges in “Peak Performance.”

Eventually would come the night that forever linked glory and controversy. In “Two Seconds,” Dan Rafael revisits the night of Chavez vs. Meldrick Taylor, a fight that still triggers fierce debate more than 30 years after referee Richard Steele made his infamous decision. 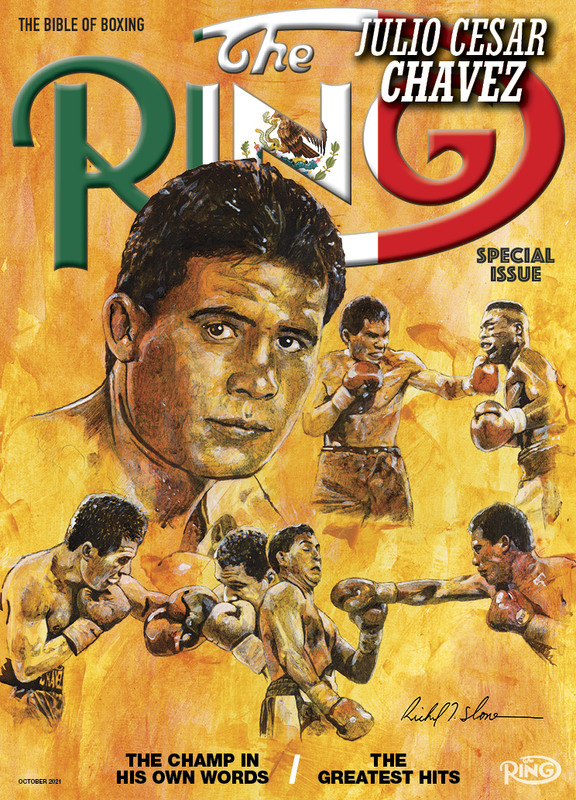 Chavez was always more than just a great fighter, though. He was a hero and a symbol of his country’s place in the world, and part of that was the troubled relationship between Mexico and the United States. Thus Chavez’s destruction of Greg Haugen in 1993 was more than just a sporting event. The fight, attended by more than 132,000 fans in Mexico City, is described by Nigel Collins in “From the Alamo to Estadio Azteca.”

The rise was epic, but eventually the temptations of fame and the ravages of nearly 100 fights began to weigh on Chavez. We enter the final stage of his career in “The Aging Lion,” written by Michael Rosenthal.

And as for that fame, Chavez’s enduring near-deity status in his home country is sometimes difficult for non-Mexicans to grasp. Writer Don Stradley recalls his brushes with Chavezmania in “The Fame and the Fury.”

Chavez is an impossible person to sum up. He was so many things to so many people as a fighter, and he continues to inspire in his post-boxing life. One thing that can be said with confidence is that we’ll never see anyone like him again. The accomplishments of “El Gran Campeon” are beyond remarkable, as writer Lee Groves shows in our concluding feature.

But there’s more, including a forward written by WBC President Mauricio Sulaiman and Thomas Hauser’s account of watching Chavez vs. Taylor with Muhammad Ali.

We hope you enjoy this tour of one of boxing’s most incredible careers, the work of a living legend. Thanks for being a subscriber!