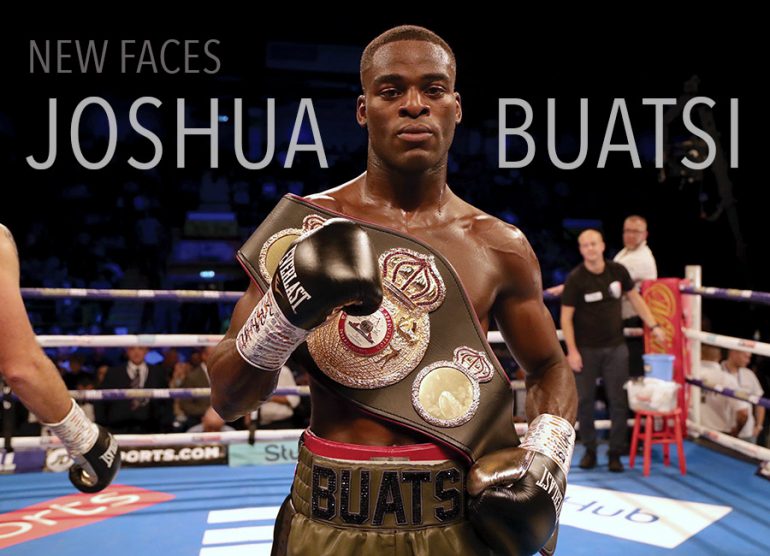 Joshua Buatsi, The Ring’s No. 10 rated light-heavyweight, hopes to make a statement against Ricards Bolotnicks this weekend.

Since winning silver at the Rio Olympics in 2016, Buatsi (14-0, 12 knockouts) has been tipped for big things. Bolotnicks is being brought in as a measuring stick, to see how far away Buatsi is from world title contention. If he makes a statement, Buatsi could be in line for a title sooner rather than later.

Buatsi stopped Marko Calic in October 2020 and Daniel Blenda Dos Santos in May this year in his two most recent fights.

Bolotnicks, ranked by three governing bodies, is a step up.

“Absolutely,” Buatsi agreed. “I’m fighting a good opponent. He’s up for it and so am I, so we are in for a treat. I think people have been wanting me to fight someone that they know of or someone in the top 10 and here we have an opponent in the top 10. People think it will be a real test on paper, so we will see how it goes.”

Buatsi has often impressed since turning over and fans are interested to see not just how far he can go, but how he will cope when the opposition is improved. He’s happy that fans want to see more of him.

Now trained by Virgil Hunter in California—and Hunter will be in his corner at Fight Camp this weekend—Buatsi always knew he would like Hunter’s approach. Their relationship has started to blossom. He’s had a good look at the way Hunter works, this is his second fight with him. He’s also been able to pick the brains of Andre Ward and Andre Berto, who he’s seen in Hunter’s gym.

“Virgil’s a trainer I’ve always rated, but I first encountered him in 2019 at MSG (Madison Square Garden) when (Anthony) Joshua and (Andy) Ruiz fought the first time. I said to him, ‘I think you’re a great trainer and I’m going to train with you one day.’ He just said ‘Whenever you’re ready, come over.’ My team was able to connect the dots and before I knew it, I was out in the States, before I knew it, I had a fight, before I knew it, I have a second fight.

“I like the style of fighting and the way his fighters’ box, but I think there’s a unique method to what he does. I was intrigued and I wanted to know what it was and what it is. They were the two main things. Being there now, I see it, I understand it and I feel I’m under the right coach.”

Hunter’s greatest masterpiece was the aforementioned Ward, who has leant Buatsi pearls of his wisdom from an unbeaten professional career that saw him rule the world at super-middleweight and light-heavyweight.

“He’s been down a few times, Berto has popped down and they’re the two main guys I’ve seen down there,” Buatsi continued. “When he’s talking, just in normal conversation you might just ask a question, ‘What do you think about that?’ And he’ll answer it. From him talking anyway, you pick up little bits so it’s good to have him around.”

But the business-end of fight camp has been finished in Shane McGuigan’s new gym and it will wind up in the ring with Bolotnicks (18-5-1, 8 KOs). Until the Latvian is beaten, Buatsi won’t entertain what might lie in his future with a bustling division both globally and domestically.

Artur Beterbiev, Dimitry Bivol and Joe Smith are in the mix further afield, but closer to home, Buatsi has Lyndon Arthur, Anthony Yarde and Callum Johnson on his doorstep. For now, it’s all about Bolotnicks.

“I have absolutely nothing to say about them, no comment regarding them,” Buatsi said. “Mainly right now my focus is on Saturday. Those guys exist and it’s cool, but my focus is on Bolotnicks right now.”