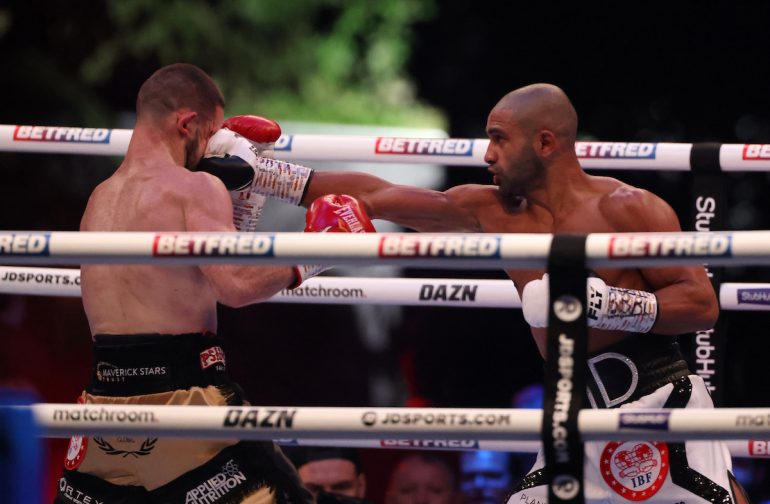 Kid Galahad might have fulfilled his life’s ambition by becoming a world champion last weekend but he has been quick to praise everyone but himself after his superb victory over Jazza Dickens.

Galahad stopped the gutsy Liverpool man at the end of 11 bloody rounds to win the IBF featherweight title and it was his co-challenger that Galahad first spoke of his admiration for.

“I knew I had to be on point for Jazza because he’s a world class operator and he lives the life,” said the Sheffield man. “He reminds me of me, because he’s dedicated. You never hear any stories of him out drinking or messing around. Boxing is a very small community and everyone knows everyone’s business and all you ever hear is good things about Jazza. I knew I had to be 100 percent and the only difference was I was the better man on the night. I believe he will be a world champion.”

But at what point did Galahad know he had the fight in the bag? Many felt Dickens ran out of gas around the sixth and while his heart remained intact, he started to take a shellacking in the later rounds. At no point, though, did Galahad feel in complete control.

“I didn’t,” he admitted. “The thing is with Jazza, you don’t know. He comes to fight every round, non-stop and if you look, he beat Leigh Wood. Not taking anything away from Leigh Wood but if Leigh Wood’s at world level and Jazza beat him, what level is Jazza at?”

There was some controversy about the timing of the stoppage. Some felt the fight had run away from Dickens by the end, and that he could have been withdrawn earlier, but Galahad wasn’t concentrating on the other corner.

“I’m just focused on winning, winning every single round and making sure I do my job,” he explained. “I thought it was closer than people thought it was. That was my opinion and in there it felt closer than it should have been.”

It’s been well-documented that Galahad lives in the gym. He was back in on Monday and did sessions in the morning and afternoon. He also trained Tuesday morning and was going for a light run in the evening.

Life as the champion hasn’t changed him. In fact, he may double down now. Already a full-time fighter, his ambitions are clear.

“It feels good to be world champ but we want more,” Galahad said. “That’s the thing, we want to unify and move up.” 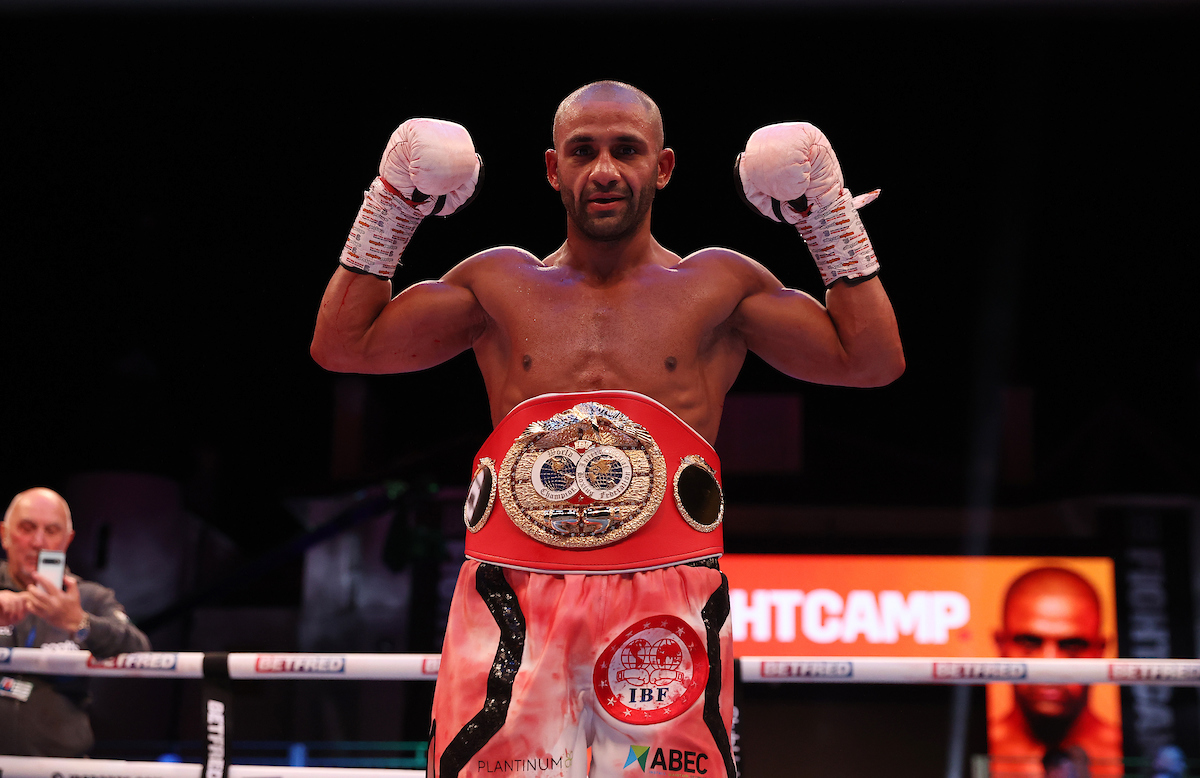 And Dickens wasn’t the only man Galahad wanted to praise.

Yes, he is now another champion from the famed Ingle gym and yes, he is the last fighter who the late Brendan Ingle worked with to become a champion, joining Johnny Nelson, Naseem Hamed, Junior Witter and Kell Brook from the famed Sheffield stable.
But Galahad gives credit to both Brendan and his current trainer Dominic, one of Brendan’s sons.

One of the old guard, Naz, the reason Galahad joined the gym almost 20 years ago, called to congratulate Galahad on Sunday and told the switch-hitting champion he had been like a surgeon against Dickens. A day later, Galahad signed a multi-fight deal, thought to be for an initial three contests, with Matchroom Boxing.

“Everyone has given me these offers but truth be told, Eddie is good at what he does,” Galahad continued. “He’s a brilliant promoter, if he tells you he’s going to give you something you get it on time. It’s not like other promoters who say, ‘You’re getting this, but guess what, this happened so now you’re only getting this.’ With Eddie, he’ll give me names and say, ‘Who do you want to fight?’ and I’ll say, ‘Whoever.’ I’ve never refused a fight with Eddie.”

Galahad will have a homecoming bout in Sheffield later this year and then set his sights on a unification fight early in 2022.

He’s 31 and has no inclination to wait around for anyone. He will be at Josh Warrington’s rematch with Mauricio Lara next month and is open to the idea of facing the Leeds man again, if he wins, but he’s not focused on one possible opponent.

“If I beat Josh Warrington, where does it get me?” he asked. “It gets me the win I should have got [when they first fought] but he doesn’t bring anything. He said he’s got bigger fish to fry and he’s boxed [Mauricio] Lara, who no one heard of and [Sofiane]Takoucht. I’m not going to stick around and wish I’ll get these unification fights. If they’re not going to happen, I’ll move up and get another world title in another weight class. I’m not going to wait around for a unification like Warrington did.”

A voluntary defense will come first and Galahad admits that should be a routine outing, but he’ll take nothing for granted. He’s training for it already and he will expect a hard night, too.

“At this level every fight is a hard fight because when you’re world champion there’s no such thing as an easy fight,” he said.

Then, finally, Galahad allows himself to pat himself on the back.

Watching him against Dickens on Saturday night, many said he is a nightmare to box. Add in the confidence of being a champion and he will be a tough night for anybody.

“I’m just good at everything,” said the IBF featherweight titleholder. “There aren’t any flaws because how would you beat me? I can do everything. I’ve got all the basics covered and to be a good, great champion that’s all you need – good basics, good timing and being able to process things quickly. I can adjust and chop and change very quickly. You might be able to adjust and change but I can do it quicker.”