Elwin Soto vs. Jonathan Gonzalez is on for September 18 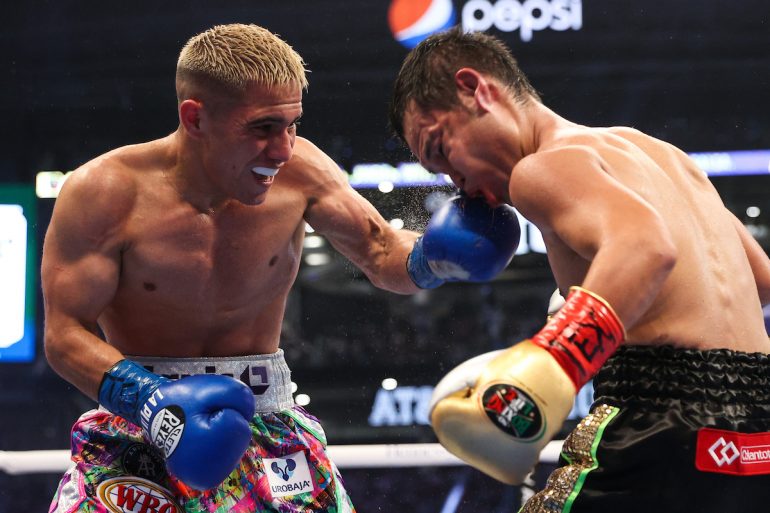 An agreement has been reached for Elwin Soto, who is ranked No. 3 at junior flyweight by The Ring, to defend his WBO title against Jonathan Gonzalez, All Star Boxing promoter Tuto Zabala Jr. confirmed to The Ring Wednesday afternoon.

The agreement between All Star Boxing and Matchroom Boxing, which promotes Soto, avoids a purse bid, which the WBO scheduled for Monday. Zabala also told The Ring a fight date has been finalized.

“An agreement has been reached with Matchroom and the fight will take place on September 18 in the United States,” said Zabala.

Soto (19-1, 13 knockouts), who resides in Mexicali, Mexico, will be making the fourth defense of the WBO title he won from Angel Acosta in June 2019. Soto was down on all three judges’ scorecards before the fight ended moments into Round 12.

In his most recent bout on May 8, Soto stopped former five-time 105-pound titleholder Katsunari Takayama, of Japan, in Round 9. The 24-year-old suffered the only loss in his third fight as a pro at the hands of Daniel Andujo in February 2017.

Soto is still co-promoted by Zanfer Promotions, which is based out of Mexico. His promotional deal with Golden Boy Promotions ran out before signing on with Matchroom earlier this year.

Gonzalez (24-3-1, 14 KOs), who is originally from the Bronx, New York, and now resides in Caguas, Puerto Rico, stopped Mexico City’s Armando Torres in Round 4 of his most recent bout on May 21. He has won his last two bouts since losing to WBO flyweight titleholder Kosei Tanaka in August 2019. Gonzalez was up on two of the judges’ scorecards entering Round 7.

The 30-year-old has been a staple of “Boxeo Telemundo” telecasts over the last couple of years. He has won six of his last seven bouts, including decision victories over former title challengers Ricardo Rodriguez and Julian Yedras in 2018.