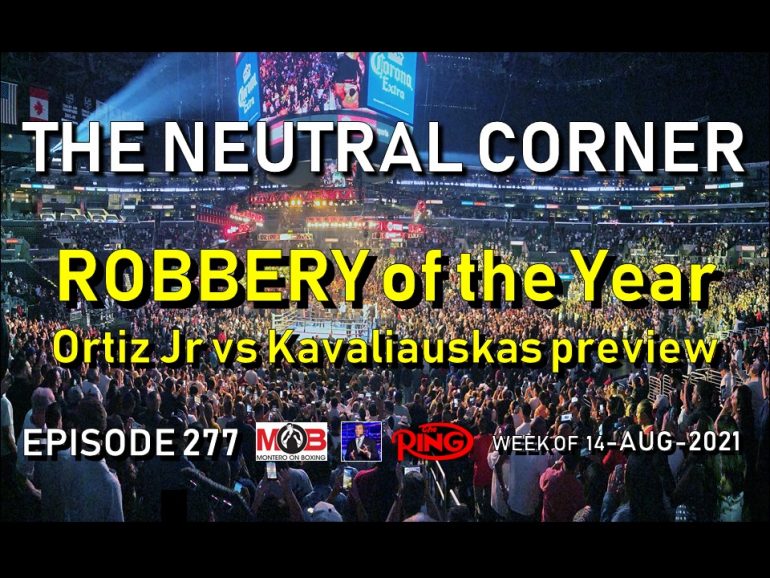 On episode 277 of The Neutral Corner boxing podcast, host Michael Montero sounded off on the highly controversial decision that took place during the PBC on Fox last Saturday night in Minneapolis.

Gabriel Maestre and Mykal Fox fought to the distance in a twelve-round welterweight fight. Despite Fox dropping Maestre and controlling most of the action throughout, judges David Singh, John Mariano and Gloria Martinez Rizzo all scored it for the Venezuelan.

Montero argues that there was obvious corruption between the PBC and the WBA, who sanctioned the doubt for one of their dubious secondary titles. He went on a heated rant, proving examples to back up his claims.

Afterwards, Montero asked the viewing audience if they felt that they could ever reach a tipping point where they would stop watching boxing due to poor decisions, big fights falling through, and the best not fighting the best often enough.

On Friday, August 6, Michael Conlan dropped and dominated TJ Doheny, scoring a wide points win. The junior featherweight bout headlined a card from North Ireland, which was broadcast by ESPN+ in the United States.

On Saturday, August 7, Kid Galahad stopped James Dickens in a rematch to claim the vacant IBF featherweight title. The fight headlined a Matchroom card from the UK, which was broadcast on DAZN. In the USA, Eimantas Stanionis suffered a nasty cut from a head butt with Luis Collazo, which ended their bout prematurely. It was ruled a No Decision. That fight headlined a PBC on Fox show from The Armory in Minneapolis, MN. In the co-main, one of the worst decisions in recent memory robbed Mykal Fox of what should have been a wide points win.

The Ford Center at The Star, Frisco, TX

“I don’t think there will ever be a tipping point where I would stop watching boxing,” said Nacho. “If there was, it would have already happened. There have been so many horrible decisions in years past, and I still watch the sport no matter what.”

“The only time I ever said that I was done with boxing was after the Canelo vs Golovkin rematch,” said Jack. “Imagine your favorite fighter being ducked for years and then finally getting a fight, winning, and then getting a draw. Then winning the rematch, and losing on the cards. I was about to cry, I was so upset that they robbed GGG like that.”

“No I’m not going to leave boxing,” said Andrew. “The highs are too good. We just saw Leigh Wood upset Can Xu. Gabe Rosado had that big knockout of Bektemir Melikuziev. We still get great fights like Estrada vs Chocolatito 2. We don’t have to give up on boxing, we can choose which fights we watch.”

“I understand that some people will never stop watching boxing,” said Hamed. “But, for me, I’m only interested in big fights. The problem in boxing is that we don’t get those big fights. I’m becoming a bigger UFC fan.”

@16:10 ranting on the Maestre-Fox robbery