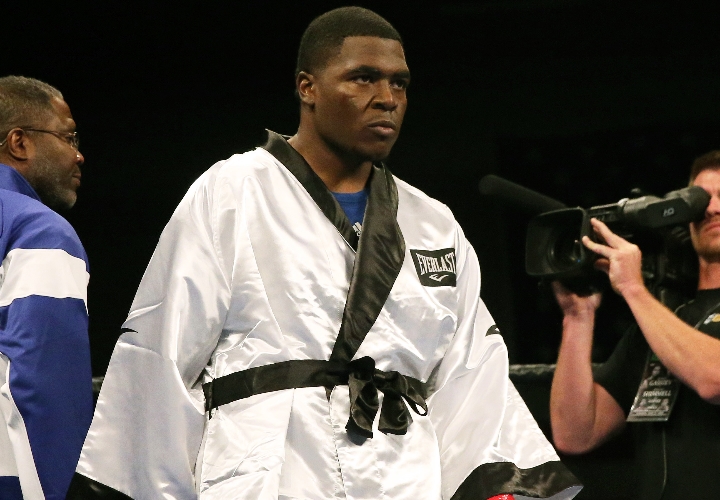 Lou DiBella will combine two of his favorite passions, boxing and baseball, in one event on August 26.

DiBella will present a fight card at the Diamond in Richmond, Virginia, home of the Flying Squirrels, which is a Double-A affiliate of the San Francisco Giants. DiBella is the president and the managing general partner.

“I’m thrilled to bring world class boxing to the Diamond in Richmond, home of the AA Flying Squirrels,” said Lou DiBella, President of DiBella Entertainment. “RVA’s first fight card in eight years will offer three explosive heavyweight bouts, talented up-and-comers, and amateur action from US Marine fighters stationed at Camp Lejeune. Hip hop legends and Rock and Roll Hall of Famers, The Furious Five, featuring Grandmaster Melle Mel and Scorpio, will close the show. The Flying Squirrels have turned the Diamond into Funnville. August 26 will be something different when the Diamond plays host to the sweet science. We’re going to have fun and go nuts yet again. Let us take you out to the Brawl Game!”

Shaw (14-0, 10 knockouts), who resides in Saint Louis, Missouri, defeated Lyubomyr Pinchuk by decision over eight one-sided rounds in his last bout on December 17. The fight took place on a ‘Ring City USA’ card at the famed Wild Card Gym in Hollywood, California. The victory over Pinchuk snapped a string of four consecutive knockout victories.

The 28-year-old is a former U.S. National Amateur champion who is promoted by DiBella and managed by David McWater, who also manages Ring Magazine lightweight champion Teofimo Lopez.

Simms (11-3, 3 KOs) defeated Aaron Quintana by unanimous decision in his last bout on March 5. The Saginaw, Michigan resident has won his last three bouts since losing to unbeaten George Arias in March 2019.

August 26 will be a homecoming of sorts for Forrest, who resides in nearby Newport News and will be fighting in the state of Virginia for the first time in almost two years. Forrest last fought on February 27, overcoming three knockdowns to fight to a majority decision draw against unbeaten Zhilei Zhang. In his previous fight on July 9 of last year, Forrest lost a close unanimous decision to Carlos Takam.

The 33-year-old has connections to the U.S. military as his father is master chief petty officer in the U.S. Navy abroad the USS Nimitz. Forrest himself was himself employed as a nuclear electrician for 10 years, working on submarines and aircraft carriers at the outset of his boxing career.

Balugon (17-0, 13 KOs) is a former college football standout who started at the University of Oklahoma. He later played three seasons for the San Francisco 49ers before retiring and switching to boxing.

In his last bout on April 10, Balugon, who resides in Upper Marlboro, Maryland, stopped Keith Barr in two rounds. Five of his last six victories have come by knockout.

Davis (6-2, 4 KOs), who resides in Atlanta, Georgia, has won three of his last four bouts.

Should a rainout occur on August 26, the fight card will be rescheduled for the following day on August 27.