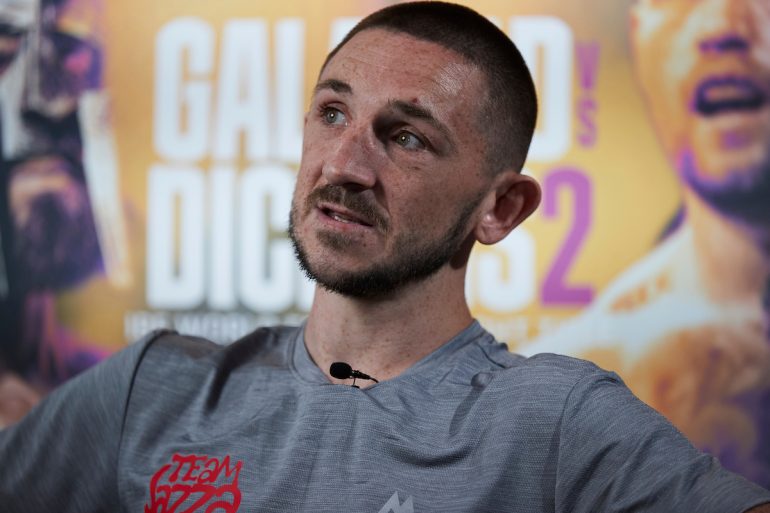 “The truth is, I’ve had the worst camp of my life.”

Jazza Dickens broke into a laugh and then came clean.

“I’m in a good place. Everything has gone great camp-wise. I can’t complain. We always say that, don’t we? But it really has. Everything’s gone good.”

Would he have been honest if it hadn’t, if he’d been concealing an injury, for instance.

“I wouldn’t say, definitely not,” the Liverpool man admitted. “There’s been times when I’ve been in that position and I’ve said, ‘You know what, I’ve had the best camp of my life’ and I know I haven’t. But I think you have to tell yourself that [positivity] anyway, don’t you?”

He has the fight of his life this weekend when he rematches Kid Galahad for the IBF featherweight title. The man from Sheffield stopped Jazza when they met way back in 2013.

“I’m really confident,” said Dickens. “Leading into this fight where we both are it’s easy to see why I’m very confident. After the last two years we’ve both had, I should be confident. He hasn’t done anything and I’m in the form of my life, so I’m in a good place.”

Dickens is referring to Galahad’s inactivity of just one fight since he boxed Josh Warrington in June 2019. Dickens has had four contests in that time frame but he also says their previous bout and multiple sparring sessions will count for nothing on Saturday.

“Not really, it’s one-nil to him, that’s how I see it,” Dickens explained. “I don’t see it as a rematch really because it was so long ago. I haven’t watched much of him since and I don’t [believe] we’re the same people going into it [as before]. I just see it that I’d like to get even.

“But it’s for a world title and that’s that. No more, no less. I expect him [Galahad] to be the best version of himself. I don’t know who he’s beat who’s better than myself. I can’t see him slacking in the gym, I can only see him pushing to be world champion just like I am. I understand he trains very hard, he’s very disciplined but that being said I don’t focus too much on my opponent. I haven’t watched him since about 2014 so what will be will be. I’m not too big on game plans, I’ll just go in there and be the best version of me.” 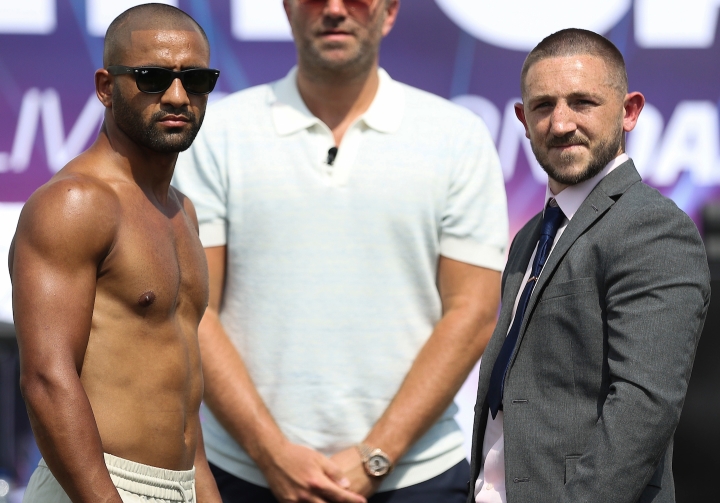 Dickens is trained by the Liverpool duo of veteran George Vaughan and former pro Derry Mathews and he believes they have the formula and the story for success.

“Georgie is a coach but he inspires me,” said Jazza, 30. “When I’m out there running hills every morning he’s out there. He’s 83, he’s getting a sweat on walking up these hills and you can see he’s putting in a bit of a shift and he doesn’t shout, he just looks and gives you a nod and I know he’s working hard himself – so he inspires me and I’m very lucky to have the team I’ve got. Derry’s the same. I’ve followed Derry’s path. When I was an amateur, Derry was one of the older lads in the seniors in the same boxing club. He won the Junior ABAs and Schoolboys and I went on to do the same thing in the same weight class and he won a Senior ABA title and I went on to do the same thing for the same club. Then Derry turned professional and I’ve won the same titles as Derry coming through. He retired and now he’s my coach and I’m following on just behind him. It’s nice that he’s been there and done it. He trained with Georgie and now he’s training me with Georgie so it’s come full circle. There’s a real story to it. I think I find it easier to know there’s meaning in my story. I like to see that type of stuff.”

Dickens-Galahad headlines Week Two of Matchroom’s Fight Camp but there was a storybook ending to Week One, with Leigh Wood upsetting heralded Chinese fighter Xu Can.

“It was brilliant, wasn’t it?” beamed an excited Dickens. “You know what? I had a bit of resentment towards Leigh Wood because when I was amateur on the Great Britain team I was on the development squad and Robert McCracken came in and changed things up. He started giving fighters trials out of the blue and Leigh Wood got on ahead of me. I’d served my time for two years in development and we were supposed to fight in the ABAs. I thought, ‘At least give us a chance to fight and see who’s the better fighter.’ We fought two weeks later in the semi-finals of the ABAs and I won but he’d still been given this place on GB. We fought again [with Dickens winning again as pros] in the semi-final of the [MTK] Golden Contract and I thought ‘Not this again,’ so I had a bit of a chip on my shoulder. But when I saw him win the other night I just saw the passion in him and I thought, ‘He’s a good guy.’ I saw some of the Ingle style in him and he seemed like a really nice fella. I’ve listened to him since and I’ve turned into a bit of a fan. I think he’s a great fella now. He’s just a good guy. He was talking about his kids on a podcast and I related to him. I didn’t know about that side of him.”

Dickens remains a fight fan at heart. He loves the sport and as much as he wants to see others, like Wood, succeed, and as much as he’d love further success for Vaughan and Mathews, he’s aware that his own life could change on Saturday night.

KID GALAHAD: WHATEVER JAZZA DICKENS BRINGS, I CAN BRING BETTER