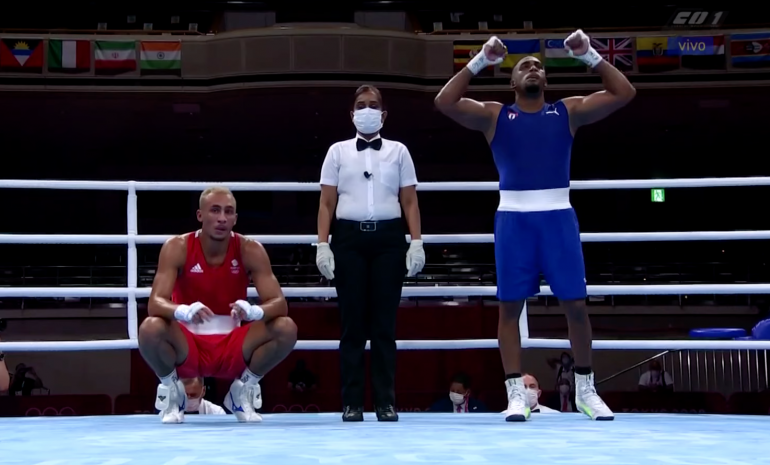 There have been two men’s gold medals handed out so far at the Tokyo Olympics, and both have gone to Cuban boxers.

Cuba’s Arlen Lopez joined an elite list of multiple-time boxing gold medalists from his home nation of Cuba on Wednesday with a 4-1 victory over Great Britain’s Benjamin Whittaker to win the men’s light heavyweight gold medal at the Ryōgoku Kokugikan in Tokyo, Japan.

The 28-year-old from Guantanamo, Cuba had won the middleweight gold at the Rio Games in 2016. Lopez says he spoke to his family after winning gold in Tokyo, and felt like a winner all over again.

Whittaker, who bronze at the 2019 World Championships, broke down in tears after losing the decision, storming from the ring in anguish. He later refused to put the silver medal around his neck, and instead stuff it in his pocket.

“I didn’t win the gold, I lost the gold so to me it’s a failure. I’m not going to celebrate silver at the moment,” said Whittaker.

“I’m sure in a couple of years I’ll look back and see what an achievement it is but, as of now, I can’t be happy with the silver. I wanted the gold medal.”

Two other Cubans are set for upcoming bouts as lightweight Andy Cruz will face Australia’s Harry Garside in the semifinals on Friday, and heavyweight Julio Cesar la Cruz, the 2016 light heavyweight gold medalist and a four-time world champion, will face Russia’s Muslim Gadzhimagomedov in the gold medal match, also on Friday.