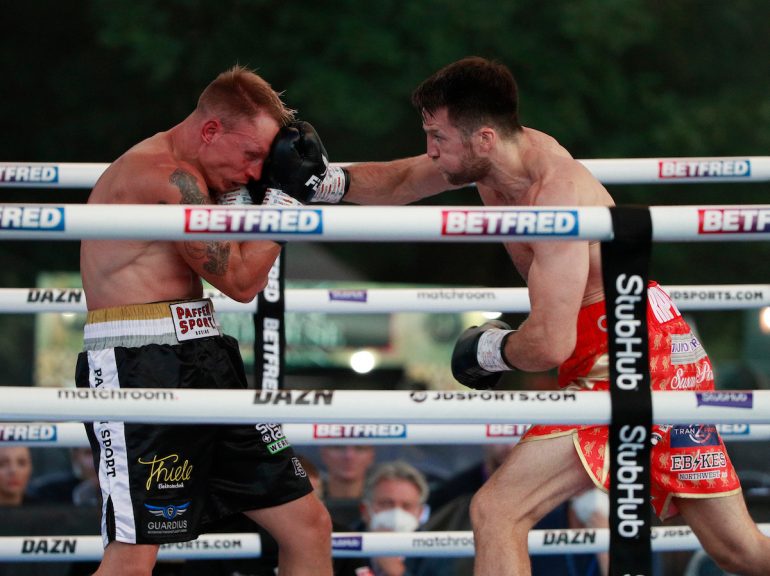 The first session was competitive between Fowler and Mueller and there wasn’t much between them in the second.

Fowler was picking a lot of single shots and the visitor was trying to close the gap and counter.

The Liverpool man boxed with greater variety in the fourth and assumed further control in Round 5 as the German’s face started to swell.

Fowler turned the screws in Round 6, a left hook steadied Mueller and he fended off an onslaught to survive the round but his face was a bloody mask and Round 7 was more of the same with Mueller soaking up a beating. He was taking a terrible shellacking on the ropes when Bob Williams tardy stoppage eventually came. It had started to get brutal about 10 or 15 punches before the German fell into the official’s arms.