No disputing it, there’s high degree of anticipation as to what’s next for Josh Taylor 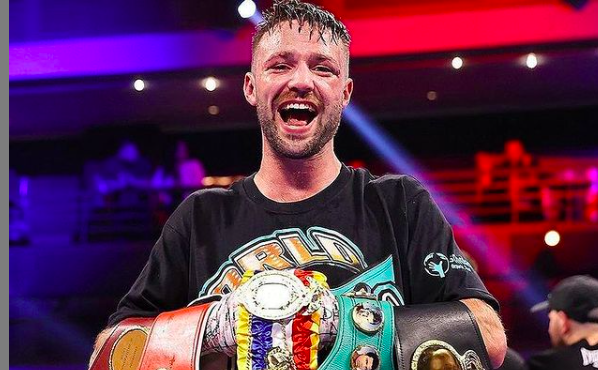 In his last outing, Josh Taylor really broke through, because of the way he did his business against Jose Ramirez. The bout was seen going in as a pick ’em to many pundits, though it must be noted, the ones closer to his homebase of Scotland generally had it spot on when they predicted the 30 year old Taylor would prove his superiority in obvious fashion.

On May 22 in Las Vegas, the Top Rank rep Taylor proved to be the superior ring general, taking a UD12 via scores of 114-112, times three. Taylor added the 140 pound straps the California-based Ramirez had in his possession to his collection, and generated excited chatter, with plenty of impressed surveyors mentally slotting where he sits in the top 20 pound for pound rankings.

So, there’s an extra degree of anticipation as to what will come next for Taylor, who boasts an 18-0 mark, with 13 KOs to his credit. He’s been getting asked about possible foes forthcoming, and weighing in on potential dates, like Mikey Garcia, Gervonta Davis and Terence Crawford. But it’s Brit Jack Catterall, rated No. 1 by the WBO, who is option A for the Scot. Word is that match is being slotted for sometime in November, in the UK, quite possibly in Scotland, to allow the rising talent to luxuriate in a home-field advantage where his rooters can show up and roar their appreciation.

Taylor would be a distinct favorite over the 28 year old Brit Catterall, who possesses a 26-0 record. The fellow lefty has 13 stoppages on his resume, but you have to hunt some to determine his career best win. On paper, probably the Oct. 6, 2018 UD12 triumph over Ohara Davies, then 18-1, which unspooled in Leicester, England. That was a snoozer of a session, though, so that tape won’t make Taylor quiver even lightly that he’ll be in for a rough night of competition. Taylor seems the sort who’d not give off even a minor aura of self doubt if fate were to cooperate, and give him a chance to let, or to force, Terence Crawford to experience the feeling of seeing the other guy get his hand raised, in the first half of 2022.

You can watch Catterall in action in his last go, Nov. 28, 2020, and picture Taylor’s skill set instead of then 14-2 Tunisian Abderrazak Houya, who went the distance but tacked an L on to his Boxrec.

For the record, Catterall isn’t on the RING top ten list among 140 pounders, while Taylor is the RING champ, the top player in that weight class.

Here are the top four 140s, according to the RING ratings arbiters.

Most fight fans seem to understand that this is a strange period for the sport and the world, and that plans are even more subject to change as COVID stays a factor, with stubborn cruelty, all over the globe.

So it’s wise to hope for the best, Josh Taylor fans, and cross fingers you’ll see the skilled practitioner gloving up again, and keeping his momentum in motion. 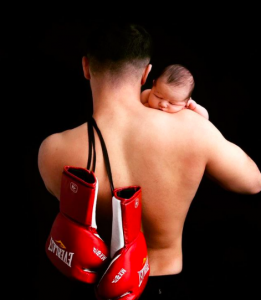 Catterall’s IG now features pics of his new baby girl, and written homages to her and the missus, rather than self-image boosting pics of him showing ring skills.

Catterall could bring a better version of himself to the ring in the fall, as he’s under the spell of a brand new baby girl, and might be laboring with a new and potent source of motivational fuel.