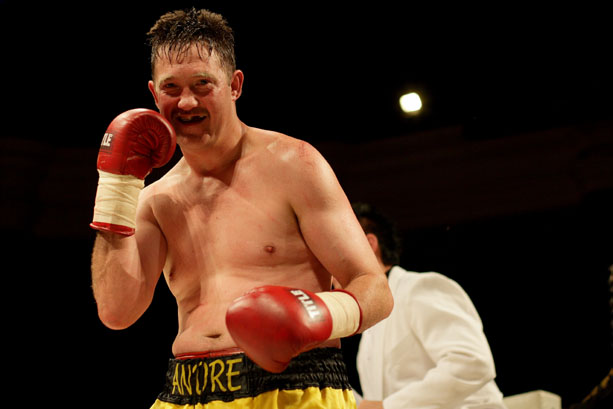 The South African challenged Markus Beyer for the WBC title in February 2004 in Germany, where he was soundly outpointed by the homecoming king.

Known for not ducking challenges, Thysse squared off against future unified 168-pound titlist Mikkel Kessler when the Dane was undefeated just four months later, but was knocked out in the 11th round.

Thysse (20-8, 12 KOs) continued to fight on but would never taste world title glory. Following an eight-round points victory over Emmanuel Duma in September 2009, he started his own promotional company, Real Steel Promotions. He never publicly announced his retirement and instead bowed out to his next profession.

Last December, Thysse ran into trouble after he was accused of violating COVID-19 regulations at a card headlined by heavyweights Tian Fick and Joshua Pretorius in Western Cape, South Africa.

The disciplinary committee of Boxing South Africa found Thysse guilty and suspended him until February 2022, which included a revoke of his promotional license. Furthermore, BSA also ruled that Thysse would have to pay approximately $11,000 to get his license back. The same price tag applied if Thysse had attempted to obtain a manager or coaching license.

Thysse appealed the ruling and BSA revealed on July 7 that a hearing would take place later this month. But he contracted COVID shortly after the announcement and passed away from the virus.