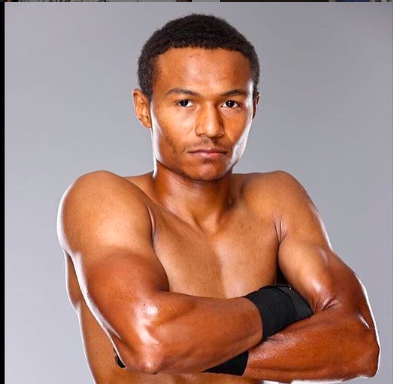 Martino Jules is learning to listen to his body.

During the last week of training camp for his July 2020 fight against Aleem Jumakhonov, he felt bad pain in his rib. However, the featherweight prospect refused to withdraw from the fight.

“Regardless of the injury, I knew I could beat the guy,” Jules said. “I told my team, ‘As long as I can breathe, I can win.'”

The 24-year-old, who hails from Allentown, Pennsylvania, had a tougher than expected fight against the Tajikistan native Jumakhonov, who pushed the southpaw to his limits in an eight-round majority decision victory.

It was a hard lesson for Jules, but given the uncertainty surrounding the COVID-19 pandemic at the time, it made sense why he decided to keep fighting. 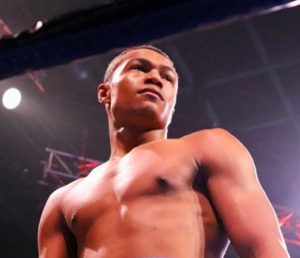 “My team trusted me, but I learned that I’m still human and that I shouldn’t be fighting if I’m that injured,” he explained. “I’ve been learning throughout training camp on how to take care of my body rather than pushing myself until I can’t do it anymore.”

However, Jules still doesn’t regret taking on the challenge.

“At the end of the day, I learned what I had to do to win the fight. It was a wonderful learning experience.”

He also left the door open for a sequel.

“I told my team, if Jumakhonov wants a rematch, I would be more than happy to give him a rematch. I don’t regret anything at all. I still learned a lot about my body during that fight.”

But the rematch will have to wait because Jules takes on the California-based Armenian Aram Avagyan Friday (July 23) in a scheduled eight-round contest. It’s the opening fight of a three-bout Shobox telecast from Heartland Events Center in Grand Island, Nebraska.

We asked Jules to explain the different elements that were introduced in this training camp based on the knowledge and the wisdom gained from the previous one.

“I’m doing physical therapy now.  I’m getting massages weekly, and I have fine-tuned my diet, so I’m getting all the vitamins and nutrients that I need to keep up with the hard training that I’ve been doing.”

Jules (10-0, 2 KOs) will square off against another fellow unbeaten fighter in Avagyan (10-0-2, 4 KOs), who has picked up two decision victories and two draws in his last four fights.

However, at Thursday’s weigh-in, Jules tipped the scales at 125 ¼ pounds, while his opponent missed weight by three pounds, coming in at 129 on the nose.

“We know what he likes to bring, and I’ve been studying his fights,” Jules told The Ring. “He’s not a guy that I really have to know everything about. But I do know one thing, I’m a southpaw, and he struggles against southpaws.”

In his most recent fight on January 20, Avagyan fought southpaw Jose Nunez to an eight-round majority draw in Connecticut.