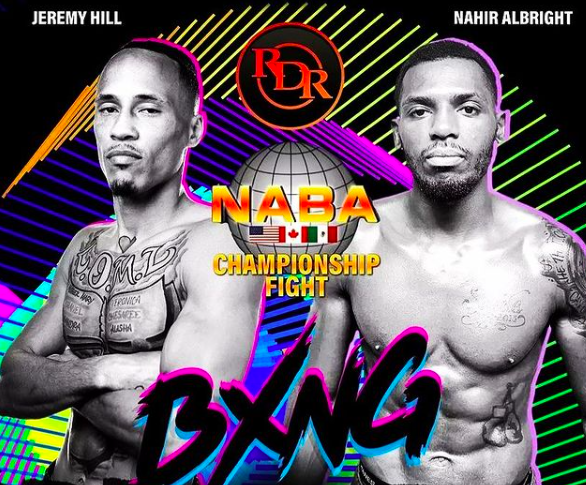 Jeremy Hill cannot undue his first loss as a pro, but he can sure learn from it. The now once-beaten fighter has set his goals high, and says he’s confident nothing or no one will get in his way.

Hill’s goals of competing in the upper echelon of the lightweight division are on the line as he faces Nahir Albright Friday night at the 2300 Arena in Philadelphia, Pennsylvania. The eight-round bout will headline a seven-fight RDR Promotions card (BXNG, $14.99, 6 p.m. ET/ 3 p.m. PT).

After accumulating wins in his first 14 fights, on March 10 of this year Hill faced Steven Ortiz in a clash of unbeaten fighters that aired live on a ShoBox telecast. Hill would lose by unanimous decision, but is eager to prove the loss to Ortiz will not define his career and is confident he will earn a positive result in his fight against Albright.

“I’m approaching (Friday’s) fight with the mindset that I’m back where I’m supposed to be,” Hill told The Ring over the phone Wednesday morning. 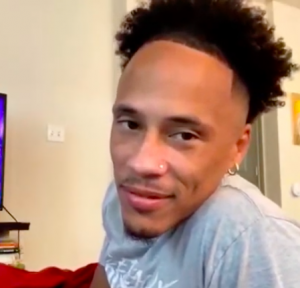 Hill is a Louisiana native, and has a pleasing, upbeat personality.

“My record, the loss doesn’t reflect who I am as a fighter. I learned my lesson and now I’m being me. I’m healthier and stronger and another fighter can’t predestine how I fight. If I’m me, there is no one that can touch me.

“Since the Ortiz fight, I learned a lot about myself. I’m not making any excuses, but there’s a difference between staying focused and being properly prepared in between fights, especially in the (COVID-19) pandemic. That (Ortiz) fight wasn’t me. I defeated myself by bring too flat-footed and I learned my lesson. The fight is behind me.”

Hill (15-1, 10 knockouts), who resides in New Orleans, Louisiana, immediately returned to the ring nine weeks later on May 15, stopping gatekeeper Deivi Cruz in round 4. His last three victories have come by knockout.

Just as the 28-year-old immediately returned to the gym after the loss to Ortiz, Hill was adamant about gloving up and competing for real as soon as possible.

After the win over Cruz, Hill received a phone call from Glenn. Former Ring Magazine lightweight champion Vasiliy Lomachenko needed sparring partners in preparation for his fight against Masayoshi Nakatani on June 26. Hill, along with unbeaten junior lightweight Albert Bell, traveled to Lomachenko’s home in Camarillo, California and worked with Lomachenko for over three weeks.

Hill was grateful for the opportunity to train alongside Lomachenko, but learned more aspects of the fight game to add to his skill-set. 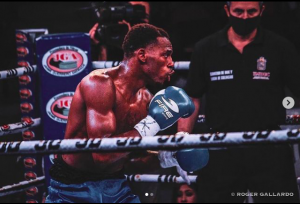 Who is the perceived A sider for this card? Is it Hill, or Nahir Albright, the 25 year old PA native who loves in Jersey?

“It was a great experience,” said Hill. “It wasn’t just being present, but it was also being in the ring with Lomachenko. I was a sponge taking it all in. I felt I bettered my game. It was a great learning experience and added elements to my progression as a fighter. Yes, I did land a few punches on him.”

An impressive victory over Albright could open more doors for Hill and slowly move him into becoming a contender in a very competitive lightweight division. He hopes for a rematch against Ortiz, but also wants another opportunity to fight on any platform, whether it is back on ShoBox or on ESPN.

Hill believes he is now a better fighter and is confident he can hold his own against the top fighters in the division.

“I would like to fight the likes of Ryan Garcia and (Rolando) ‘Rolly’ Romero. My plan is keep improving and facing these fighters. I don’t think a lot of them can match my talent, skill, and work ethic. I’m going to continue being me. I want to keep testing myself and I really believe, if I am properly trained for a fight, no one can mess with me.