John Riel Casimero: Donaire is easy, I don’t think Rigondeaux is scared of me 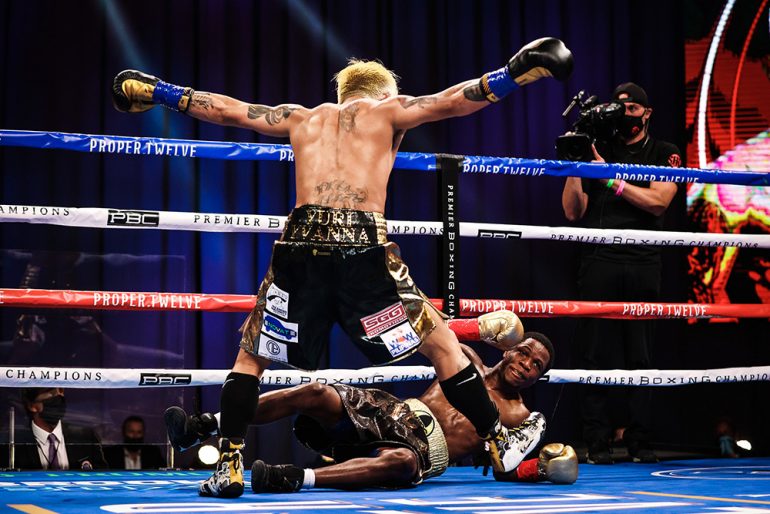 John Riel Casimero may have reverted to his original opponent for his next title defense, but that hasn’t stopped him from taking shots at the fellow titleholder he had previously been set to fight.

Casimero, the WBO bantamweight titleholder, spent almost as much time criticizing WBC titleholder Nonito Donaire Jr. as he did hyping his fight with Guillermo Rigondeaux, whom he’ll face on August 14 in the main event of a Showtime Championship Boxing card on August 14 at Dignity Health Sports Park in Carson, Calif.

Their planned unification bout, which would have been the highest profile all-Filipino, was abruptly scrapped after D0naire withdrew, citing Casimero’s lewd remarks about Donaire’s wife Rachel.

“Nonito Donaire didn’t want to fight me but that’s okay. Donaire is easy for me,” said Casimero (30-4, 21 knockouts) at Wednesday’s virtual press conference.

“Rigondeaux has a much different style from Donaire. I’m actually much more excited to fight Rigondeaux because Donaire is scared of me. I don’t think Rigondeaux is scared. If he’s not scared, he better fight me and not run.”

Casimero, 32, of Ormoc City, Leyte, Philippines didn’t reserve his brash talk solely for Donaire, promising to end the career of the 40-year-old Cuban exile Rigondeaux (20-1, 13 KOs). The rugged brawler challenged Rigondeaux to stand and fight the way he has in recent fights since moving down to bantamweight after reigning as unified junior featherweight titleholder after he defeated Donaire in 2013.

“I believe that my work rate will overwhelm Rigondeaux. We put together a nice strategy with my trainer for Rigondeaux. We’ve watched a lot of tape on him. We just hope that the Rigondeaux that fought Nonito Donaire on a bicycle doesn’t show up. We want to see the one we’ve seen recently that comes to fight,” said Casimero.

Rigondeaux has won three straight since his lone defeat, a 2017 stoppage loss to Vasiliy Lomachenko in New York City. He says fighting bigger fighters at 122 and 130 pounds has made him less concerned about Casimero’s punching power.

Casimero says he too isn’t concerned about what his opponent brings to the ring, citing how he accepted bouts against fighters with very different styles.

“The change in opponent doesn’t bother me at all. It went back-and-forth between Rigondeaux and Donaire. I don’t care who they put in the ring in front of me. I’m ready and prepared for Rigondeaux,” said Casimero.

“I need to win this fight so that I can keep moving along and get the next two big fights against Donaire and Naoya Inoue. But maybe those two are scared of me and don’t want to fight me.”