The remarkable story of Kalvin Henderson, who wouldn’t let a phone call change his life 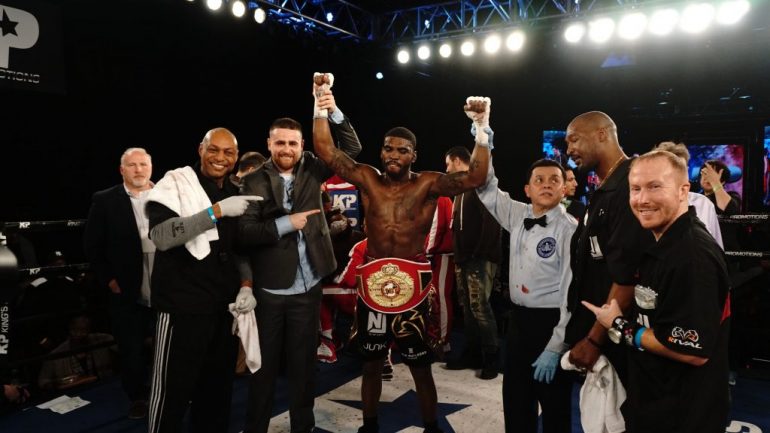 The ping caught his attention. Kalvin Henderson reached for his cell phone and squinted down, unsure who this random Facebook message was from as he walked to his car in the gym parking lot.

It said: Call this number, it’s about your family—it’s an emergency, but call quick.

Henderson cringed. This had to be a prank, as he leaned his head back and thought. An emergency message through Facebook? Really?

Before he put the key in the ignition, he sat in his car and debated himself. Should he, or shouldn’t he? He was filled with curiosity. Who could this be?

So, he called the number.

The first words he heard were, “This is your biological mother.”

In an instant, everything Henderson knew and everything he thought he knew was wiped away. His identity was gone. He went from a solid foothold in life to wondering where he came from, and who he was. Even his name had turned to dust.

Nine years ago, at 22, Kalvin “Hot Sauce” Henderson was slapped across the face with the startling reality that he was adopted—by the very woman who gave him up at birth.

The strained resolve that night has remained a part of Henderson, who has turned an incredible life-altering event into a successful boxing career that the 31-year-old super middleweight from Fort Worth, Texas, is looking to build on Friday night in the main event of Showtime’s ShoBox: The New Generation.

It will mark the 20th anniversary of Showtime’s ShoBox: The New Generation and could signify Henderson’s coming out party.

Hot Sauce, a married father of five, is one of five children Bobby and Lena Henderson raised. He has an extraordinary, eclectic past that saw him become a six-time Arkansas state amateur champion who graduated with a bachelor’s degree in music education from the University of Arkansas in 2012.

But none of this would have been possible if not for the Hendersons. They took Kalvin in, and for the first 22 years of his life, he thought they were his biological parents—until a phone call changed that and possibly disrupted everything he thought he was.

“I’ll never forget it, I got this Facebook message one night that I had to call this number and it involved my family, and it was an emergency,” recalled Henderson, who resides in Fayetteville, Arkansas. “I thought it was some straight up bulls—t at first; some kind of a prank. I started thinking about it, and it was worth a call at least.

“When I called, this woman answered and she broke down immediately and said, ‘Kalvin, this is your biological mother.’ I told her, ‘No it isn’t, I have a mother.’ From there, she went into telling me the whole story.

“It tore me to pieces. My whole world turned upside down. What you thought was one way came out that everything was different. Hey, most adopted kids find out they’re adopted when they’re kids. I had questions racing through my head. Is this real, is that real? Why wasn’t I told?

“It’s like your whole world gets torn apart and erases your whole identity.”

After getting off the phone, the first thing Kalvin did was call his father Bobby, who was a truck driver at the time.

Kalvin asked him immediately. He heard nothing for a moment. Then, Bobby Henderson, who had poured his blood, sweat and tears into raising Kalvin, took a breath and said “It’s true.” Bobby explained to Kalvin that if he had ever approached him about being adopted, he would have told him the truth. 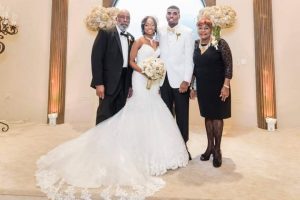 Kalvin Henderson was adopted at birth by Bobby and Lena Henderson, who provided him with a life that led to a college degree and a future in boxing.

“I had a whole new appreciation for my parents. I was fortunate to find out when I was older, because you understand it.”

Nan, Kalvin’s biological mother, and Lena Henderson had an agreement that Nan would never contact Kalvin. Lena was furious when she found out Nan did. Initially, Kalvin himself had to sort some things out. His head was all over the place.

After speaking to Bobby, who passed away in 2020, Kalvin called his trainer and mentor, Kevin Lightburn. 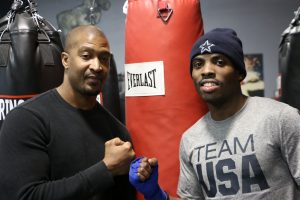 Trainer and mentor Kevin Lightburn (left) was there to guide Kalvin Henderson (right) through that traumatic night when he received a life-changing phone call.

Lightburn told him to come over to his house, where he found Kalvin waiting in the doorway in tears, like he lost a close relative.

“I remember taking Kalvin up to my game room and it was kind of late at night,” said Lightburn, who worked with former middleweight world champion Jermain Taylor as an amateur. “I wanted to listen to everything he had to say. Kalvin was in tears, really upset. When people are hurting and in pain, we don’t tend to listen. We want to jump in and give them direction.

“Kalvin is one of the best guys who I ever trained that can do that. When I asked Kalvin the question of what he was really upset about, you could see Kalvin thinking about connecting the dots of his life. Kalvin went to me, because he felt he had nowhere to go. Kalvin poured out the pain in the things he was describing.”

By the time Kalvin left Lightburn’s house, he was relieved. Kalvin had a college degree. He had a budding pro boxing career. He was surrounded by people who loved and cared about him.

What more could he ask for?

“If I wasn’t adopted, who knows where I would be and what I would be doing,” said Kalvin, who has no relationship with his biological parents. “When I spoke to Kevin, he put me back to reality while I was crying like a little bitch (laughs). I remember calling my father and my mom and telling them that we’re good.

“From everyone who told me about my biological parents, they all say what happened to me was a blessing from God. I’m the one my biological mom gave up. There really is a chance I wouldn’t be here if she didn’t.”

Lightburn doesn’t think—he knows—Henderson will beat Steen Friday night. Henderson has survived Lightburn’s three tests, overcoming a cut against Cameron Burroughs to win by fourth-round unanimous decision in 2016, got back up from being knocked out of the ring in the fourth round against previously undefeated Bobby Taylor to win by fourth-round split-decision in 2017 and stopping Philadelphia’s Brandon Robinson—in Philadelphia—in the seventh round in 2018.

“Kalvin survived a cut early to win, got back up from being knocked out of the ring to win another fight, and beat a guy in his backyard. Kalvin has done all three of those things,” Lightburn said. “We respect Steen, but we’re going to show the world what we already know. This isn’t our biggest fight, but it’s our biggest platform. This fight right here introduces the world to Kalvin Henderson.”

Maybe this will be Kalvin’s call out of the blue.