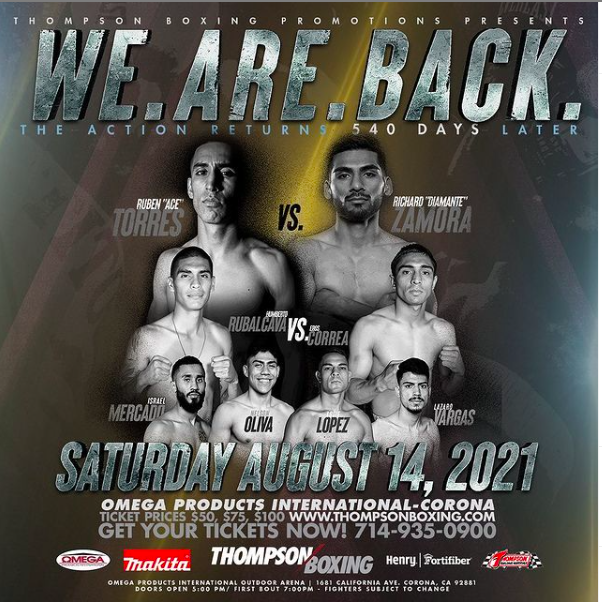 The Thompson Boxing card on August 14 will mark the first time in 540 days fans will be in attendance. 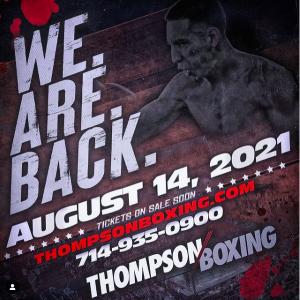 Since that show at the Doubletree Hotel in nearby Ontario in February of last year, Thompson Boxing has promoted a handful of ‘3.2.1 Boxing’ shows inside a warehouse at the Omega Products International, showcasing their stable in mostly evenly-matched fights.

As much as fighters were able to stay active, promoter Ken Thompson felt the boxers needed a sense of normalcy that comes from fighting before a lively crowd.

“We are happy to announce that we can finally open safely to the public,” said Ken Thompson, who promoted his first show in 2000. “We were able to successfully promote our shows during this tough time through our live streams, but it is the fans who make each event unique with the atmosphere. They bring that extra motivation to the fighters. This will surely be a sold-out show and I can’t wait to see everyone having a great time, enjoying great fights.”

Torres (15-0, 12 knockouts), who resides in South Central Los Angeles, dropped Mexico’s Diego Contreras twice before the fight was stopped in the opening round of his last fight on April 18. 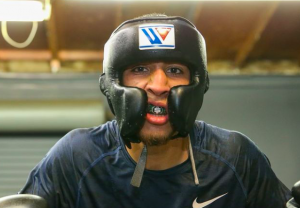 In his previous fight on December 20, Torres (at left) defeated gatekeeper Jose Luis Rodriguez by decision over eight one-sided rounds.

The 23-year-old is nearing the point of being a ten-round fighter and facing an experienced veteran like Zamora will be a good test. An impressive victory could catapult him into contender status in a stacked 135-pound division.

“I am so excited to have the fans back,” said Torres, who is trained and managed by Danny Zamora.

“I feed off the crowd’s energy and it makes me want to put on the best performance possible for them. Knowing I’ll have friends and family there makes a huge difference, but I still have a job to do against Zamora, who is no slouch inside the ring.

“I am excited about this fight because this opponent brings a lot to the table. (Zamora) has fought (junior welterweight contender) Mario Barrios, (lightweight) Antonio Moran, and many other great fighters. I want to show that is the level that I am on.”

Zamora (19-4-1, 12 KOs), who resides in Matehuala, Mexico, has not fought since October 2019, when he was stopped in the opening round at the hands of hard-hitting Emanuel Colon. The fight eight months plus after the loss to Barrios.

Prior to the back-to-back losses to Colon and Barrios, Zamora had won five bouts in a row since a first-round knockout loss to Moran in March 2017.

In the co-feature, junior featherweight Humberto Rubalcava (11-2, 7 KOs) of Orange, California will square off against San Jose’s Eros Correa (10-0, 7 KOs) in an eight-round bout.