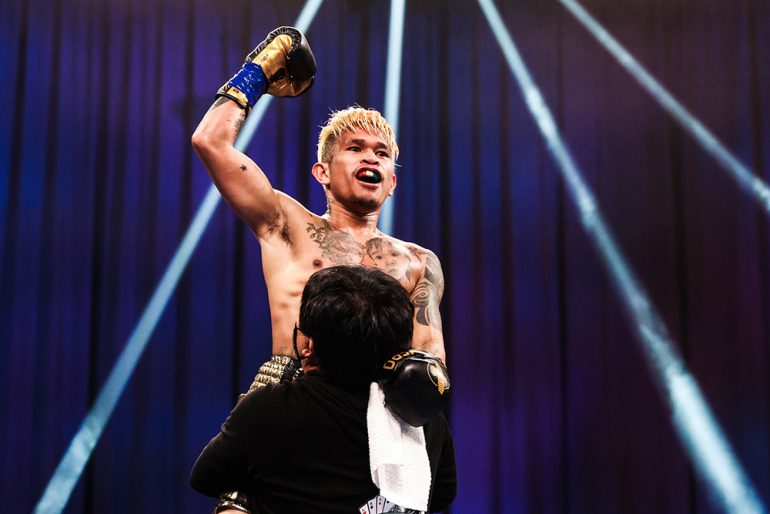 Unbeaten bantamweight Antonio Russell will take a major step-up in opposition when he squares off against former world titleholder Emmanuel Rodriguez in a 12-round bout at Dignity Health Sports Park in Carson, California.

Russell (18-0, 12 knockouts), who is the younger brother of WBC featherweight titleholder Gary Russell Jr., has impressed thus far against modest opposition, but faces his toughest test to date in Rodriguez.

“Antonio Russell looks to announce himself as the next Russell brother in line for a world title against the sturdiest test of his career in Emmanuel Rodríguez,” said Tom Brown, who is the president of TGB Promotions. “Opening up the night of bantamweight duels, Rau’shee Warren can step closer to regaining a bantamweight championship when he faces Damien Vázquez. These three fights will have huge implications on the future of the bantamweight division, which always provides great action for the fans.”

In his last bout, on December 12, Russell defeated former world titleholder Juan Carlos Payano by technical decision. In his previous fight, on February 8 of last year, the 28-year-old won by disqualification against gatekeeper Jesus Martinez.

Despite the quality of opposition Rodriguez has faced, Russell is confident that he will emerge victorious on August 14.

“I’m very excited for this fight on August 14 on Showtime,” said Russell, who is a former amateur standout. “I’ve put in the work and I’m always ready to fight, no matter when the call comes. I’m so focused right now. Rodriguez is the only thing on my mind and I’m ready to put on a show.”

Rodriguez (19-2, 12 KOs) is a coming off a split decision loss to Reymart Caballo of the Philippines on December 19 – a bout many thought the fighter from Vega Alta, Puerto Rico did enough to win. He had been inactive since losing his IBF title via second-round stoppage to Japanese star Naoya Inoue over a year-and-a-half earlier.

The 28-year-old Rodriguez won the vacant title by defeating Paul Butler in May 2018 and made one successful defense by outpointing Jason Moloney. Despite the back-to-back losses, Rodriguez believes his experience will be too much for Russell.

“I can’t wait to get back in the ring for this fight,” said Rodríguez, who is managed by Juan Ivan Orengo. “Everyone knows what happened in my last fight against Gaballo. This time I’m not leaving it up to the judges. I’m going for the knockout and a statement victory.”

Warren (18-3, 4 KOs), who resides in Cincinnati, Ohio, last fought on February 20, when he defeated Sharone Carter by unanimous decision. He has won his last two fights since losing to Nordine Oubaali in a WBC bantamweight title bout. A three-time U.S. Olympian, Warren won his first world title in June 2016 by scoring a revenge win over Juan Carlos Payano. He would lose that title in his first defense to Zhanat Zhakiyanov in February 2017.

Vazquez (16-2-1, 8 KOs) suffered the first loss of his pro career at the hands of Payano in March 2019. The Las Vegas resident would go unbeaten in his next two fights before losing by knockout to Brandon Figueroa on September 26.