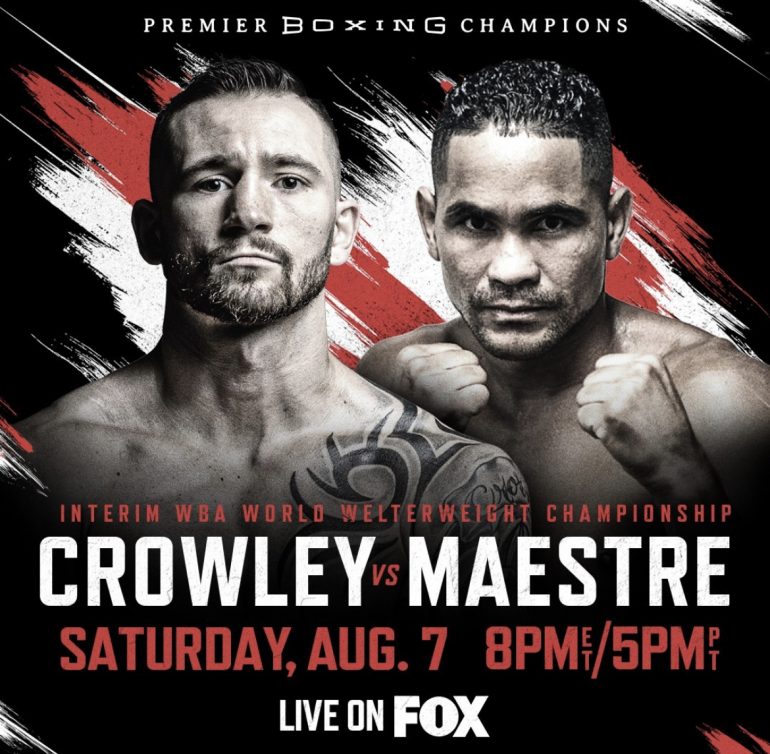 The 12-round bout will take place at The Armory in Minneapolis, Minnesota and will headline a three-bout ‘FOX PBC Fight Night’ telecast (8 p.m. ET/ 5 p.m. PT).

The clash between Crowley and Maestre is an elimination bout for a world title belt in a very competitive division. Both fighters have notched modest victories thus far and an impressive performance could launch the winner into contender status.

“The main event will see two unbeaten fighters in Cody Crowley and Gabriel Maestre look to announce their presence in the division with a statement win in a toss-up fight,” said Tom Brown, president of TGB Promotions. 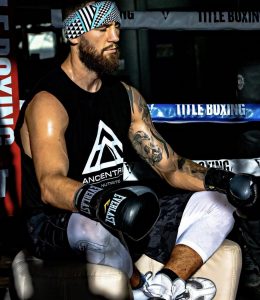 Prior to the win over Torres, Crowley defeated fringe contenders Stuart McLellan and Mian Hussain in 2019. Both fights took place in Crowley’s hometown of Peterborough, Canada.

The 28-year-old believes the number of fights as a pro against the level of opposition will be the key to victory over Maestre. “On August 7, the world will discover a new welterweight force in the division in Cody Crowley,” said Crowley, who has won four of his last six bouts by decision. “I know that they call Gabriel Maestre the ‘Venezuelan Lomachenko’, but after I beat him for the crown, he will return to Venezuela known as the man who put me in position for my first world championship.” 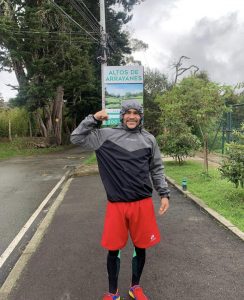 Like Loma, maybe… Maestre wants to clamber up the rankings fast, to get a title crack quickly, because he’s not young.

Over five months later, Maestre stopped former fringe contender Diego Chaves in round four. In his last bout on December 17, Maestre knocked out Daniel Vega Cota at 38 seconds of the opening round.

Maestre will live out a lifelong dream of fighting in the United States on August 7, but the bigger dream of fighting and winning a world title belt is what continues to motivate him. “I am very happy to make my U.S. debut on August 7,” said Maestre,  who has fought all three pro bouts in Colombia.

“This is a wonderful opportunity for me,” he said. “I have the chance to show the whole world what class I’m in and that I’m a great boxer. I’m excited to begin this journey in the U.S. on my way to becoming a world champion.”

In the co-feature bout, welterweight prospect Eimantas Stanionis will face former world titleholder Luis Collazo in a 10-round bout.

Stanionis (13-0, 9 KOs), who is originally from Kaunas, Lithuania and now resides in Southern California, has passed each test thus far as the level of opposition he has faced has increased.

Collazo (39-8, 20 KOs) has not fought since October 2019, losing by technical decision to contender Kudratillo Abdukakhorov. Collazo had won his previous three bouts since losing by knockout to then-WBA titleholder Keith Thurman in July 2015.

Within the last couple of days, the Queens, New York resident posted on social media that the Stanionis fight could be his last of his pro career that began in May 2000.

In the opening bout of the telecast, former two-time world junior welterweight titleholder Devon Alexander (27-6-1, 14 KOs) of Saint Louis, Missouri will square off against Southern California’s Lucas Santamaria (11-2-1, 7 KOs) in a 10-round bout. Alexander, who has lost four of his last six bouts, has not fought since losing by knockout to Ivan Redkach in June 2019. He was up on all three judges’ scorecards at the time of the stoppage.